The sun never sets on Forbes

A roundup of brand's international edition 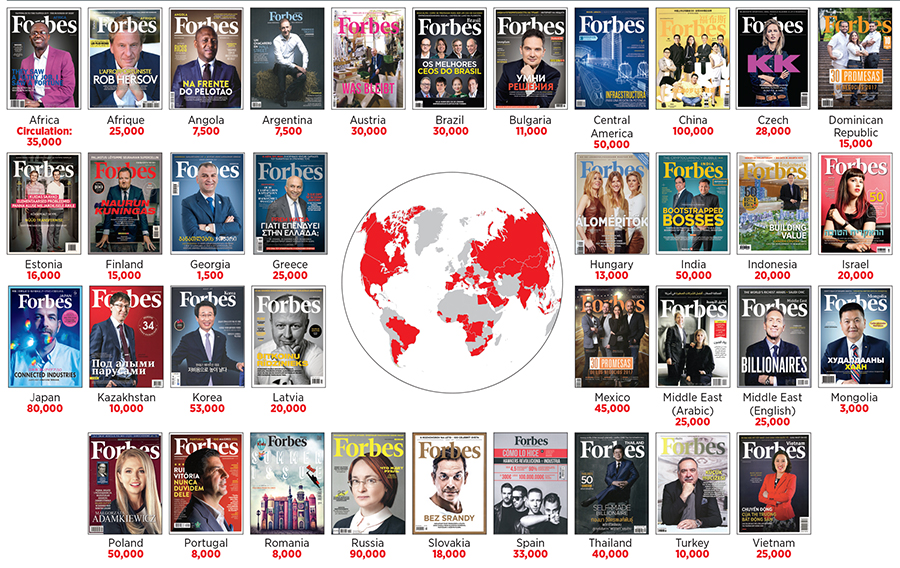 Forbes may have been covering the world of business since 1917, but for most of the magazine’s early history its focus was the United States.

American capitalism, of course, is a powerful, irresistible export, and in 1990, Forbes launched a co-branded magazine in Germany called !Forbes von Burda. (And, yes, there was an exclamation point before the name.) In 1992, the first official international edition of Forbes debuted in Japan, and 25 years later, there are 38 editions of Forbes in 68 countries (most recently in Italy) and 27 languages. The expansion has continued digitally as well—the first foreign-language website launched last year in France. Altogether, the world of Forbes stands as a symbol for what Adam Smith foresaw (in 1776, no less)—the wealth of nations.