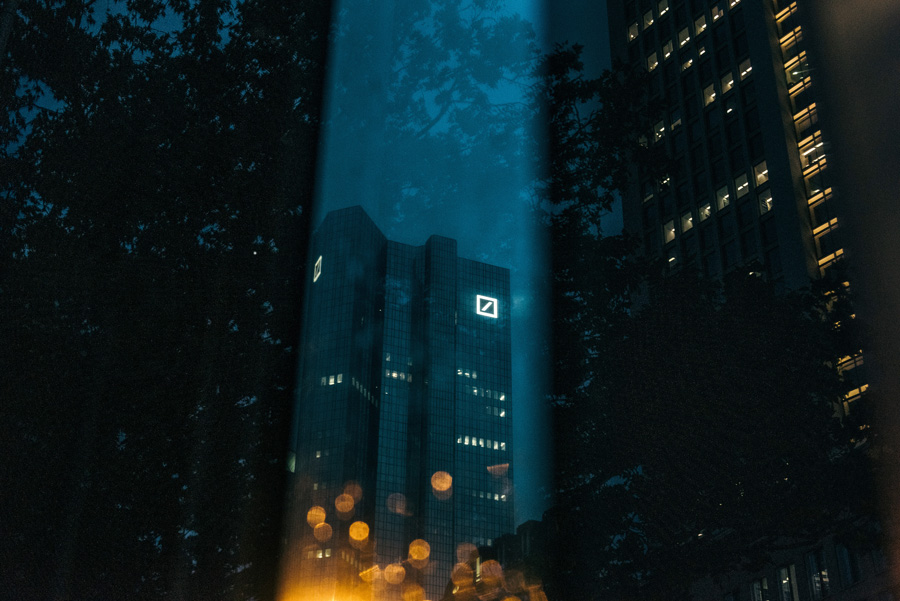 The Deutsche Bank headquarters, seen through a glass elevator shaft, in Frankfurt, Germany, on May 7, 2019. Deutsche Bank on Monday acknowledged a lapse in its money laundering controls, underlining the bank’s continuing struggle to move beyond a series of scandals that have helped push its stock price to a record low. (Felix Schmitt/The New York Times)

FRANKFURT, Germany — Deutsche Bank on Monday acknowledged a lapse in its money laundering controls, underlining the bank’s continuing struggle to move beyond a series of scandals that have helped push its stock price to a record low.

An internal audit uncovered deficiencies in the way the bank processed checks on behalf of clients, Deutsche Bank said in a statement. The audit, which examined the bank’s operations in Britain, did not find any cases of money laundering or breaches of international sanctions that occurred because of the lapses, the bank said.

Deutsche Bank issued the statement after a report in The Financial Times, which said checks processed on behalf of three large corporate clients were supposed be screened by two employees, but instead received only a cursory review by one worker.

The bank, which did not deny the report, said it is working to improve its technology to prevent financial crimes. “We continue to invest substantially” in better controls, it said.

Deutsche Bank has repeatedly come under fire for not doing enough to avoid being a conduit for dirty money and has had a series of embarrassing disclosures about sloppy screening procedures.

Last month, the bank said it found flaws in software used for years to identify cases of possible money laundering. The bank said no suspicious transactions had slipped through as a result.

In November, German law enforcement authorities searched Deutsche Bank headquarters in Frankfurt as part of an investigation into whether bank employees had helped customers use offshore tax havens to transfer money obtained illegally.

Christian Sewing, the Deutsche Bank chief executive, told shareholders last month that the bank has not found evidence of wrongdoing by its employees.

The New York Times recently reported that anti-money-laundering specialists at the bank recommended in 2016 and 2017 that multiple transactions involving legal entities controlled by President Donald Trump and his son-in-law, Jared Kushner, be reported to a federal financial-crime watchdog.

But Deutsche Bank, which has lent billions of dollars to the entities controlled by Trump and Kushner, never filed such reports.

The damage to the bank’s reputation, along with meager profits, have shaken investors and helped push Deutsche Bank shares to a record low. The shares closed at 5.97 euros Friday, just 1 cent above the previous record low of 5.96 euros a day earlier. Stock markets in most of Europe were closed Monday for the Pentecost holiday.

Disclosure of the most recent lapses in money laundering controls comes a few days after Deutsche Bank acknowledged that German prosecutors widened a long-running tax-fraud investigation to include present and former members of the management board.

Deutsche Bank said in a statement Friday that prosecutors added the names because the statute of limitations was about to run out. The prosecutors wanted to preserve their ability to pursue other suspects. Deutsche Bank said it “did not participate” in the so-called cum-ex scheme, in which persons claimed refunds for dividend taxes they had not paid.

A Deutsche Bank spokesman declined to name anyone or comment on news reports that one of them is Garth Ritchie, the head of the investment banking unit.

A spokesman for the state’s attorney in Cologne, which is handling the tax fraud investigation, declined to comment.

Tweets by @forbes_india
Inside the lives of the world's first Street Child Cricket World Cup champions
Tesla, facing setbacks and skeptics, tries to get back on course