The landmark settlement signals a newly aggressive stance by regulators, including the Federal Trade Commission, toward the most powerful technology companies 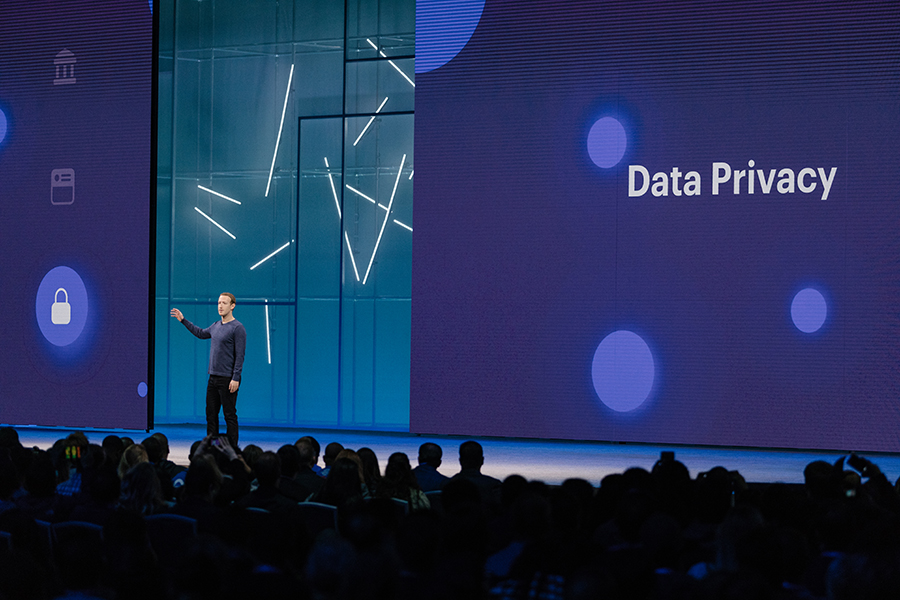 FILE-- Mark Zuckerberg, Facebook’s chief executive, speaks at F8, the company’s annual developer conference in San Jose, Calif., May 1, 2018. The Federal Trade Commission voted in July of 2019 to fine Facebook about $5 billion for mishandling users’ personal information, according to two people briefed on the vote, in what would be a landmark settlement that signals a newly aggressive stance by regulators toward the country’s most powerful technology companies. (Jason Henry/The New York Times)

The Federal Trade Commission voted this week to fine Facebook about $5 billion for mishandling users’ personal information, according to two people briefed on the vote, in what would be a landmark settlement that signals a newly aggressive stance by regulators toward the country’s most powerful technology companies.

The agency approved the settlement in a 3-2 vote along party lines, with the two Democrats voting against it, said the people, who would speak only the condition of anonymity.

The deal still needs final approval from the Justice Department, which rarely rejects settlements reached by the agency. If approved, it would be the biggest fine by far levied by the federal government against a technology company, easily eclipsing the $22 million imposed on Google in 2012. The size of the penalty underscored the rising frustration among Washington officials with how Silicon Valley giants collect, store and use people’s information.

In addition to the fine, Facebook agreed to more comprehensive oversight of how it handles user data, according to the people. But none of the conditions in the settlement will restrict Facebook’s ability to collect and share data with third parties. That decision appeared to split the five-member commission: The two Democrats who voted against the deal sought stricter limits on the company, the people said.

The settlement with Facebook would be one of the most aggressive regulatory actions by the Trump administration, and a sign of its willingness to punish one of the country’s biggest and most powerful companies. President Donald Trump has dialed back regulations in many industries, but the Facebook settlement sets a new bar for privacy enforcement by U.S. officials, who have brought few cases against large Silicon Valley companies.

Until now, the biggest fines and restrictions against the companies have come from Europe. Officials there have imposed several charges of antitrust and privacy laws against Amazon, Apple, Facebook and Google. Last year, the European Union fined Google $5.1 billion for abusing its large market share in the mobile phone industry.

But in recent weeks, U.S. regulators and lawmakers of both parties have taken a more combative stance toward the tech giants. Congress started an antitrust investigation into how the biggest tech companies have harmed consumers and impeded competition. The Justice Department and the FTC divvied up responsibility for potential antitrust investigations into several of the companies.

On Thursday, Trump took shots at Facebook and other social media companies, accusing them of being biased against conservatives. He also took to Twitter to criticize Facebook’s latest initiative into cryptocurrency — a project called Libra, which is still in its early stages — saying that Facebook’s proposed coin would never usurp the dollar. David Marcus, the Facebook executive in charge of Libra, is scheduled to appear before Congress next week to explain and defend the initiative.

Peter Kaplan, a spokesman for the FTC, declined to comment.

Shares of Facebook surged to $205.27 — the stock’s highest price in the past year — in after-hours trading Friday after news of the vote became public.

The Wall Street Journal earlier reported on the vote by the commission.