North Karnataka, with its entrepreneurs and engineering talent, has a culture of sharing resources to tap opportunities. But infrastructure woes hobble meaningful growth 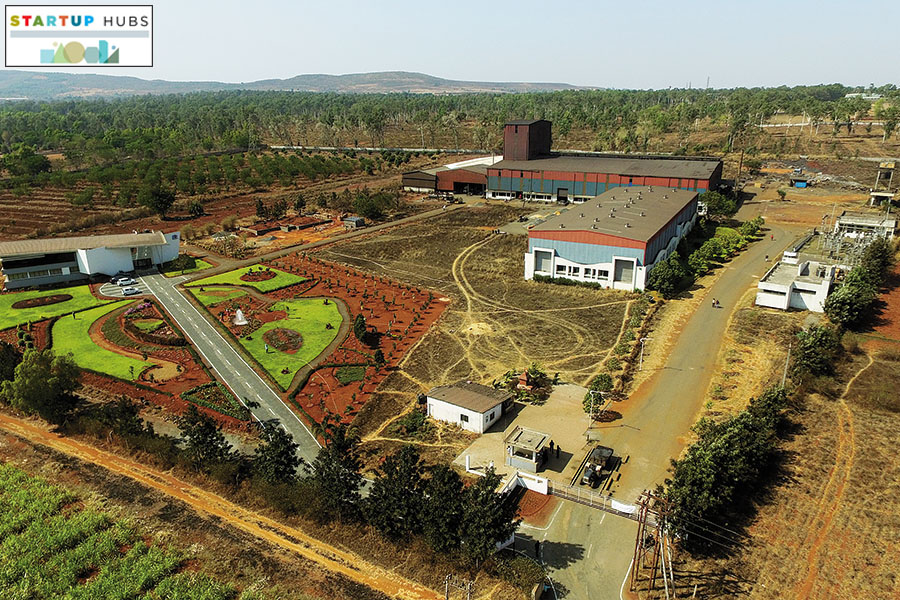 The AKP Group set up a castings manufacturing facility in Belagavi, AKP FerroCast, in 2008

Last August, when Sohan Maheshwar, an Alexa Evangelist at Amazon, organised an Alexathon in Hubballi, a city in north Karnataka, something unexpected happened. Alexathons are workshops where student developers and startup teams develop ‘skills’ (the equivalent of apps) for Alexa, Amazon’s virtual assistant that powers voice interactions, podcasts and audiobooks on its Echo speakers. The turnout at the Deshpande Foundation’s Sandbox Startups in Hubballi, with 200 attendees coming from nearby districts in Karnataka, Maharashtra and Telangana, was double the usual number of attendees at Alexathons held in other cities. It even outnumbered the turnout in the metros.

If Hubballi (erstwhile Hubli) outdid all other cities, it is because of its innate ability to produce and attract young engineers from surrounding districts and states. It is also because of the geographic quirks of north Karnataka, with the shared history of cities like Hubballi, Dharwad, Belagavi, Haveri and Koppal. That’s what makes the growth prospects of north Karnataka complicated.

Engineering legacy
Since 1962, Hubballi has been one half of Hubballi-Dharwad, Karnataka’s second-largest city, after Bengaluru. Like Belagavi (or Belgaum) located just over two hours away, Hubballi has a rich tradition of manufacturing, while Dharwad has evolved into an academic and education centre. “Dharwad was at the southern tip of Maharashtra in pre-independent India, when the town was part of Bombay state,” says Anil G Mudbidri, sociology professor and author of The Town and The Raj: Urbanization in British India.

In 1956 Dharwad became a part of Karnataka (then Mysore state). “Until 1962, Dharwad had its own municipal corporation. But Hubballi and Dharwad came together to become the second-largest city in Karnataka, which was vital to get a greater allocation of development funds,” Mudbidri explains, about how the twin cities became the face of north Karnataka.

“A lot of engineering talent from north Karnataka migrated to Pune or Bengaluru because of lack of opportunities,” says Aravind Melligiri, founder and chairman of Aequs, an aerospace components manufacturer headquartered in Houston, United States, which set up a Special Economic Zone (SEZ) in Belagavi in 2010 for an aerospace manufacturing hub. “If we provide opportunities in the region, the engineering graduates will stay, and we can sustain it because of this available talent.”

Melligiri himself spent his formative years in Hubballi before graduating from Regional College of Engineering in Surathkal and moving to the US. In 1997 he co-founded aerospace engineering services firm Quest Global with Ajit Prabhu. By 2009, as swathes of engineering and R&D services shops from India tapped into the IT opportunity, Melligiri wanted to move Quest to a higher level in the aerospace value-chain by manufacturing parts.

Quest had the client base, but needed a manufacturing base in India to be sustainable. That’s where north Karnataka made sense, because real estate and talent costs were lower than Bengaluru’s. Since being set up in 2014 in Belagavi, Aequs (formerly Quest Manufacturing] has raised $200 million in debt and equity to harness the SEZ benefits, engineering talent and labour availability in north Karnataka.

Even as Aequs grew to a 2,000-people organisation, Melligiri was aware it could not be the only company to fulfil every requirement of customers, because of the low volume, high cost and long gestation period of component development programmes. That’s why Aequs began to usher in partner companies, such as Magellan Aerospace for surface treatment, Aubert & Duval for forging, Saab for assemblies, and Apollo Aerospace Components as tenants in the Belagavi SEZ, to manufacture for local and overseas demand.

“Belagavi has a large number of machining businesses because it began as the back-end of the Pune automotive industry. So there is a manufacturing culture,” he says. “We had expats operating in our business from Day 1 to plug the knowledge gaps.” By 2017, Melligiri applied the same principle to incept a toy-manufacturing unit in Koppal, which aims to attract Chinese companies that specialise in electronic toys. In effect, Aequs has become an investment vehicle that develops manufacturing hubs.

While India skipped the manufacturing wave because of infrastructure and capital challenges, and jumped directly to services, Melligiri wants to up-skill and organise the labour pool for a manufacturing renaissance by bringing companies from around the world to north Karnataka. But he feels infrastructure woes of Hubballi threaten to derail the opportunity. For instance, the Hubballi-Dharwad Bus Rapid Transit System (BRTS) took seven years to launch. A top-down plan meant the works disrupted traffic, even as residents and businesses had opposed the BRTS from the beginning.

Even in 2006, Melligiri’s Quest Global wanted to be the anchor company and set up an IT SEZ in Hubballi to attract regional software engineering talent, but it didn’t take off. An IT SEZ is an engine of sops, and had helped Bengaluru attract companies, such as Infosys and Wipro, at subsidised costs, which in turn attract talent. Hubballi has never had an IT SEZ, and Infosys’s Hubballi-Dharwad campus, with a capacity of 2,000, is not operational because of infrastructural issues.

That’s why Koppal and Belagavi have, in some ways, scored over Hubballi so far, although they too have their own hurdles. 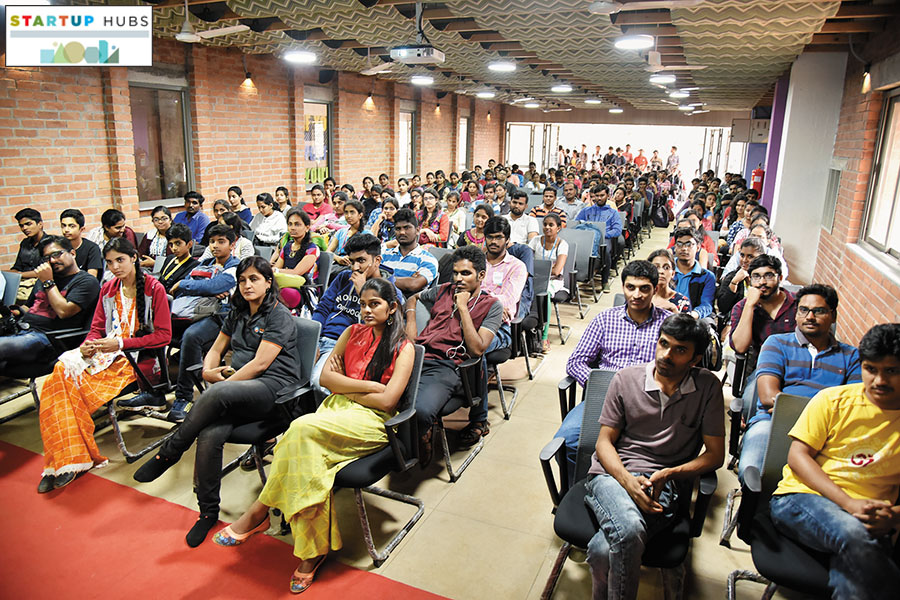 Developers at the prize-giving ceremony of the Hubballi Alexathon, in North Karnataka
Image: Kiran Bakale for Forbes India

Pooling Resources
In early 2018, industrialists and entrepreneurs of small and medium enterprises (SMEs) from Belagavi met then Minister of Civil Aviation Suresh Prabhu. For more than two months, flights to the Belagavi airport had stopped. The central government’s Udan scheme to incentivise regional air connectivity had selected Hubballi-Dharwad for an airport, giving airlines better subsidies for routes that involved the city. But while it helped Hubballi-Dharwad, it hurt Belagavi’s hotel industry and its industrial cluster, which includes global customers like GE and Cummins.

The irony was inescapable last year. Even as north Karnataka demanded separate statehood in a show of unity against the preferential treatment to Bengaluru, the government schemes for any one city in the northern region were coming at the cost of its neighbours. The cities of Hubballi, Haveri and Belagavi were part of the protests, demanding that government departments move to north Karnataka from Bengaluru.

Belagavi has a lot to lose because of its infrastructure woes, says Parag Bhandare, managing director of AKP Ferrocast, and chairman of the Institute of Indian Foundrymen, Belgaum Chapter. The city has more than 140 foundries, and produces 100,000 tonnes of castings every year. “Kolhapur and Belagavi specialise in small to medium volumes for high quality castings,” says Bhandare. “Whatever development you see in Belagavi is because of the entrepreneurs with hardly any support from government.” For instance, the industrial cluster set up a ₹28-crore common testing facility for small entrepreneurs, with government aid, in 2008. “Small foundries that cannot invest in such infrastructure send their parts to get it tested at a nominal price,” explains Bhandare.

He adds that the exports business for the city’s castings manufacturers is heavily dependent on the Nhava Sheva Sea Port, 480 km away. There is a container depot in Desur, in Belagavi district, but it is non-functional. “The manufacturers have to source logistics from the port, and bear a markup of ₹50,000 to ₹60,000 per container, which travels empty one way. The planning has not been right.” 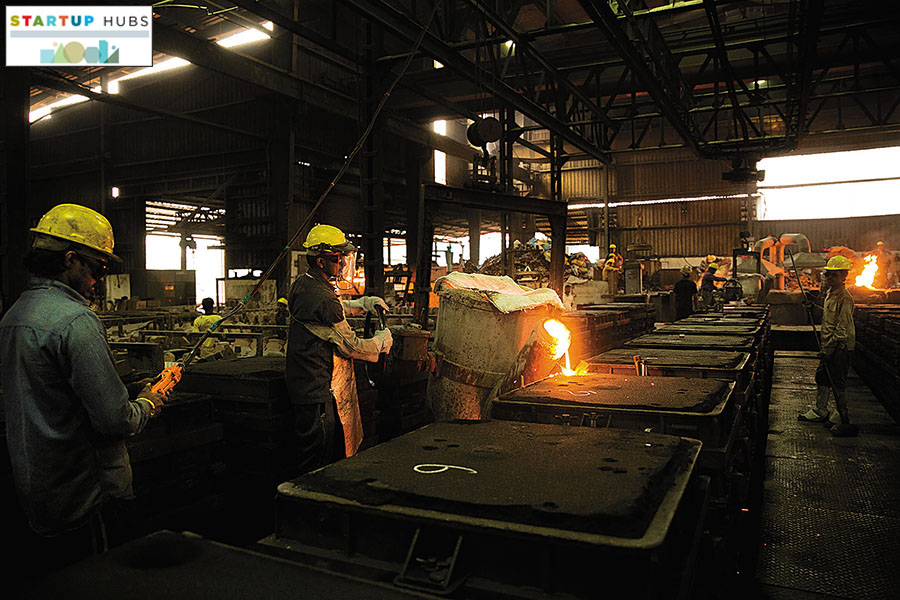 Belagavi has more than 140 foundries, and produces 100,000 tonnes of castings every year
Image: Vinay Patil for Forbes India

In the absence of infrastructure development, common platforms are the only way forward for business in north Karnataka. If Melligiri envisaged the SEZ-oriented hub, and the foundries are using a common testing facility, Hubballi has the Sandbox Startups Incubation Center (SSIC), the brainchild of Gururaj Deshpande.

Deshpande co-founded optical fibre equipment manufacturer Sycamore Networks in the US and took it to a public listing in the late 1990s. The Deshpande Foundation opened SSIC in Hubballi last year. It now houses a Makers Lab for technology entrepreneurs, and an Electronics System Design & Manufacturing (ESDM) Cluster, which provides startups in the field of medical devices and Internet of Things (IoT) with labs and equipment to make prototypes of their products; the startups, therefore, do not need to invest in 3D printing labs or other expensive equipment for different technologies. The state government has provided financial support to the ESDM Cluster.

The incubation centre also helps entrepreneurs tap into local markets and unaddressed markets. For example, Freshboxx, which began in Hubballi with B2C ambitions like BigBasket, changed its focus to address the B2B segments to improve revenues. It now provides fresh fruits and vegetables to hotels, retail chains and shops in Hubballi-Dharwad and Belagavi, and is getting ready to expand into Karwar and Goa.

SSIC has attracted ventures like LinkEZ, an IoT-based startup that wants to make a smart factory for SMEs, and Oscillo Machines, which designs and prototypes paddy transplanters and harvesters. “We help such ventures get initial customers or the right global partners,” says CM Patil, CEO, SSIC.

Nexus3D, one of the startups that won a ₹2.5-lakh prize at a Sandbox Startups Bootcamp, began as a 3D printing outfit and evolved into an online aggregator to help SMEs and engineering service companies—which require 3D printing to prototype new designs—access 3D printing vendors in the region.

“We learnt that different customers have different 3D printing needs and price requirements, which is better to address rather than just us giving a 3D printing service,” says Vikas Hutagikar, founder of Nexus 3D in Hubballi. “It means more revenue for us, and a one-stop 3D printing shop for customers to place their orders.” Its differentiation is a proprietary algorithm to calculate the best price quotes for customers in less than 30 seconds. “Basically, it analyses a 3D printing file after the customer sends it, checks if that part is printable or not, and gives a price quote depending on parameters such as material selected,” he explains. Although headquartered at the Sandbox Startups in Hubballi-Dharwad, Nexus 3D is accessible to clients in any part of India.

SSIC is a not-for-profit company recognised by the central government’s Department of Science and Technology, and has spawned more than 40 startups in seven years. “The whole region has so much potential and talent,” says Melligiri. “There are a lot of entrepreneurs that Sandbox is willing to bet on. Deshpande has done a great job. But how do entrepreneurs take the next step, from growth to maturity? There’s a great startup situation, then what happens?”

So far, north Karnataka has got a boost from the successful entrepreneurs it has produced, with Melligiri and Deshpande providing the required thrust to its engineering talent pool, like Wipro and Infosys did in Bengaluru. However, the state government needs to ensure it doesn’t repeat the mistakes of poor infrastructure planning, like it did in the capital city, and make north Karnataka an obvious alternative to Bengaluru.