Good news: Fewer children are dying, across the world

More than a quarter of the global drop in child mortality reflects progress in India, the world's second-most populous country. Here, 1.2 million fewer children died in 2017 than in 2000 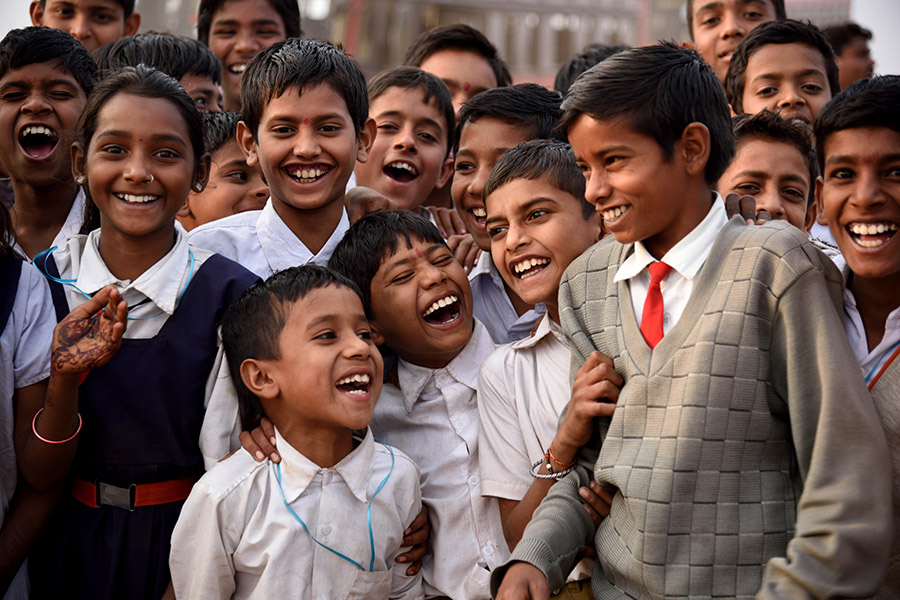 Two decades ago, nearly 10 million children did not live to see a fifth birthday.

By 2017, that number — about 1 in every 16 children — was nearly cut in half, even as the world’s population increased by more than 1 billion people.

The sharp decline in childhood mortality reflects work by governments and international aid groups to fight child poverty and the diseases that are most lethal to poor children: neonatal disorders, pneumonia, diarrhea and malaria. But a research report shows the results are also highly unbalanced. In some places, children’s health has improved drastically. In others, many still die very early.

From 2000 to 2017, all but one of the 97 low-to-middle-income countries that account for the vast majority of deaths of young children lowered their child mortality rates. (The exception was Syria, which has endured a devastating civil war.)

The report was released Tuesday by the Bill and Melinda Gates Foundation, along with a research team at the Institute for Health Metrics and Evaluation at the University of Washington, led by Stephen Lim, the institute’s senior director of science and engineering.

The data reveal a wide disparity of outcomes in early child mortality both across countries and within them. The researchers project that if current rates of progress continue, nearly two-thirds of children in the poorest countries will still live in districts that won’t meet United Nations development goals by 2030.

“The inequality in that progress is still quite stunning,” Bill Gates said in a call with reporters.

By combining detailed survey data with statistical models, the researchers were able to map child mortality in much greater geographic detail than previous estimates.

From 2000 to 2017, death rates for children under 5 fell in all but one of 97 countries. Experts say reduced childhood mortality is also a marker of healthier, more stable conditions for adults. Lawrence Gostin, a professor of global health law at Georgetown and director of the World Health Organization’s center on global health law, described it as a health version of “the canary in the coal mine.”

Mothers who lose fewer young children tend to have fewer children, reducing their own risk of death in childbirth and increasing their ability to improve the economic prospects of their households, said Ashish Jha, a physician with the Harvard T.H. Chan School of Public Health and director of the Harvard Global Health Institute. “It has huge implications for the family,” he said.

The overwhelming majority of child deaths are preventable. Adequate nutrition, water, sanitation, vaccines and antibiotics can save many lives. And it’s not always a matter of money; often there are cultural or political roadblocks. Malnutrition was a contributing factor in nearly half of these deaths.

Dean Jamison, a professor emeritus of global health at the University of California, San Francisco, cautioned against assigning too much precision to the estimates or using them to measure the success of specific health policies.

But for a big-picture sense of how things have changed over time and place, estimates like these are “probably the best you can do,” he said.

Here’s a look at what’s behind changes in five parts of the world.

India
More than a quarter of the global drop in child mortality reflects progress in India, the world’s second-most populous country. There, 1.2 million fewer children died in 2017 than in 2000.

But the gains are not distributed evenly. Southern India has experienced tremendous improvements. Thanks to a combination of economic growth and state policy, as few as 1 in 50 children under age 5 die. States in northern India have comparatively high rates of child death, closer to 1 in 10.

Nigeria
Regional inequality is especially pronounced in Nigeria. A child born in districts around Lagos, the country’s largest city, has about a 1 in 16 chance of dying before age 5. But things are very different for children in the country’s far north, along the border with Niger, who experience death rates higher than nearly anywhere else in the world. There, 1 in 5 children die before age 5.

The divergent experiences of Nigeria reflect trends that experts say permeate the map of child mortality. Northern Nigeria has endured prolonged violence and political instability, displacing many residents. “If they’re being forced from their homes and communities because of violence, it’s more difficult for them to access essential services they need like health care if they get sick,” said Christopher Tidey, a spokesman at UNICEF. “If they are on the move, that has implications for food security.”

Northern Nigeria, part of the Sahel Belt, has also suffered from drought and food shortages, in part due to climate change.

Thailand
Thailand, by contrast, is a leader in national equality among the countries surveyed. Each of its districts meets the development goal of no more than 1 in 40 children dying before age 5. Thailand’s economy is stronger than those of its neighbors. But it also owes some of its success to its investments in health care and its focus on primary care for its citizens.

Thailand’s regional neighbors have also made significant improvements. Vietnam, in particular, has relatively similar child mortality rates in most parts of the country.

Southern Africa
In many southern African countries, reductions in HIV deaths have made a difference. South Africa and Botswana saw some of the largest reductions. In 2017, an estimated 77,000 children died from HIV worldwide, compared with about 246,000 in 2000.

Haiti
The earthquake that struck Haiti in 2010 was a big setback for the country’s childhood mortality rate. It worsened many of the factors that can lead to child deaths: more infectious disease risk; less food and safe housing; greater difficulties getting medical care.

Li Liu, a population health researcher at Johns Hopkins University in Baltimore, said the country’s experience was an opportunity for scholars to understand how natural disasters can influence public health. “Global health has limited experience in understanding child mortality in that setting,” she said.

Challenges ahead
Continued progress in early childhood mortality may depend not just on health systems but also on the politics and environmental stability of countries that are still struggling.

Jha said he worried that the experience in northern Nigeria might be a cautionary tale. Climate change may make access to good nutrition harder in some parts of the world and could prompt violence. He said he was concerned that progress was “going to slow or even reverse if climate change goes unabated.”

Still, the overall trend is a positive one. And the new, granular data could help governments and development groups better focus their resources to address the inequality within countries.

“It’s not a very long list of things that kill kids in large numbers,” Jamison said. “Most of the items on that list can be addressed inexpensively.”