How does one hire for potential

How leadership by hubris makes it difficult to hire for potential 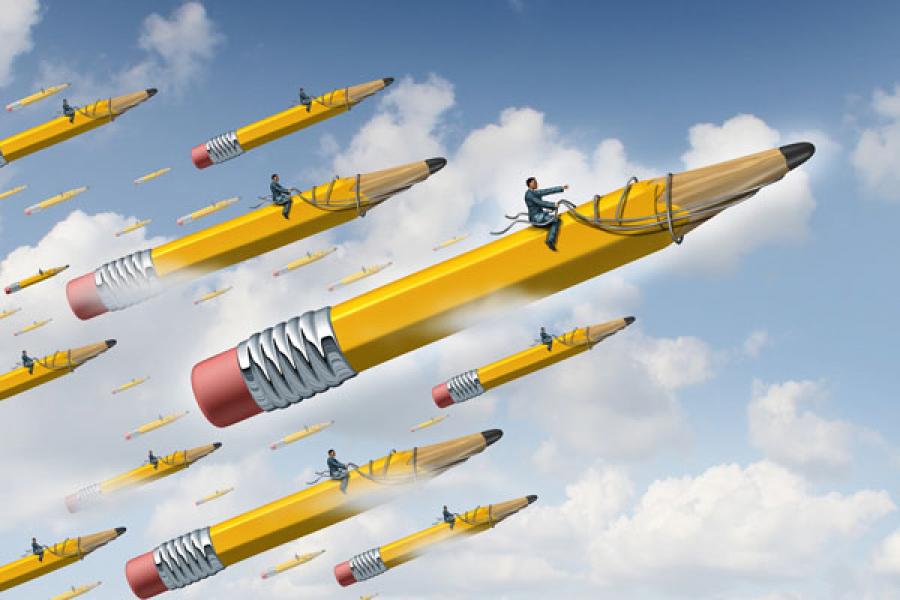 Every headhunter faces this conundrum. Recently, it was my turn to stare it in the face. At a meeting with the leadership team of a multi-billion-dollar IT firm, the Global HR head leaned over and asked — “how does one really hire for potential? It’s something we haven’t been able to de-code. Could you help us?”

It seemed a rhetorical ask, to assess where I would go with the answer, because there are a couple of predictable paths to choose from. First, there’s the textbook answer — that potential is not to be judged by past performance alone, but on the ability to adapt to the future. Second, to pick a bunch of human characteristics that labour the first point — resilience, agility, creativity, non-conformity and temperament. Sadly, I, too, took shelter in the predictable.

As search consultants, we spend our days meeting a lot of successful people who spend an inordinate amount of time outlining their careers. The most fascinating part of the experience always lies in ignoring the past and peering into the future. Will they continue on their path of success? Am I speaking to the future CEO of a global organisation? Could I accurately spot talent, not for what they have achieved, but for what they are capable of becoming? In essence, could I accurately spot potential?

Why is potential so difficult to identify? The muddle exists due to the way organisations have historically been structured. By design, companies are inherently undemocratic. It’s largely leadership by command and control, with a fistful of hubris tossed in. The senior management run a tight ship on how best to deliver a product or a service and there are codified norms of interaction.

Voltaire’s principle of ‘disagreement without malice’ is something few companies genuinely understand, let alone embrace. It’s rare to find a CEO who genuinely encourages his team to question policy. At best, it might be tolerated at stimulated scenarios — say at an informal company dinner or at a peer-attended social gathering, where collateral damage is likely to be limited.

There is, however, no real Speaker’s Corner where an employee could stand up and make an impassionate speech debating business decisions, if only to provide a radically alternative view. A platform that allows them to share their opinions without appearing untrustworthy is absent.

Traditionally, Shareholder Activists and Unions have played this role, in part; never the mainstream employee.

This is unfortunate, as the ‘conflict of ideas’ is the engine of change. It creates leaders, especially those who break the mould and provide insight; namely, high potential leaders.

Embracing disagreement doesn’t have to be dramatic. Nobody is making the case for a coup. Rather, it’s about creating elbow room wherein employees are encouraged not to surrender their critical faculties in the face of conformity.

Some of the greatest firms in the world have tried to institutionalise dialogue and its impact on leadership potential – McKinsey, GE, Unilever and Vodafone being the notable few in recent times that have genuinely invested in understanding high-potential leadership.

Sadly, not enough has been done. It calls for a radical transformation among corporate houses, especially in this age of social media, where unsolicited feedback is instant and stubbornly loud.

It’s going to be a tough transition. There will, invariably, be blood on the carpet because CEOs and board members, unlike politicians, are not known to have thick skins. Several are notoriously egoistic and many tend to be poor listeners. The hierarchical structure they have relied on has trained them to behave this way. They view tough arguments from subordinates as an almost Shakespearean affront — “I taught him language…..and his profit on it is that he can curse?”

But the truism will continue to endure – mindless conformity kills potential. Good leaders recognise that. That’s why they never hire in their own image. If anything, their successor looks nothing like them. And the best ones groom or hire people who aren’t afraid to question them.

As for search consultants, every one of us across the globe is scurrying to hone our skills on ‘hiring for potential’. A few are even contemplating writing a book on it – bolstered by the adage that every good headhunter has at least one book inside of her on the topic. Thankfully, the best ones will keep it there.

The author is a London based executive search consultant. The views expressed are personal.

Tweets by @forbesindia
Being Salman Khan is tough business
Tendulkar on a new pitch: Assembling a BMW