How Ford is trying to get the 'new car smell' right

Ford may be the only automaker in the world that has a dedicated team of fragrance experts it calls super-smellers; it has an odor factory in China, and their job is to smell every material that may make it to the inside of a car to make sure they get the new-car smell just right. 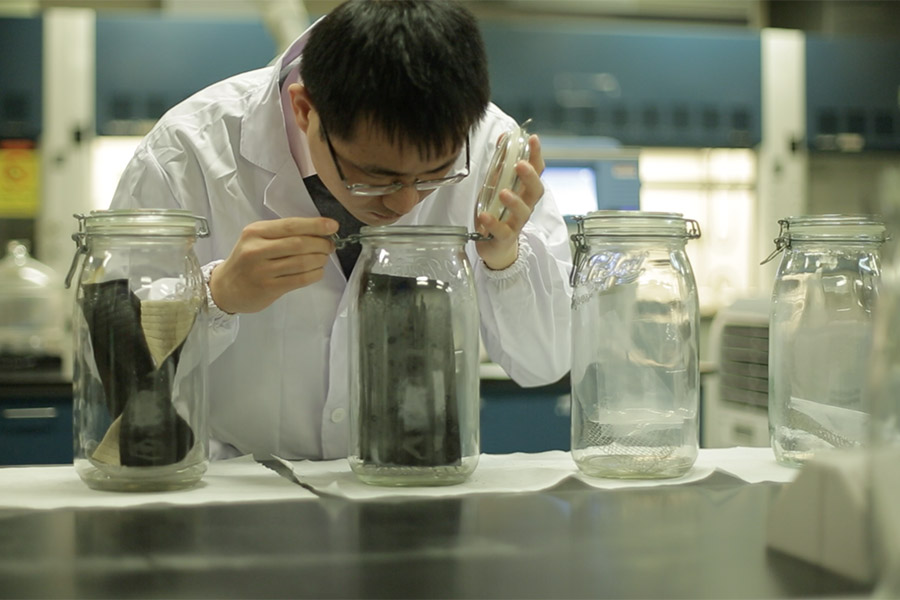 A Ford Motor Company 'super smeller' engineer at work
Car owners spend a significant amount of time in their vehicle - driving, travelling to and from work, to a supermarket or going on a road trip.

There are several studies that put a number to the amount of time people spend in their cars. According to a report by the AAA Foundation on Traffic Safety conducted last year, Americans spend an average 17,600 minutes driving every year or about 293.33 hours in their cars every year.

In India, a Ford Motor Company Driving Habits Survey (2015) had found that Indians spend more time driving their cars than people in Australia, China, Thailand, and Philippines. The report – which included time spent in daily commute, short weekend trips, and longer road trips – found that 49% respondents in India spend 12 hours or more per week in their cars.

Given the amount of time that people spend inside a car, fragrance is expected to play an important role in the car buying decision. The smell of a new car has the ability to make or mar a purchase decision. For example, some people may like the smell of leather interiors while others may like the smell of polish or car wax which is used to shine the interiors. There are studies that suggest that car buyers across the world prefer different smells – A J.D. Power 2016 China Initial Quality Study found that in China, “The most frequently reported problem is unpleasant interior smell/ odor.” This was the top problem for second year in a row in China. Given the importance of the 'new car smell', it was only about time that it was recognised as an important factor for the car buying decision. It is this knowledge that led the Ford to set up its first odor factory in 2008 in Nanjing, China. A Bloomberg report had quoted Jeff Cai, general manager of auto product and quality at J.D. Power China, as saying, “Smog and indoor pollution have made Chinese consumers paranoid about smells in new cars, and thus the problem is actually exaggerated. On the other hand, there’s a group of consumers in Europe and the US, who are so fond of it that they will buy new car smell spray to keep it as long as possible.” Given how different geographies perceive the new car smell, apart from China, Ford has odor factories in the US and Europe too. To deliver the perfect car smell, Ford now has a team of ‘super smellers’ as it calls it odor engineers. Today, it employs 18 such super smellers in the China factory that run about 300 odor tests on car materials and components that go into its Asia Pacific vehicles, the carmaker said in a blogpost.

The super smellers are picked from within the company and are put through smell tests to judge samples in 16 jars. Ford has a strict set of rules for its smellers - You can’t smoke, wear perfume, or don leather jackets. Be ready to throw out your nail polishes and shampoos with strong scents too, the carmaker said. 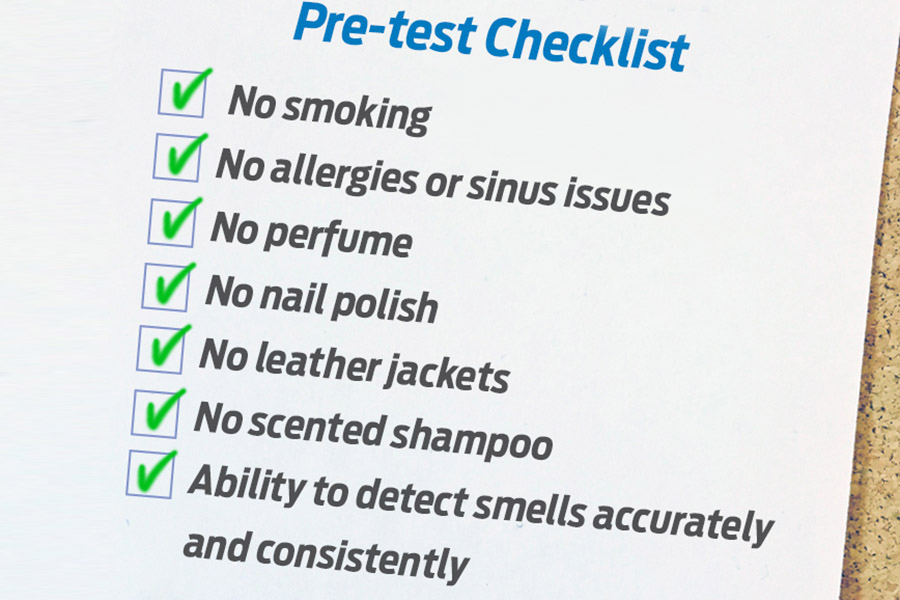 Ford has a stringent check list for potential 'super smeller' engineers
It is also not enough to pass the test once to retain yourself on the team. Ford makes its smell engineers retake the test and take several other smaller tests every year to make sure its smellers are always on the top of their game.
We spoke to Andy Pan, Supervisor – Fastener Engineering, Materials Engineering & Materials Lab, Ford Asia Pacific. He leads Ford’s Asia Pacific odor factory, and ‘super smeller’ Mike Feng, a smell tester with Ford, to find out more about the unique odor factory. 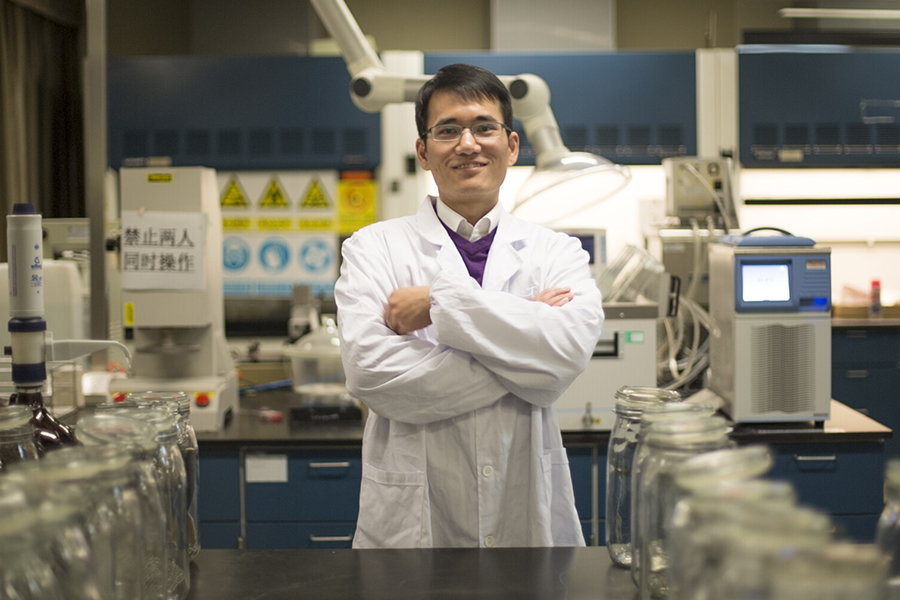 Andy Pan, Supervisor - Fastener Engineering, Materials Engineering & Materials Lab, Ford Asia Pacific
When did Ford start taking smell into consideration in designing cars?
Ford first established its Asia Pacific odor laboratory in Nanjing in 2008. We started with six people, and have since tripled the number to 18.

Ford also has odor labs in various countries to make sure its vehicles appeal to an international audience.

What effects does car scent have on sales?
Our perception about the world is built on multiple senses. Whether we want to buy a car or a house, it’s generally our multi-sensory impression of a product or service that dictates how we feel about it.

At Ford, we put a lot of effort to ensure all senses are catered for: from hearing – creating a quiet cabin environment and ensuring low noise, vibration and harshness, to touch – ensuring the materials we use are durable yet comfortable. Smell is the most sensitive and powerful of the five senses, so we place extra emphasis on this.
While it’s difficult to quantify the impact on sales, and this would vary from country to country, odor-related complaints regularly top the charts as the most frequently reported problem in the JD Power China Initial Quality Study.
Mike Feng – Materials Engineering Engineer, Ford Asia Pacific

Describe a smell test
We imagine that each jar (with materials) is the inside of a car. Opening the jar is like opening the door and the smells that you would experience. The test temperatures we use are 23-degrees C, 40-degrees C and 65-degrees C. We assess each material on this basis so when the cars finally roll off the assembly line they smell just right.

What are the qualities of a super smeller?
We imagine ourselves as the ‘nose of the customer’; we try to smell things from their perspective.
There are two key characteristics that make a good smeller – sensitivity, ie can we differentiate the intensity correctly? – and stability, ie are we consistent in the way we rate different smells?

When we first signed up to be ‘smellers’, we went through a blind test using 16 different jars. What we didn’t know was that several jars contained the same material. Doing this ‘blind’ test, we needed to demonstrate stability.

We also need to correctly differentiate the intensity of the six jars with different concentrations of n-butanol solution that are set up randomly.

On a lighter note, my colleagues and I joke that at lunchtime, I can smell what food is being served in the canteen before anyone else can

What is your background in smelling?
I majored in analytical chemistry at University, which gave me a strong scientific basis for working in this field, and using our equipment and procedures to test odor. I’ve worked as a “smeller” for nearly four years now – 18 months in a third party lab, and more than two years with Ford. I now lead the odor panelist selection for our Asia Pacific lab in Nanjing.

What's your favorite car smell?
Like many other Chinese people, I tend to prefer subtle scents in my car. Aside from car smells, I really love subtle floral scents.

Tweets by @forbes_india
Local players challenge global giants as India takes to the cloud
India has the scope to go straight to the cloud: Microsoft India president