How to take a do-it-yourself sabbatical

Outside of academia, sabbaticals are relatively rare. Once unthinkable to previous generations, the career timeout is no longer unheard-of, with people quitting their jobs to travel, pursue a side hustle, reflect on a career change or just recover from burnout 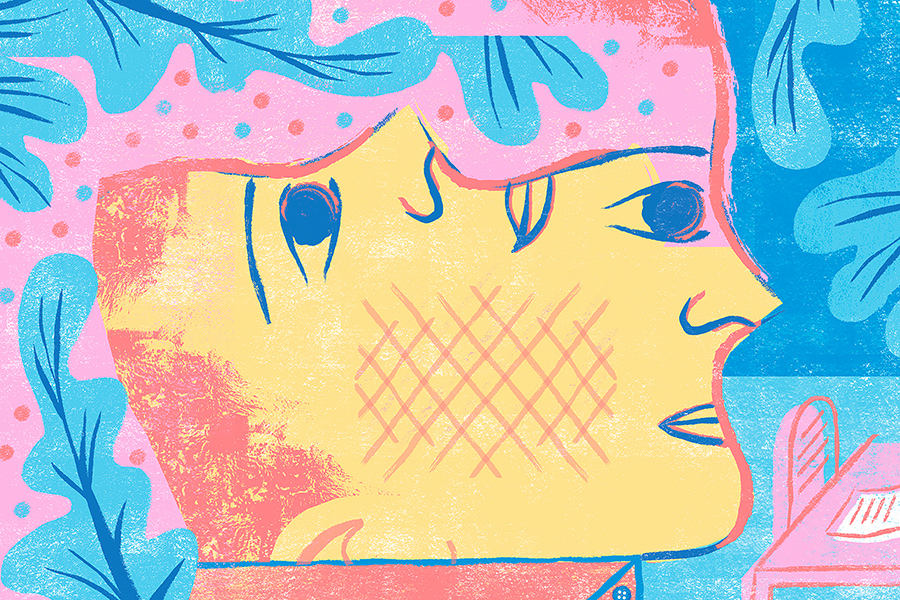 While some prominent companies offer sabbaticals, the perk is still relatively rare outside of academia. Millennials seem to be leading a make-your-own-sabbatical movement by simply quitting their jobs — to travel, pursue a side hustle, reflect on a career change or just recover from burnout. (James O'Brien/The New York Times)

At Birchbox, the beauty and grooming subscription service, there is something called the “tri-bat.” Birchbox offers full-time employees who have been with the company for three years a $750 stipend (on top of their salary) and three weeks off in addition to standard vacation time. At six years of service, employees receive the same time off and $1,500.

The goal of the tri-bat (a play on “sabbatical”) is for workers to completely disconnect from Birchbox for a time, said Pooja Agarwal, the chief operating officer. And unlike vacation, portions of which often go unused even as workers feel overstressed, Birchbox employees take advantage of the program. In the past two years, among the firm’s United States workforce of 120, there have been 42 tri-bats.

“A lot of employees have used it to get perspective,” Agarwal said. “People have used them for once-in-a-lifetime trips, like climbing Mount Kilimanjaro. As adults, you so rarely get to travel for three weeks in a row.”

Sabbaticals are one of the many perks that companies are increasingly offering to retain employees, especially younger workers who want greater flexibility and a better work-life balance.

In February, Ralph Lauren announced a sabbatical program that gives employees of the fashion house a month off, timed to five-year service milestones. In a statement, the company said it believes extended time away from the office allows employees “to pause, refocus and come back more energized.”

Other companies with sabbatical programs include Microsoft, Patagonia and the work space firm Breather.

Still, outside of academia, sabbaticals are relatively rare. According to the Society for Human Resource Management, a professional association, in 2017 only 4% of its members offered paid sabbatical leave.

Millennials may be leading the charge in make-your-own-sabbatical movement. In a recent survey by Deloitte, the accounting and professional firm, about 25% of millennials reported leaving a job in the past 24 months.

Indeed, once unthinkable to previous generations, the career timeout is no longer unheard-of, even as talk heats up of a looming recession, with people quitting their jobs to travel, pursue a side hustle, reflect on a career change or just recover from burnout. Those doing the quitting seem to work in a very specific, privileged class of jobs, like media and publishing rather than, say, manufacturing or the service industry.

Basically, these people are doing what so many of us dream of.

James Feess, 35, earned a master’s degree in advertising, and in 2016, he landed a coveted job as a copywriter at McCann, one of the top ad agencies in the world. Two years later, he put in his notice and “gave myself a year,” he said, to focus on a budget travel website he had been doing on the side, the Savvy Backpacker.

“I thought I’d regret if I didn’t try it,” Feess said. “However it turns out, this is a positive experience.”

Hayley Saltzman, 29, followed a similar path — leaving the security of full-time employment without another job lined up — but for different reasons. After almost six years at Bustle Digital Group, a web publication geared toward millennial women, where she was director of social media, Saltzman quit three months ago. She didn’t like the direction the company was headed in, she said, and was burned out after years of chasing the news cycle and posting stories at 3 a.m.

“My life was my work, it consumed me,” Saltzman said. “I wanted to look at other opportunities and get into a better head space. The hope was maybe four months without a paycheck was doable.”

Alex Soojung-Kim Pang, 55, a Silicon Valley-based consultant and the author of “Rest: Why You Get More Done When You Work Less,” a book that grew out of his three-month sabbatical from Microsoft in 2011, said that the nature of employment in the tech industry means that “a lot of self-sabbaticals” are taking place in the Bay Area.

“There’s enough job hopping that people will end up having periods of a couple of months where they are organically in between jobs,” he said, meaning that they have a job lined up but a future start date. “They can use that time as a sabbatical.”

Stefan Sagmeister, 57, a graphic designer in New York, is perhaps the most famous proponent of the timeout, having given a TED Talk on the subject. After each seven-year period of work, Sagmeister takes a full year off, a strategy he first tried in 2000 because he felt “stuck in the everyday of doing job after job,” and repeated in 2008 and 2016.

He has lived in other countries during his breaks, read and pursued activities that inspire his design practice. After each yearlong pause, he has returned to work renewed.

“The sabbatical is the best strategy I’ve found so that my job remains a calling and doesn’t deteriorate into just a job,” Sagmeister said.

That describes the situation Carl Chisolm found himself in as a middle-school math teacher in New York, spending increasing amounts of time on administrative duties and mandatory testing rather than on his students. He decided to “to take a leap” and quit his job to work an unpaid internship at a Brooklyn photography studio, seeking a possible career change.

“I didn’t have anything lined up,” said Chisolm, 40, now a freelance photographer specializing in editorial fashion. “My unhappiness ranked over the stability of having a job.”

Pressing Pause
In generations past, once you got on a career path, you didn’t step off until retirement. And quitting a job outright — especially one with relative security and good benefits — was considered professionally and financially reckless. Soojung-Kim Pang said: “What I was taught was you stay in the job you hate until you get another job.”

But, he added, “between the faster pace of work, greater uncertainty of careers and the sense that in many fields today you either work heroically hard and get rich and successful by the time you’re 30, or sink beneath the surface and are never heard from again, it’s a perfect recipe for burnout on a mass scale.”

One cure for burnout — or other work-related discontents — seems to be travel. In the Deloitte survey, “travel and seeing the world” was the young respondents’ greatest life goal, more than earning a high salary, owning a home or having children.

Jacqueline Kittivarakul, 36, and her husband, Anton Sattler, 39, quit their corporate jobs in New York, sold their apartment and set off for a trip in June 2018. They planned to be away for more than a year.

Both had successful careers (she in public relations and he in business strategy specializing in entertainment and media), but each wanted to explore other career paths, and they were frustrated that the longest they could travel together consecutively was two weeks each year.

“We didn’t want to wait until retirement to travel because we wanted to seize the opportunity,” Kittivarakul wrote in an email from the island of Cebu in the Philippines.

Sattler wrote, “Tomorrow isn’t promised to anyone,” adding that he views this period for the couple as “a transition into what comes next,” which ideally results in jobs that “give us more freedom to manage our time.”

Of course, it takes a certain amount of privilege, financial security and flexibility to stop working for even a brief period. Someone saddled with student-loan debt or other financial obligations may not be able to. A person of color may be reluctant to quit and come back to the workforce, given the unconscious bias that has been found in hiring practices.

Chisolm, who is African American, said his race was not a personal concern, so much as his fear of “trying to get into a world I knew nothing about.” His father worked his entire life for Con Edison and prized job security, which made Chisolm aware of the risk he was taking.

But, he said, his wife had a full-time job, the rent on their Brooklyn apartment was manageable, and they had no children at the time. “The expenses of life hadn’t really set in,” Chisolm said. “If someone doesn’t have that support system, the safe bet would be to save.”

With no children or student-loan debt, and with the proceeds from the sale of their apartment, Kittivarakul and Sattler were in a position to press pause as well. Sagmeister has no children or spouse, and he also waited to take his first timeout until he was 38 and well established as a graphic designer, with clients that included the Rolling Stones.

Even then, he said, he felt “oddly unprofessional” at first and worried that “I just built up a design studio and it’s going to be forgotten.”

Although Saltzman also came from “an incredibly privileged place,” including no student-loan debt, savings she had amassed over years of working and a husband she shares living expenses with, she, too, felt anxious initially.

“The first question people ask is, ‘What do you do?’ You cannot care too much what other people think.”

But all sabbaticals are temporary. Ideally, her timeout will give Saltzman some perspective about her next career move. And if it only results in bills piling up?