How young you feel influences the way you spend money

Experts now say that the age you feel, as opposed to the years you've accumulated, affects how you save, spend, donate and plan what to leave to heirs 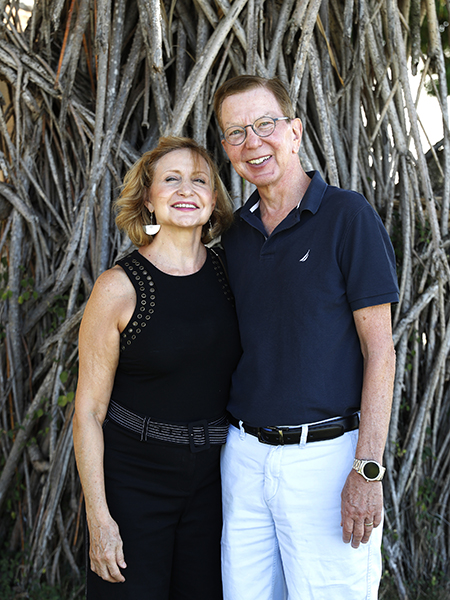 Pilar Moyano, a retired professor of Spanish, and her husband Peter Kent, an engineer who built and ran multiple tech companies over the years, in Honolulu, Sept. 5, 2019. The age you feel, as opposed to the years you’ve accumulated, affects how you think about your money, many experts now believe, influencing how people save, spend, donate and plan what to leave to heirs. (Marco Garcia/The New York Times)

Parents spending days chasing young children around will complain that they feel far older than their years. But their parents — if they have their health and a bit of wealth — are just as likely to say how young and vital they feel, better than they imagined 60, 70 or even 80 could be.

Older people’s ability to proclaim their youth, strength and all-around-great lives appears to be thriving. But the age you feel, as opposed to the years you’ve accumulated, affects how you think about your money, many experts now believe. They say it influences how people save, spend, donate and plan what to leave to heirs.

This effect isn’t confined to the 1% — or even people who are just comfortably upper middle class. Chip Conley, founder of the Modern Elder Academy, said research had found that as long as they are in good health, even those in the lower middle class reassess their finances in their 50s to prepare for longer lives than they might have expected.

Such a reset is not a one-time thing. By their 70s, even rock ‘n’ roll legends are aware of their audiences’ focus on not outliving their money. The current tour of the septuagenarian Rolling Stones is sponsored by the Alliance for Lifetime Income, the trade organization for the annuity business.

Ken Dychtwald, chief executive of Age Wave, which does research and consults with businesses on aging, said he was pleasantly surprised by how great the Stones sounded after a recent concert, but he was equally surprised by their sponsor: a group of some 35 companies whose main product aims to provide retirees with a pensionlike monthly check.

Sex, drugs and a guaranteed annuity? For the Stones, at least, it seems to work — and enable Mick Jagger to continue performing with the gusto of a rocker a third his age.

That pragmatic drive to keep enjoying life is what prompts people to alter their financial decision-making based on how old they feel, not a wishful denial of their true age, Conley said.

While chronological age is fixed and the age you feel is largely in your mind, the reality is that men and women are living longer, affluent men are living longer still and affluent women are living the longest of all. But retiring at 65 and living out your years on what you have saved isn’t possible for many people; it also doesn’t make financial sense and could impair their longevity, researchers said.

So people who feel fit are acting much differently, working longer or taking on side projects to supplement their savings. They’re doing this while traveling and enjoying themselves. In a sense they’re doing what 20-somethings can do without fear.

“People who feel fit and that they’re at the top of their game will probably imagine that they have a long horizon in front of them,” Dychtwald, 69, said. “That’s good news and bad news. They may not fall prey to an illness, but they’re going to live a long time, so they’ll need more money.”

Peter Kent, an engineer who built and ran multiple tech companies over the years from the 6,000-acre residential community Luther Forest in upstate New York, is still president and a board member of AptaMatrix, a sensor technology company.

He said he stopped working full time a few years ago. But that was only because he had other interests he wanted to pursue.

Kent and his wife, Pilar Moyano, a retired professor of Spanish at Union College in Schenectady, New York, live in St. Petersburg, Florida, and travel frequently. They also are part of a lifelong learning group at Eckerd College for retired senior professionals.

“I’m 75, but I feel like 60,” he said. When asked how he felt 15 years ago, he said: “When I was 60 I was working for a startup, and we were just having fun. Startups don’t have a lot of money, but I felt like I was making a contribution and I was having fun.”

The couple is also in an enviable spot: He calculates they have enough money to live comfortably for 30 more years. He attributes that to an experience at the first company he started, Kent Engineering, where some weeks he worried if he would be able to make payroll.

“That was very scary, and I decided that wasn’t a very comfortable position to be in,” Kent said.

Conley said many of the people who are older but spend their money in a youthful way — on things that are meaningful to them but not frivolous — have at some point gone through what he calls a “great midlife edit.”

Usually around 55, the edit helps them pare back all that they accumulated in the first phase of their life, and it makes them more realistic about how they’re going to live longer and be situated to do so. He said that paring-back exercise is as common among lower-middle-class wage earners who realize they will have less to live on as it is upper-middle-class empty nesters who downsize from a house to a condo.

“We try to help people understand the way we live today you’re going to have a lot of adult life ahead of you, so don’t get caught up on how Social Security is going to support you,” Conley, 58, said. “You’re not going to retire at 65. You’re going to have part-time work by desire or need.”

That reframing helps older people remain youthful but pragmatic on financial decisions. A big part of their shift in perception is continuing to earn money in some form much later in life.

“To encourage people to think of working way into their 70s, we talk about how retiring can be bad for your health,” Conley said, mentioning research on longevity rates and retirement. “People need to build skills that allow them to build money. They could be an Airbnb host with a cottage in their backyard, plus $20,000 from Social Security and then part-time consulting at $20,000. That’s enough to live for a very long time.”

However it’s done, these 60- and 70-year-olds are not sitting around watching cable news and waiting for the early bird buffet. If anything, they’re willing themselves to be out and about.

What dollar amount might signal comfort, if not happiness? That’s like asking how long is a piece of string. But one rule of thumb that AARP suggests is an amount per year around 70% to 80% of what you were earning before.

If, however, you’re planning to travel extensively, that number may be closer to 100% of your preretirement income.

The common theme for older people who can spend money like they’re decades younger is self-control. Many showed that self-control when they were younger and began a habit of saving. Others may be faced with a sudden and late realization.

“You see people get into binge savings in their 60s,” said Kelly Goldsmith, associate professor of marketing at Vanderbilt’s Owen Graduate School of Management. “What that suggests to me is as you approach your retirement years, you understand I’m going to be the same person 10 years from now. There is less of a gap between who you are and what you’re going to be.”

Ashok Kalro, a retired researcher at Bell Labs who is a friend of Kent in St. Petersburg, said that at 75 he is far more relaxed around money than he used to be. At 35, he said, he was worried about making and saving enough. At 55, he was concerned about preserving it. But now, having been disciplined during his highest earning years, he is able to spend like a 25-year-old with little worry.

“I feel comfortable in spending on what I need or want,” he said. What holds him back is a desire to ensure money is left for his daughter’s family. “It just prevents me from excess,” he said.

For those who lack much self-control, Goldsmith pointed to experiments by Hal Hershfield at the University of California, Los Angeles, and Daniel Bartels at the University of Chicago, where people were given virtual reality goggles that let them see themselves in their 80s. She said the experience made them more willing to accept long-term rewards over immediate ones, changing how they might make decisions about retirement.

Goldsmith, who has 4-year-old twins, noted that young parents who complain about being old have it all wrong.

“I say I feel old all the time,” she said. “But what I really am is tired. I’m over-scheduled. I’m busy. But that doesn’t make me related to my 80-year-old self.”

That fatigue can be a problem, she said, because of the decisions it provokes. “What I want to do is rebuild my energetic resources, which is a nice way of saying indulge myself,” she said. “I want to spend money in the present and restore my energy.”

Compared with past generations, aging today is a whole new ballgame.

(That 40-something at the beginning of the 20th century would, indeed, have been old — with a life expectancy around 47 in part because of high infant and maternal mortality. But by the end of the century, that number had risen to about 79, with an added bump for nonsmokers and for women.)

And the result is they have changed their way of thinking and living with the financial resources they have. “Old age is a new thing,” Baxter said. And that requires people to reimagine how they’re going to pay for it.

Tweets by @forbes_india
Off his own bat
Podcast: A spotlight on Virat Kohli, the entrepreneur