I'm a historian, not a filmmaker: Gyan Prakash

Bombay Velvet, based on his book Mumbai Fables, released today. He speaks to Forbes India about his love for the city and his intriguing journey 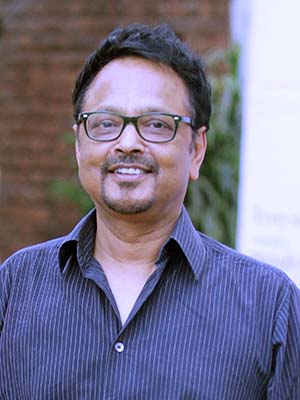 When Mumbai Fables is referred to as a “novel”, Gyan Prakash laughs that his historical book reads like fiction; it’s a testament both to the subject and his treatment of it. His love of Mumbai, which he learnt to yearn for as Bombay, is not because of childhood strings to the city, but rather a boy’s dreams of the sheher. And now it’s the trifecta: His home, the subject of his famous book and the newly released movie, Bombay Velvet. Forbes India sat with the historian to speak about his journey from Bihar to Bandra, from libraries to the red carpet, from fables to truth, after hitchhiking and writing his way to the top.

In what ways did Bombay (now Mumbai) become richer than what you had imagined once you had arrived?
It became richer because, however, much I could have imagined from afar, the actual encounter with the city opened a variety of layers and experience and stories that I could never have even dreamt. The first time when I came, I took a long walk from Marine Drive up to Worli sea face.  One of the first things I saw was that there were people sitting on the boardwalk and in most places, people are looking out onto the sea. Here, people were looking in. When you look at the city close up, you rub up against a number of different experiences and stories. And the city becomes immensely layered.
No one ever asked me, “Why are you interested in Bombay?” It seemed obvious that everyone should be.

You’ve written other history books before. How was the research process for Mumbai Fables different than your other books?
In all my previous research, I was largely going to the archives to look at documents and so on. In this case, there were two things that were different. One, if you want to do any kind of social or cultural history of a city, the official archives don’t have much. They tell you about what the government thinks and what policies follow, they’ll tell you about the police or officials, but you don’t get on-the-ground impression of everyday life and how people think of their city. Although important, official archives have a limited use. In a way, I had to create my own archive. I would meet people who would point me to something else—another person to talk to, a set of documents that someone has in their house, or someone’s diary, or tabloids, or cartoons, which are not in the official archives. If it’s part of someone’s memory, then it’s part of the city’s history.

How did this translate into writing the book?
The material were such that when I started writing them up, it was almost as if they wrote themselves. The stories told themselves. I was holding the pen and the stories just flowed through. If I hadn’t been so emotionally engaged with my research topic, the book wouldn’t have been written this way. With other books, I had an intellectual engagement. Here it was intellectual, experiential and emotional.

How does a movie script write itself from a book, and how did you shape what is truth into what is a based-on-truth movie script?
First, when you research for anything, there’s always some sort of excess. Once you establish a framework, of course, some stories will be extraneous. Second, there are always stories that are true, but unverifiable. For example, there is a chapter in the book about the reclamation of Nariman Point. Those were all documented and verifiable. But there’s a lot that I couldn’t document, but I know it’s true. In cinema, when I wrote the story for the film, I was drawing on my research and creating a story which is true, but unverifiable.

I was talking with a friend about an old restaurant on Marine Drive and he remarked, “Isn’t it so beautiful? The location?” and I couldn’t help but say, “Yes, but it’s built on land stolen from the sea. We call it reclamation, but it’s stolen.” That’s just an example of unverifiable. In records, you only get the account of reclamation. But what is actually going on is that you’re stealing something and giving it a legal fiction of “reclamation”. My friend said, “Write me a treatment,” and I had no idea what that meant. I thought it was late-night whisky talk. But I saw him again and he asked me about it. So I looked up what a treatment was, and pulled together all the stories I knew were true, and I realised this was a film. In 2004, I spoke with another friend about the film and he said, “You know, this film is so dark that the only person who can do this is Anurag Kashyap.” So I went to his house, related the story, and he immediately said, “Pure James Elroy. We’ll make it.” It was all by accident, none of this was by design, and I don’t think any of this would have happened if I was engaged with Bombay in a certain way. The book wasn’t all I wanted to say about Bombay.

What do you love about the book that won’t be in the movie?
The book and film are so different that it’s hard to say that the book should have been translated cinematically. For everything in the book to be in the movie would have required 200 more crores… and is probably impossible.

How exactly does one take a history book and turn it into a Bollywood screenplay? It’s less radical than one might think. Regarding his experience on set, Prakash remarked, “I’m a historian, not a filmmaker. And that tension is good.” History holds him to the facts, but the film allows for all the unproved details that slip through the cracks of Mumbai’s archives. Anyone who knows Mumbai knows it brims with unsolvable mysteries and urban legends; the space they could not fill in a history book is the space in which these stories live on fiction film. Bombay Velvet is a reclaimed story about reclaimed land and is surely the first high-profile historical story to hit Bollywood. As an interrogator of myths and archaeologist of stories, Gyan Prakash is exactly the man to tell it.