One year on, India Inc still firmly behind Modi 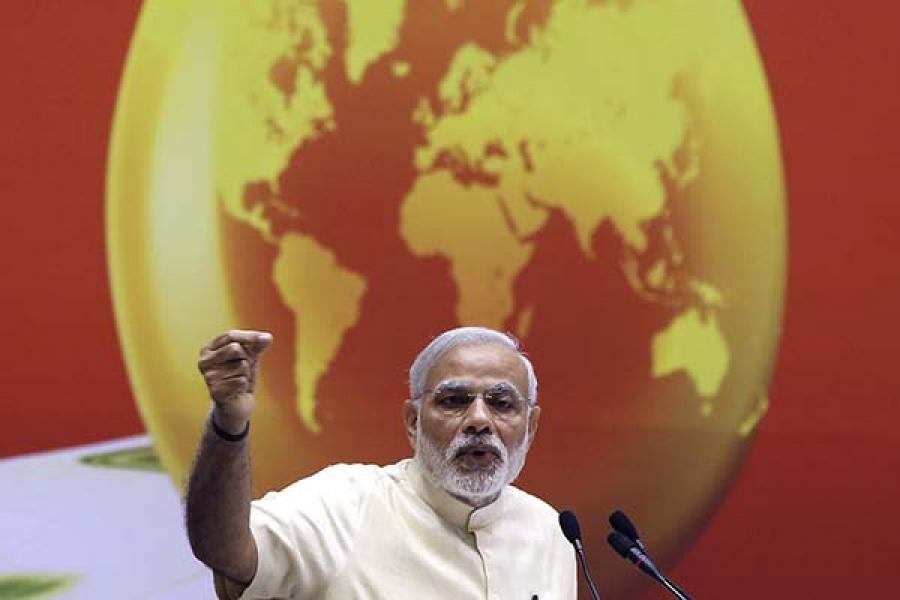 Even as the Narendra Modi government is locked in grim battle with the Opposition over key reforms like the Land Acquisition Bill and the introduction of the Goods and Services Tax (GST), one year after the Modi government stormed into power at the Centre, the country’s business community seems largely behind the government and feels it is pro-reform and development.

Despite murmurs of discontent in some quarters over the pace of reform undertaken in the past year, a number of business leaders feel there has been a lot of work initiated by the Modi government in the past year, the fruits of which will become visible over the next few years. Alongside, a survey of business leaders conducted by BMR Advisors for Forbes India has also shown that an overwhelming 87 percent of respondents feel the government is pro-business and economic development. Further, 78 percent of the respondents of the survey also say the steps taken by the government over the past year will lead to a better investment climate and business potential for investors.

Says Adi Godrej, chairman, Godrej Group: “This government has taken a lot of steps and is free enterprise-, growth- and reform-oriented. It is facing some political issues, especially in the Rajya Sabha. However, I think it is clear that it would like to go ahead with the reform process.” Godrej, however, adds that the government should put in place a tax administration which learns to treat taxpayers as customers and not as adversaries. “Unfortunately, for many years, this adversarial tax administration has been going on in India. It puts people off, and certainly puts foreign investors off,” says Godrej, adding he is entirely with the Modi government on the Land Acquisition Bill.

Arundhati Bhattacharya, chairman, State Bank of India, is also of the view that the past year has seen the Modi government begin solving problem issues plaguing a number of sectors. Says Bhattacharya: “If you’re looking at changes, action has been taken on almost all the problems we have been talking about. If you even take them sector by sector, it will hold true. Take, say, metals and mining. In mining many of the issues are close to being resolved. Mines are slowly opening up. We would like it to happen even faster, but things are happening.”

Giving further examples, Bhattacharya adds: “If you look at the coal mines, the first round of auctions has happened. The law also talks of commercial mining which is very important for the country if we are to exploit the mineral resources in a cost-efficient manner. If you look at the road sector, the government is saying they are willing to take the risks on to themselves, rather than to the promoter. In the power sector also, the amendments to the Electricity Act are in Parliament for unbundling of transmission and distribution.” The SBI chairman adds that in every sector of the economy where there were issues, the government is trying to ensure things become easier.

Larsen & Toubro (L&T) executive chairman A M Naik feels that in the first year, the government has got its strategies, vision and policies right. “In the remaining four years of this term, I feel it will focus on execution and measure up to the expectations of the people of India. It will then be honouring the overwhelming mandate received in the summer of 2014.”

However, not everyone is as bullish. Anupam Mittal, founder and chief executive of People Group, which runs popular matrimonial website shaadi.com, says that one thing which stands out at the end of the first year of the government is the gap between promise and action. “One can accept that a country like India takes time to change. That our bureaucracy, institutions and vested interests are too deep to wish away in a year. What is harder to understand though is the growing gap between what is being said and what one sees on the ground.”

Kalpana Morparia, CEO of JP Morgan India, however, feels there have been distinct changes in the past year as far as the strength of the Indian economy is concerned. Says she: “Now, the tables have turned. India is the poster child in the emerging market universe. Foreign investors cannot get enough of the economy.” Morparia adds that one should not lose sight of what India has accomplished or “be distracted by the daily noise of the markets.”

Pointing out that the expectations generated of the Modi government were “extraordinary” owing to the magnitude of his victory at the polls, VIP Industries chairman Dilip Piramal points out that some expectations were realistic while others were unreasonable. “While the government is indeed acting well on fundamental issues, some more demonstrative action is required to refute some of the charges. Because of the high expectations, it is now time the public starts ‘feeling good’,” Piramal points out.

(A series of expert columns from the country’s top business leaders and economists, and the Forbes India-BMR Advisors survey are part of Forbes India’s 6th Anniversary special issue , now on stands.)