Cybersecurity analysts have warned in the past about the risks Chinese apps and telecom companies may pose; the move is considered retaliation after the Indian and Chinese militaries clashed earlier this month 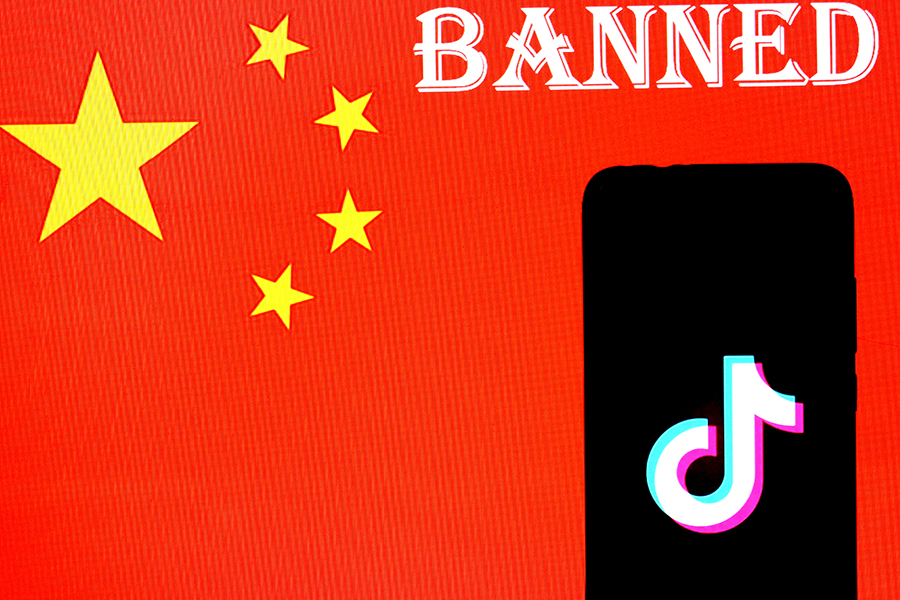 India’s government banned nearly 60 Chinese mobile apps on Monday, including TikTok, citing national security concerns, after a deadly clash between their militaries this month raised tensions between the two countries to the highest level in decades.

The fighting two weeks ago, along the disputed border between the world’s two most populous countries, left 20 Indian soldiers dead and an unknown number of Chinese casualties.

While India has vowed to retaliate, it lags far behind China in military and economic power, leaving it with few options. But Chinese telecommunication and social networking companies have long eyed India’s giant market and its enormous potential. About 50% of India’s 1.3 billion citizens are online.

Analysts say up to a third of TikTok’s global users are based in India.

The Chinese apps were “stealing and surreptitiously transmitting users’ data in an unauthorized manner to servers which have locations outside India,” India’s Ministry of Electronics and Information Technology said in a statement Monday.

“The compilation of these data, its mining and profiling by elements hostile to national security and defense of India, which ultimately impinges upon the sovereignty and integrity of India, is a matter of very deep and immediate concern which requires emergency measures,” the statement added.

The Chinese government did not immediately comment on the move, which was announced late at night in Beijing, nor did TikTok.

This month’s border brawl was the worst violence between the two nuclear-armed countries in more than 50 years. India blamed China for provoking the clash by intruding into territory it claims high in the Himalayan mountain range. China said the incident happened on its side of the border, and that Indian troops intruded.

The situation remains tense, with troop buildups on both sides of the border.

Cybersecurity analysts have warned in the past about the risks Chinese apps and telecom companies may pose, citing the country’s National Intelligence Law. The law holds Chinese companies legally responsible for providing access, cooperation or support for Chinese intelligence gathering.

The same argument has been at the center of a campaign to persuade Western countries not to allow Chinese companies to build their next-generation 5G wireless networks.

“China would not be above using these apps for large scale data collection,” Ahlberg added. “I don’t expect that the government is running all these apps, but they may make an agreement with the companies that they have to cooperate once in a while. And it’s easy under Chinese law to require them to do so.”

After a 2017 clash between India’s and China’s militaries over another border dispute, Indian troops were forced to delete dozens of Chinese apps from their phones over national security concerns. Some of the apps Indian troops were ordered to delete then — such as Weibo, UC Browser and Shareit — are among those that are now banned for the entire country.

“Chinese mobile app firms and other tech firms are beholden to the CCP under Chinese law,” Brahma Chellaney, a former adviser to India’s National Security Council, tweeted on Monday, referring to the country’s ruling Communist Party. “As extensions of the Chinese state, they pose a national security risk.”

Monday’s move comes shortly after India’s government quietly told two state-run telecommunication firms to stop using Chinese equipment and instead use local providers, according to Reuters. And in April, the government passed legislation requiring government approval for any investments from Chinese entities.

“Techno-nationalism has been in vogue in India for a while, which views data as a national asset,” said Nikhil Pahwa, the founder of MediaNama, an organization that advocates a free and open internet.

Pahwa added that while the Indian government has had long-standing worries that Chinese companies are dominating local markets and are beating out Indian app developers, it also has national security concerns about what China does with the data it collects.

“The government views Indian citizens’ data as sovereign. India has a fear of digital colonization, and has avoided signing data sharing agreements in the past,” Pahwa said.

The Chinese telecommunications giant Huawei has been the subject of some of the greatest scrutiny, as U.S. authorities push allies to ban the company from building wireless networks over claims it aids the Chinese state in cyberespionage. Huawei has denied the accusations.

Since the deadly border clash this month, diplomats have expected India to prevent Huawei entry into the Indian market to build a 5G network.

The U.S. government is investigating TikTok, which is owned by the Chinese company ByteDance, over national security concerns. In Europe, authorities are probing the company’s data-collection practices.