American companies should focus on prioritising India as a destination for investment, Suresh Prabhu says, at a webinar organised by Forbes India and the Indo-American Chamber of Commerce (IACC) 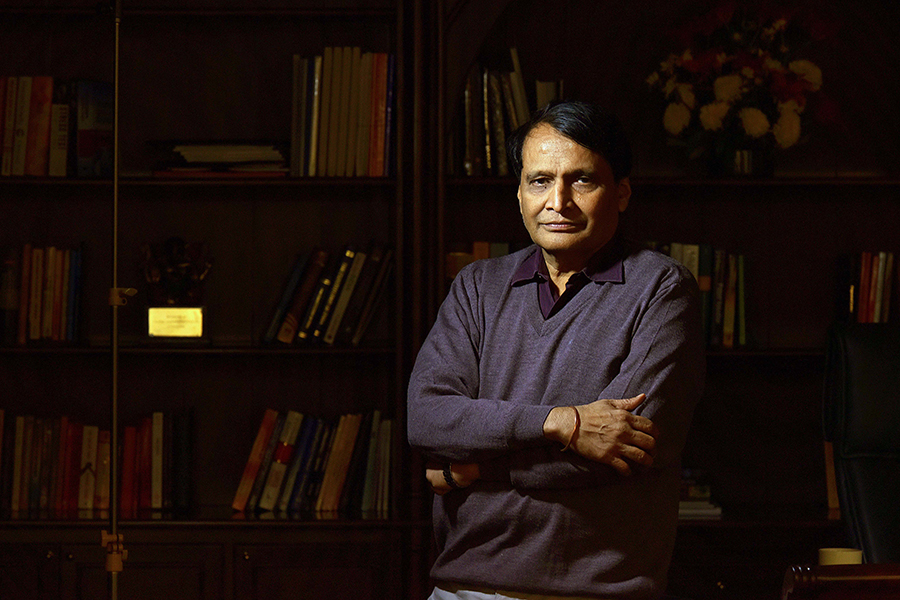 The India-US relationship, despite going through difficulties initially, is at its strongest point now with India’s pharmaceutical industry supplying medicines to the US during the [Covid-19] pandemic, Suresh Prabhu, former union minister, said. He was speaking at a webinar on 'Indo-US Trade Cooperation post-COVID-19' organised by Forbes India and the Indo-American Chamber of Commerce (IACC).

Apart from Prabhu, the webinar was attended by Retired Lieutenant General Syed Ata Hasnain, Chancellor, Central University of Kashmir; Dr Ajit Ranade, President and Chief Economist, Aditya Birla Group; and Naushad Panjwani, Regional President, IACC West India Council. The discussion was moderated by Brian Carvalho, editor, Forbes India  “Focusing on the current scenario relating to trade, India has a surplus situation [with the US],” the former union minister added. He said, there will be a slowdown in the procurement of aircraft from the US, considering the pandemic, as many airlines will likely trim their fleet size. India also procures defence equipment from the US and has recently started buying oil too. “Indian students studying in the US are also an investment amounting to more than $20 billion. This is a service export,” Prabhu added. "To have India as a strategic partner will help the US in a significant way...Despite the current turbulence, Indo-US relationship is expected to strengthen," Prabhu said. There is a lot of potential that can be harvested under the leadership of Prime Minister Narendra Modi and US President Donald Trump, he stated. Aditya Birla Group's Ajit Ranade said that Facebook's nearly $6 billion investment in Reliance Jio shows the confidence for FDI in India, in spite of the turbulent financial markets. A NASSCOM study shows that for every one job that is outsourced by the US to India, about two jobs are created there. “The biggest IT exporters, in recent decades, are US companies like IBM and Accenture. IBM has its second largest workforce in India," he added, emphasising on the importance of India for the US.  Does the pandemic spell the end of globalisation as countries look inwards to fight Covid-19? "The world will see ‘slowbalisation’," Ranade said, coining a term which he described as a slowing of globalisation. He added that the benefits of globalisation are not easy to erase, and that it was here to stay. Elaborating on 'slowbalisation', he added, the IMF expects the global economy to shrink by 3%, which hasn’t happened since the 1920s. "More than 170 countries will see a reduction in per capita income as well. But India and China are still expected to see positive growth, forecast is 2%, which for India is recession but it’ll still be in positive,” he added. By early next year, most of the sectors will see a revival, with the focus being on the agriculture sector, Ranade said. On countries working with each other, IACC's Naushad Panjwani said, “Collaboration as a growth model is the way forward now. Countries need to look at where there are complimentary resources, skills, markets, and align in those patterns. "The Indo-US partnership is now best poised for collaboration and we see this happening at an accelerated pace since the past few years,” he added.  For instance, India is currently the largest producer of cotton and the US is the largest consumer of textiles but trade in this sector isn’t prominent between the two countries. “IACC is now working on an MOU [memorandum of understanding] with North and South Carolina. We are taking Indian textile manufacturers to invest in US technology, human capital, and branding it as Made in US and selling the product there. This is far more efficient,” he added. As many deliberate whether the US will remain a superpower as it gets battered by the Covid-19 crisis, Lt. Gen. Hasnain (Retd.) said, "US will remain a world power despite the economic downturn and its internal political challenges. The future economy will be dictated by geopolitics and internal policies like public health, economics and social harmony.” He added that not only will the US face challenges from China, but the latter is also likely to face pushback from other countries in the aftermath of the coronavirus outbreak. Could India be poised to gain?  Prabhu had said, “US companies, now with the dynamically changing scenarios, should look at India as a destination for investment.”