How discomfort makes us more creative

Minor disruptions to the status quo, against a background of psychological safety, may be the best formula for creative cultures 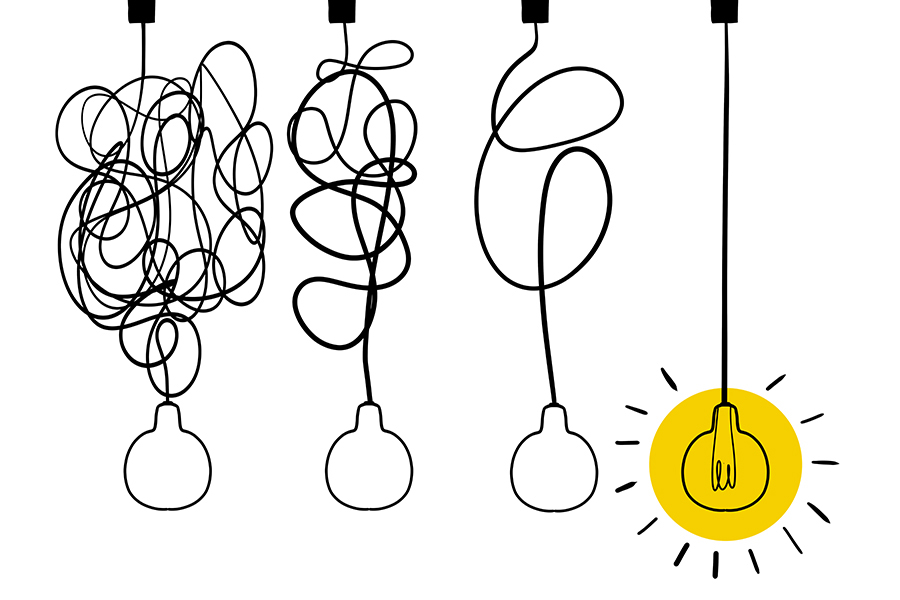 About 20 or 30 years ago, a sea change began to occur in the academic research around creativity. Previously the exclusive province of personality psychologists, the topic started to attract the interest of a different breed of scholar: social psychologists. As a result, the focus of study gradually gravitated away from figuring out what made creative geniuses like Picasso tick, and toward factors in the social environment that could encourage anyone to become more creative.

Li Huang, INSEAD Assistant Professor of Organisational Behaviour, pointed out that even the most innovative minds may expand, or contract, in response to environmental and cultural cues. “There was a time when Albert Einstein was attending a school that evaluated and tested students quite harshly, and he nearly lost his interest in science. It was only when he failed a test and moved to a different school that valued individual thought and creativity that he started to develop his interest further,” she related in a recent interview for the INSEAD Knowledge podcast.

For professionals, a supportive culture is especially important, because going out on a limb with an unlikely idea carries heavy perceived risks. “We’re not the most comfortable as a species about things that are novel or foreign. But that also means that when someone in the group or organisation advocates for a bit of an edgy solution that hasn’t been seen before, our initial reaction oftentimes is, ‘Why? If it’s not broken, why fix it?’” Huang said. An atmosphere of psychological safety – where people generally feel less threatened and defensive – helps to tame this conservative bias.

Beyond a safe environment, however, several strands of Huang’s research suggest that the non-Einsteins among us also need a bit of shaking up before we can be at our most creative. Creativity, she has found, thrives upon small doses of discomfort. A company, therefore, needn’t be a paradise of peace to coax creative ideas out of the shadows – it can purposefully jolt them out by launching minor disruptions against a backdrop of psychological safety.

Sarcasm
For example, a 2015 paper by Huang, Francesca Gino of Harvard University, and Adam D. Galinsky of Columbia University found a positive causal effect of sarcasm on creativity. Study participants who uttered, or were exposed to sarcastic remarks, performed better on creativity tests than those who experienced either sincere statements or those in a control group.

“When we speak or are on the receiving end of sarcasm, we jump into mental gymnastics to reconcile the psychological distance between what is spoken and what the statement intends to convey,” Huang said. “Our thinking becomes more abstract, we suffer less from functional fixedness, and this helps make us more creative.”

It is worth noting that, before relaxing social strictures around sarcasm, companies should first concentrate on increasing the general level of trust among employees. In addition to heightened creativity, conflictual feelings can also rise from sarcasm – an unwanted side effect of the sly aggression embedded in sarcastic wit. In other words, there are good reasons why we tend to be sparing with our sarcasm, especially at work. It can come across as rude, flippant and offensive – not a great way to endear oneself to colleagues. Anticipating such relational costs, in subsequent studies, Huang’s research found that those negative feelings subsided when participants were primed to imagine that they were talking to the person they most trusted. The relational costs of sarcasm don’t materialise when our bonds are strong enough to withstand sarcasm, and the creativity benefits remain.

Specific curiosity
In a 2019 paper, Huang and her co-authors[1] sought to pinpoint the causal effect of curiosity on creativity, two qualities that were often linked but whose specific interconnections were not well understood.

The researchers’ surprising hypothesis was that curiosity predicts creativity when it is deployed within narrow parameters, to solve a particular problem or puzzle – or, as scholars term it, specific curiosity. Creativity scholars usually focus on curiosity that freely flits from subject to subject, tracing novel trajectories as it goes. Specific curiosity is more discomfiting, resembling an itch to resolve a highly localised point of uncertainty or challenge.

This form of curiosity can be harnessed for creative purposes through a technique known as idea linking. As Huang described it, “When people are high on specific curiosity, they don’t just generate whatever ideas come to their mind randomly. Rather, they would have an initial idea and their next idea would be built upon the initial idea without abandoning it.”

In place of the usual free-for-all style of brainstorming, leaders could consider using idea linking. Though potentially more mentally taxing, it could lead to greater creativity. In one of their research studies, for example, participants were asked to come up with a magic trick surpassing Harry Houdini’s “vanishing elephant”. A pair of professional magicians then chose their favourites from among the proposals. The ideas of those who were led to be curious about Houdini’s original trick made more use of idea linking, and were deemed most creative.

Mind-body dissonance
Huang’s most recent research looks at mind-body dissonance (MBD), or what happens when there is a conflict between our state of mind and our physical expressions. In a series of studies involving more than 1,000 participants, Huang induced MBD by priming participants to feel certain emotional states (powerful or powerless, happy or sad, etc.), then asking them to adopt physical expressions that either corresponded with or contradicted those states. Afterwards, she had them solve various brain-teasers and insight problems. Those who experienced MBD scored higher in several areas related to creativity, including insight, association and creative generation.

Why? Huang hypothesised – and her experiments confirmed – that MBD engenders an “atypicality mind-set”, essentially fooling our brains into believing we are in an unusual situation requiring new kinds of responses and solutions.

However, MBD has downsides as well. In a paper for Organizational Behavior and Human Decision Processes (co-authored by Jennifer Whitson of UCLA), Huang shows that MBD increases conspiratorial thinking and erodes trust, as a kind of compensation for the feelings of helplessness triggered by imposed inauthenticity.

“We’re motivated to try to replenish a sense of control,” Huang explained. “Our mind tries to establish patterns and predictability when we sense a lack of control.” MBD-driven paranoia, she asserted, is the dark side of creativity, which depends on just such an ability to draw unexpected connections between concepts. Whether the chain reaction triggered by MBD (or any type of deliberate discomfort) goes right or wrong can depend on how psychologically safe one feels in general.

Flowering under stress
To Huang, the three studies reflect the idea that stepping outside your comfort zone is a good way to liberate the creative juices, provided the context is sufficiently forgiving. For example, a beginner’s dance or improv class can be a safe space to experiment with unfamiliar personae and postures that promote atypical thinking.

Huang uses a gardening analogy to illustrate how a little pressure can induce positive growth. “When plants are under a certain amount of stress, that’s when they go into an entirely different stage of growth – whether it’s from no flowering to flowering, or flowering to fruiting. It’s the same for human beings.”

Li Huang is an Assistant Professor of Organisational Behaviour at INSEAD.