Is a 63-year-old seaplane with an electric engine the future of air travel?

Greg McDougall, Harbour Air's founder and chief executive, is the driving force behind the project, one that would make the Wright brothers proud — and possibly Elon Musk, too 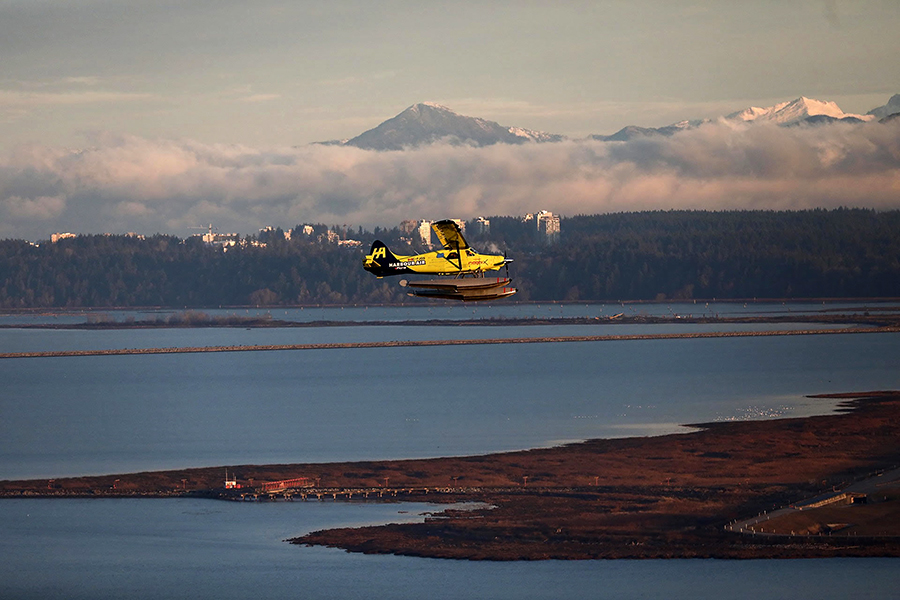 In an image provided by Harbour Air, the vintage de Havilland Beaver airplane on its first test flight with a battery-powered engine in Vancouver, Canada, Dec. 10, 2019. The Vancouver-based airline's goal is an all electric fleet, the first in the world. (Harbour Air via The New York Times)

When Harbour Air’s de Havilland Beaver seaplane first lumbered into the skies in 1956, Elvis’ “Heartbreak Hotel” topped the charts, President Dwight D. Eisenhower was in the White House, and flying icons like the Boeing 747 hadn’t yet been invented.

Sixty-three years of bush flying, commuter travel and made-for-Instagram sightseeing later, the aircraft received a trailblazing retrofit. Earlier this month Harbour Air, a seaplane operator based in Vancouver, British Columbia, swapped the six-seater’s gas-guzzling, exhaust-emitting engine for a modern, battery-powered electric one. The move gives the vintage plane a new and sustainable lease on life.

Greg McDougall, Harbour Air’s founder and chief executive, is the driving force behind the project, one that would make the Wright brothers proud — and possibly Elon Musk, too.

“I was an early adopter of the Tesla car and so impressed by their innovation,” McDougall said. “When I got the car five years ago, I wondered if we could transfer similar electric engine technology to our planes. Someone was going to do it someday, so it may as well be us.”

The regional airline with 40 seaplanes operates half-hour flights carrying up to 19 passengers between Vancouver, Seattle and communities in coastal British Columbia. The short flights make it well-suited for a battery-powered engine, said Roei Ganzarski, the chief executive of magniX, the electric-propulsion designer and manufacturer that developed the engine. The aircraft will be able to fly for 30 minutes with a 30-minute reserve on a one-hour charge. They will plug-in and charge at the Vancouver Harbour Flight Centre dock, and pull from BC Hydro, the provincial energy utility’s hydroelectric power grid, itself a renewable source of energy.

McDougall flew the 10-minute test flight himself earlier this month, a first step required by regulators. Regulatory review in the United States and Canada will take two to three years, at which point Harbour Air can install the engines and begin accepting paying passengers on all-electric aircraft.

“On the environmental plus side, there is zero carbon burn. In the long run, the operating economics will allow us to make more flights more affordable for a larger audience,” McDougall said.

“Consider travel between Seattle and Pullman, Washington, the home of Washington State University,” Ganzarski said. “It’s a five-hour drive to see my daughter, but an expensive $450 commercial flight. An electric plane is so much cheaper to operate and the result is lower fares — maybe $100 return.” He said there are thousands of cities in the United States where it is inconvenient to drive between them but too costly to fly.

“If you can find an aerodynamically efficient aircraft like the Beaver seaplane that Harbour Air flies, or, say, a lightweight composite aircraft, there is a business case for this mission profile,” said Dr. Pat Anderson, an aerospace engineering professor at Embry-Riddle Aeronautical University and an expert on electric propulsion.

Local officials in British Columbia are paying attention. Erin Hemmens, a city councilor from Nanaimo, a city of 90,000 on Vancouver Island, flies the 20-minute Harbour Air flight to Vancouver for conferences. It beats a three-hour transit by ferry, she said.

“Our city wants to advance climate-friendly policies in an expeditious way, so we celebrated their achievement,” Hemmens said.

Will larger commercial aircraft convert to electric? Not any time soon, Anderson said.

“The Beaver does not need a lot of energy because it flies slow. To go fast, you need a whole lot of energy,” he said. “The solutions are a lot further down the line and a tough problem for the current state of the art.”

Nevertheless, Anderson said the first flight and collaboration between Harbour Air and magniX should be applauded.

“The most exciting thing about this flight for me personally is that it signals a change in how we look at aviation, and how my kids will travel in the future,” Ganzarski said.