A judge wrote that Johnson & Johnson had promulgated "false, misleading, and dangerous marketing campaigns" that had "caused exponentially increasing rates of addiction, overdose deaths" and babies born exposed to opioids 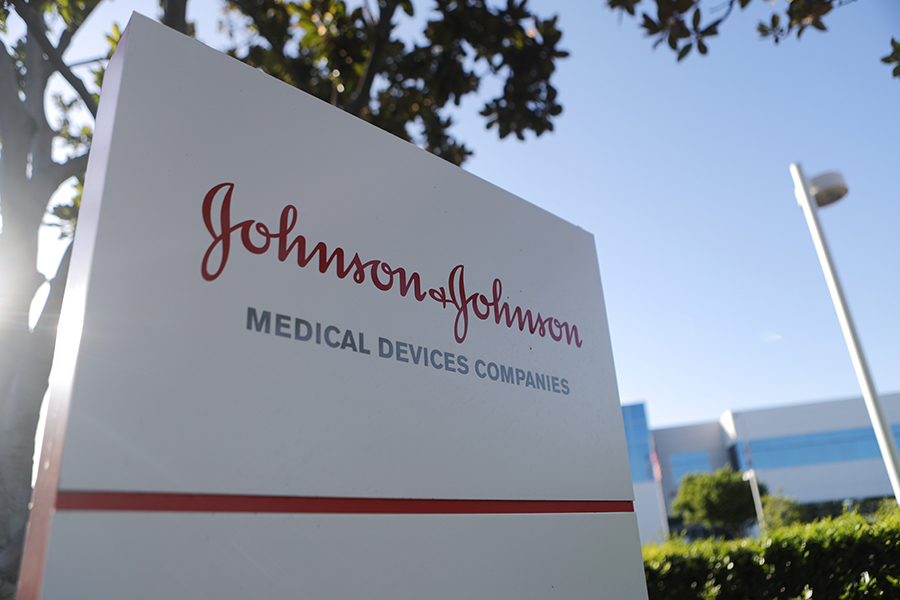 J&J: IRVINE, CALIFORNIA - AUGUST 26: A sign is posted at the Johnson & Johnson campus on August 26, 2019 in Irvine, California. A judge has ordered the company to pay $572 million in connection with the opioid crisis in Oklahoma. (Photo by Mario Tama/Getty Images)
Image: Getty Images

A judge in Oklahoma on Monday ruled that Johnson & Johnson had intentionally downplayed the dangers and oversold the benefits of opioids, and ordered it to pay the state $572 million in the first trial of a drug manufacturer for the destruction wrought by prescription painkillers.

The amount fell far short of the $17 billion judgment that Oklahoma had sought to pay for addiction treatment, drug courts and other services it said it would need over the next 20 years to repair the damage done by the opioid epidemic.

Still, the decision, by Thad Balkman of Cleveland County District Court, heartened lawyers representing states and cities — plaintiffs in many of the more than 2,000 opioid lawsuits pending across the country — who are pursuing a legal strategy similar to Oklahoma’s. His finding that Johnson & Johnson had breached the state’s “public nuisance” law was a significant aspect of his order.

Balkman was harsh in his assessment of a company that has built its reputation as a responsible and family-friendly maker of soap, baby powder and Band-Aids.

In his ruling, he wrote that Johnson & Johnson had promulgated “false, misleading, and dangerous marketing campaigns” that had “caused exponentially increasing rates of addiction, overdose deaths” and babies born exposed to opioids.

Sabrina Strong, a lawyer for Johnson & Johnson, one the world’s biggest health care companies, said, “We have many strong grounds for appeal and we intend to pursue those vigorously.”

Johnson & Johnson, which contracted with poppy growers in Tasmania, supplied 60% of the opiate ingredients that drug companies used for opioids like oxycodone, the state had argued, and aggressively marketed opioids to doctors and patients as safe and effective. A Johnson & Johnson subsidiary, Janssen Pharmaceuticals, made its own opioids — a pill whose rights it sold in 2015, and a fentanyl patch that it still produces.

Balkman said the $572 million judgment could pay for a year’s worth of services needed to combat the epidemic in Oklahoma.

“We would have liked to walk out of here with $17 billion, but we’ve been able to put together a billion dollars,” Oklahoma’s attorney general, Mike Hunter, said at a news conference Monday. He was referring to the cumulative amount from the Johnson & Johnson judgment and previous settlements with two other drug manufacturers that produce opioids. Earlier this year, Purdue Pharma and Teva Pharmaceuticals agreed to pay $270 million and $85 million, respectively.

As a consequence of the settlements, Oklahoma faced the steep climb of pinning the blame for its opioid crisis mainly on just one defendant.

“We’ve shown that J&J was at the root cause of this opioid crisis,” said Brad Beckworth, the lead attorney for the state. “It made billions of dollars from it over a 20-year period. They’ve always denied responsibility and yet at the same time they say they want to make a difference in solving this problem. So do the right thing: Come in here, pay the judgment.”

The case was also closely watched by some two dozen opioid makers, distributors and retailers that face more than 2,000 similar lawsuits around the country. Also on Monday, the health news website STAT said that the Kentucky Supreme Court let stand an earlier ruling to release documents related to Purdue Pharma’s marketing of the opioid OxyContin. STAT had filed a motion in March 2016 to unseal the documents.

In a statement about the Oklahoma case, Michael Ullmann, the general counsel and executive vice president of Johnson & Johnson, referring to the company’s pharmaceutical subsidiary, said that “Janssen did not cause the opioid crisis in Oklahoma, and neither the facts nor the law support this outcome.

“We recognize the opioid crisis is a tremendously complex public health issue,” he said, “and we have deep sympathy for everyone affected.”

The stocks of Johnson & Johnson and other opioid manufacturers rallied briefly in after-hours trading after the news, perhaps because some had anticipated a judgment of $1 billion or more. Johnson & Johnson stock was up about 4% in after-hours trading Monday evening, and the stocks of Endo International, Mallinckrodt and Teva Pharmaceutical Industries all briefly spiked after the decision, although some fell again.

Oklahoma has suffered mightily from opioids. Hunter has said that between 2015 and 2018, 18 million opioid prescriptions were written in a state with a population of 3.9 million. Since 2000, his office said, about 6,000 Oklahomans have died from opioid overdoses, with thousands more struggling with addiction.

To calculate the Oklahoma award, Balkman relied on the state’s detailed estimates of what it would cost to remediate the effects of the opioid epidemic. The state said it would need $893 million a year, or about $17 billion over 20 years.

The state’s case was argued by private lawyers whose sense of urgency was driven by personal tragedy — among them, they had seen a son, a business partner and friends succumb to opioids.

On the eve of trial, the lead attorney, Beckworth, of Austin, Texas, almost dropped out because his wife had just begun chemotherapy for breast cancer, but he said she urged him to stick with the case he “had been born to try.” “If you have an oversupply,” he said in his opening argument, “people will die.”

Reading a summary of his decision in court in Norman, Oklahoma, Judge Balkman said Johnson & Johnson had an outsize impact on the state’s epidemic, though its share of opioid sales was scarcely 1% of the market.

Public nuisance laws are usually applied in cases where something interferes with a right common to the general public, traditionally roads, waterways or other public areas. Recently, plaintiffs have used the laws to press claims involving lead paint, guns or water or air pollution, with mixed results. Oklahoma’s public nuisance statute is relatively broad, and the state argued that Johnson & Johnson substantially interfered with public health.

Johnson & Johnson’s lawyers contended that the state was contorting public nuisance law to the point of being unrecognizable.

Lawyers representing more than 2,000 cities, counties and other jurisdictions with opioid cases pending in federal court were cheered by Balkman’s ruling. In a statement, they said: “While public nuisance laws differ in every state, this decision is a critical step forward.”

Balkman’s ruling comes only two months before the first federal opioid trial is to begin in Cleveland, brought by two Ohio counties against an array of manufacturers, distributors and pharmacies.

Now that the value of the Oklahoma case has been determined, settlement negotiations may quicken between industry defendants and two large groups of plaintiffs — one, representing thousands of cities and counties, consolidated in federal court in Cleveland, and the other, a coalition of states.