Penn's new sitcom, Sunnyside, is about trying to navigate the United States citizenship process, a premise timely in the Trump era—but its aims are more comic than didactic 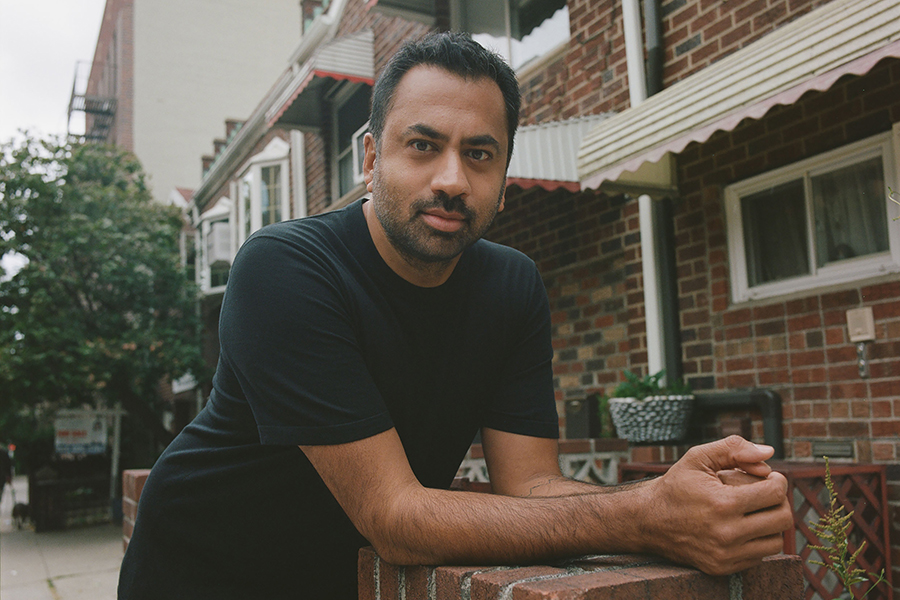 The actor Kal Penn in Sunnyside, Queens, where his new sitcom on NBC, "Sunnyside" takes place, on Sept. 6, 2019. “Sunnyside” is about trying to navigate the United States citizenship process, but its aims are more comic than didactic. (Miranda Barnes/The New York Times)

Kal Penn took a two-year sabbatical from acting to work in President Barack Obama’s White House, so you would be forgiven for assuming that he’s trying to make a political point with his new television series, “Sunnyside.”

Penn is also a creator of this NBC sitcom, which premieres Thursday and is titled after the neighborhood of the same name in Queens, the New York borough known as one of the most diverse places on earth. Penn plays a disgraced New York City councilman who tries to redeem his reputation by helping a ragtag group of immigrants navigate the United States citizenship process.

The premise seems timely in the Trump era, but “it was never meant to be a reaction to anything,” said Penn, 42, who started developing the series five years ago. “The topic of immigration goes back to the founding of our country. It is all of our stories.”

“As long as we’re mindful of that,” he added, “I’m not going to take anybody’s bait.”

Besides, said Penn, who was previously best known for his title role in the “Harold and Kumar” stoner movies, his intentions are more comic than didactic.

“I love things like Jon Stewart’s ‘Daily Show,’ but you don’t feel good about the world when you turn it off,” he explained recently, sipping cabernet at a Hell’s Kitchen hotel bar. “When I was growing up, I loved shows like ‘Perfect Strangers,’ ‘Head of the Class’ and ‘The Fresh Prince of Bel-Air.’ When you turn off the TV, not only do you feel good, you feel like you spent time with your friends.”

Then, lifting his glass, he added, “Cheers!” in an unintentional reference to another feel-good sitcom and possible “Sunnyside” influence. In an interview, Penn discussed his earlier characters’ problematic names, his experiences in the White House — real and fictional — and more. These are edited excerpts from that conversation.

Q: What inspired you to create a sitcom for yourself?
A: About six years ago, I was on a show with Jerry O’Connell and Tony Shalhoub called “We Are Men.” It was very short-lived. The morning after the third episode aired, I got a call: “Hey, don’t come to work tomorrow.” The next day my manager said, “What’s your dream job?” I said, “This was it — I want to be on a network comedy.”

Then he asked me, “But if you were going to create a show, what would it be?” I said, “Thematically, this sounds cheesy, but I love making people laugh, and I love America. It would be great if we could do a show that makes people do both of those together.” So I started putting together a project like that.

Q: You’re on NBC’s Thursday night schedule. It’s a different world — no pun intended — from the ’80s and ’90s, when having a slot there guaranteed 20 or 30 million viewers every week. Does it matter to you that you’re reaching a smaller audience these days?
A: We’re going to make it that big again! (Laughs.) No, what I like about the network space is you can bring people together in a way that you still can’t in streaming. Those services’ reach is restricted because of how much you have to pay a month for them.

Q: You grew up in New Jersey. Why set this show in Sunnyside, Queens?
A: When I was a little kid, before Edison, New Jersey, was a hotbed of Indian culture, one Sunday a month, we’d pack up the station wagon and drive to Jackson Heights. My mom would go to the Indian grocery store there. It was always very diverse. I was looking for a neighborhood like that to set the show in, and Jackson Heights and Flushing are the two I know the best, but “Flushing” is a truly terrible title for a show. Sunnyside has the same demographics and is a better title than “Jackson Heights.”

Q: Like your character, Garrett Modi, you’re the child of first-generation Indian immigrants. Your birth name was Kalpen Modi, which you shortened to Kal Penn for showbiz. Is this show autobiographical in any way?
A: Not really. I always like playing characters who are different from me. Kumar is way cooler than I’ll ever be. There are more comedic influences than real-life ones. I love Garrett and his sister Mallory’s names. When I went to name them, I went back through this long litany of beef people had with me about the names of characters I played. It started with the character I played in “National Lampoon’s Van Wilder,” Taj Mahal. That is unmistakably a very problematic name. It was a different time; we’ve moved past that. But when I got the job on “House,” they had written my role as Dr. Lawrence Kutner, and they said, “How do you feel about changing it to an Indian name?” I said “No, I auditioned for Lawrence Kutner and got it, and I want to play him.” When I started on the show, people said, “Why aren’t you playing a character named Dr. Samir Patel?” I get that we look to art forms for validation, and it means a lot to people. That said, it’s a no-win situation.

So Garrett’s parents came to America in the ’80s and they started watching “The Facts of Life” and thought Mrs. Garrett was very hard-working. Then they saw her on reruns of “Diff’rent Strokes” and were like, “Wait a second, she has two jobs? Our firstborn son has to be named after her!” Then they got into “Family Ties,” and Mallory is a slacker. Their high-performing daughter is named after Mallory, and she’s the one who’s done everything right. I just love that.

Q: How did your parents feel about using your real last name on “Sunnyside”?
A: My dad was not a fan at first. He said: “That’s a terrible idea. People are going to be confused. You used to work in politics. People might think it’s supposed to be you.” But he’s come around.

Q: Were you always equally passionate about politics and acting?
A: No, my first love was always acting. I enjoyed the sabbatical I took, but you’re not going to see me running for Senate. When I was growing up, I would hear stories about how my grandparents had marched with Gandhi, but I never thought about that as politics. I thought of it as a weird story my family told. I had never been interested in politics.

Then, in 2007, there was a writers’ strike, and my “House” co-star Olivia Wilde invited me to an event for Obama. I really liked him, and I campaigned for three days in Iowa and was really excited. It was a small campaign at that point. We were way down in the polls. I wasn’t working, so I ended up campaigning in 26 other states. Then we won, and there was an opportunity to serve in the White House. What was I going to say, “No, I’d rather do another stoner movie?”

Q: What was the transition like, going from acting to working in the Office of Public Engagement?
A: I would work on speeches and think to myself, “This needs to be more boring.” Because if I get a laugh, I was worried somebody from Politico would write, “Kumar brings down the house with American Opportunity Tax Credit speech.” That’s the wrong messaging. Then I came back to acting with a role on Season 8 of “How I Met Your Mother.” They moved so fast — the director, Pamela Fryman, was moving on after two takes. I thought: “I’m not funny anymore. I must be awful.” She said: “We’ve been here for eight years for a reason. I hired you for a reason, and I promise you if something wasn’t working, I would do another take.” It was all in my head.

Q: After that, what was it like acting and working as a political consultant on the D.C.-set drama “Designated Survivor”?
A: I initially said no, because I knew the narrative was going to be “Kal Penn goes from Barack Obama’s White House to Kiefer Sutherland’s White House.” Then I read the script and loved it, so I signed on. We had five showrunners in three years, and depending on the showrunner, my job was either to point out everything that was inaccurate, because they wanted it to be accurate, or point out everything that’s inaccurate, so they could lean into the inaccuracy because they weren’t making a documentary. It was interesting to field texts from my former White House colleagues about things that would never happen: “Oh really, dude?” I would tell them my job was not to make it more accurate. It was to give them the tools to make a choice.

Q: Have you chosen a candidate to support in 2020 yet?
A: This is probably going to sound like a deflection, and I promise it’s not. I didn’t realize how much work putting your own show on the air is, and I’m very excited to be doing that. I helped Bernie Sanders out in the primaries and supported Hillary Clinton in the general election in 2016. I’m excited by a lot of the candidates. I like Elizabeth Warren, Pete Buttigieg and Kamala Harris. They all bring something unique. But I haven’t really had time to focus on it and make a choice.

Q: Are you worried that people who don’t share your opinions won’t tune into “Sunnyside” because they assume it will have a liberal bias?
A: Not really. We’re at a time and a place where we all have our closely held political views, and that’s a great thing. But what I love about comedy is that, like sports and music to some extent, it’s one of the few things that still tends to bring people together.

Tweets by @forbes_india
The 'world's best' pianist is Indian and 13 years old. Watch him in Mumbai this week
Amazon pledges to be carbon neutral by 2040