Sources close to him say that he felt the current mutual fund model needs a change. Investors are promised long term returns but fund managers are forced to perform for the short run 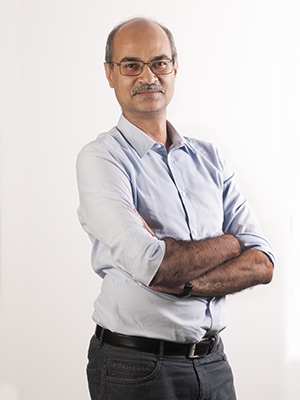 Kenneth Andrade, the chief investment officer of IDFC Mutual Fund has put in his papers and is serving his three months notice period. He manages Rs 8000 crore of equity at IDFC Mutual Fund which has total assets of around RS 52000 crore. He is moving out at the peak of his performance.

This is after giving a 110 percent dividend payout on IDFC Equity Opportunities Series, a close ended fund which was launched in March 2013. Another fund, the IDFC Premier Equity Fund which is his flagship fund has returned 19.33 percent annually for the last seven years as compared to 8 percent for the BSE 500 (Source: Valueresearchonline.com ) . It was with the performance of IDFC Premier Equity Fund that Andrade built himself a reputation. His biggest bet was Page Industries that he has been holding for many years and accounts for 8 percent of the portfolio.

Andrade who has been acknowledged as one of the best fund managers in the mid cap space has decided to look for options that are ideally different from mutual funds.

Sources close to him say that he felt the current mutual fund model needs a change. Investors are promised long term returns but fund managers are forced to perform for the short run. Again, the mutual funds model is completely sales driven and it becomes more of a vehicle that collects money than manage money. That creates a conflict which many times has an adverse effect on investment decisions. But in a conversation with Forbes India, 46-year-old Andrade says that dissatisfaction is not the reason for his exit. He is leaving because he has been with the mutual fund business for two decades and would like to consider the venture capital or even the private equity space. He might raise a fund in the future, but he doesn’t want to divulge any details.

He talks to Forbes India about the exciting climate of investing in the startup space and how the country is gearing up for it.

Edited excerpts from the interview:

Q. Were you not happy with the mutual fund model?
That’s not true. It is one of the best models for retail investors who want to stick it out for the long term. But the mutual fund model is participatory. There is always pressure on the fund manager to beat the index. I wish that it was more about buying businesses than buying stocks. That way, long-term investors will gain the most. When we are buying the business, you will beat the index. Most investors stay with a mutual fund only for 18 months. That is something which also needs to change. It is important that the fund manager and the investor both stay in sync. But this does not happen in most equity schemes.

Q. What do you like about the mutual fund space?
Look at some of the new AMCs (asset management companies) in the market. They don’t have a lot of AUM (asset under management), but they are the ones that are ushering in change. They are bringing in new products, and we have to look out for these companies. They are the ones that will grow their business as investors start maturing.

Q. What next after IDFC Mutual Fund?
Let me first close this chapter. There are some offers, but I have not yet decided on anything, yet. Investing in a start-up space is a good opportunity. I would like to look at it.

Q. Why startups?
Michael Milken (American financier and philanthropist) talks about democratisation of capital where he explains how capital has moved from royalty to the masses. He talked about how—with less financial leverage as compared to banks—financial institutions like mutual funds and venture capital funds have been able to reach out to the best entrepreneurs. That is now happening in India. In the last decade, big groups, some private companies and infrastructure companies benefitted. This decade, capital will go to startups and good ideas. Now, I’m not just talking about ecommerce. There are many other businesses where you will see a lot of action especially in spaces like auto ancillary, retail and even speciality restaurants. You have to understand that you are 2.2 percent of the world GDP and 17 percent of the world population. If rebalancing has to happen, then this part of the globe is going to see a lot of change.

Q. What is the size of opportunity?
I think this is big. We are the last developing country moving into the developed world and our size is huge. And that is what everyone is looking at. We have a per capita GDP of less than $1,700 that needs to grow quickly.

Q. Do you like to invest in small cap companies or emerging businesses?
I like to chase efficient capital, be it Page Industries or Shriram Transport. Efficient capital can come from any space—big companies or small companies, it doesn’t matter. What matters is at what price are you getting those businesses for. Capital efficiency can come from super normal profits. Sometimes, profitability is not about higher sales, but about lower costs. When you get both the parameters right, then you know that there is something fundamentally good about that industry. But when a company creates profits by cutting costs, then it is done by the entrepreneur who takes the control of the situation.

Q. You’ve got close family in Canada... do you have any plans to join them?
I’m here in India. It’s an interesting market. I’m not moving anywhere.