Ten years after the tsunami wreaked devastation in their lives, fishermen in Tamil Nadu are embracing a technology-led future. One mobile app, in particular, has proved effective in spearheading this transformation 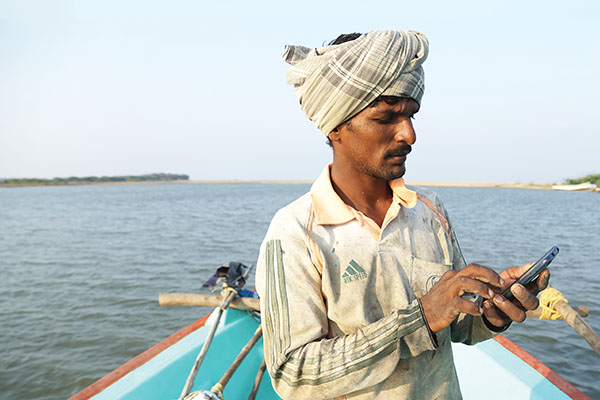 Image: J Jackson for Forbes India
The Fisher Friend Mobile App has been downloaded 45,000 times. Nearly 4,000 fishermen actively use it

Activity at the L-shaped fishing harbour at Nagapattinam, a coastal town in southern Tamil Nadu, peaks between 4 am and 8 am every day. That is when over 1,500 boats—mostly trawlers—belonging to fishermen from the 20 surrounding villages return with their catch. As many as 5,000 people, predominantly fish vendors, converge at the harbour to transact their business.

Huge waves—up to 8 metres in height and signalling the tsunami triggered by a 9.1-magnitude earthquake near Indonesia—crashed into Nagapattinam destroying life and property. Close to 1,000 people perished just in that harbour.

V Sathish, a fisherman from the nearby Nambiar Nagar village, had just left the harbour and was drying his net on the beach when the tsunami struck. He ran for his life as the waves approached the shore and even as he thought he was losing the race, a watchman from a fish processing unit pulled him up to safety. His father was not so lucky. Neither were the 7,000 people in Nagapattinam and Karaikal regions who lost their lives that day. “Our lives turned upside down in a matter of seconds,” says M Sakthivel of Pattinachery village in Karaikal, which alone lost 122 children.
The devastation was not restricted to just life and property. Sathish, Sakthivel and hundreds of other fishermen began to fear the very sea they worshipped and refused to venture into it. The tsunami left in its wake an issue of livelihood. 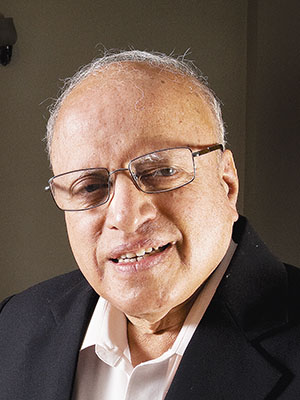 Image: Amit Verma
MS Swaminathan
A decade later, the bruises remain. But the fishermen are back in business in their fibre-reinforced boats and with their nets. This time, they are also armed with plastic-covered mobile phones and an app that could, potentially, be life-altering. Or, at least, that is the hope. Consider that the Fisher Friend Mobile App (FFMA) offers weather forecast, including wind speed and wave height. It also maximises the fishermen’s revenues by reducing costs (it can pinpoint the location for schools of fishes) and enhances the selling price of their catch (by giving them the latest prices in various nearby markets).

“The Fisher Friend Mobile Application is an outstanding example of a life-changing technology,” says professor MS Swaminathan, father of the Green Revolution in India and founder of the MS Swaminathan Research Foundation (MSSRF). The free app was launched in February this year by MSSRF in collaboration with Qualcomm, a global leader in mobile technologies. It has since been downloaded 45,000 times, with nearly 4,000 fishermen actively using it. The people involved in the project say it has helped save the lives of at least 40 fishermen.

According to MSSRF, the app has been aggressively pushed across 10 districts (six in Tamil Nadu and two each in Puducherry and Andhra Pradesh) since February. Together, these districts have one lakh active fishing households and so far, 35,000 households are benefitting from it, directly or indirectly (they may not have the app, but will take the information from other fishermen).

The idea of an app evolved over time. Post-tsunami, the focus was on rehabilitation. “While this went on well, we realised that there was a larger problem staring at us. Fishermen were too scared to venture into the sea,” says S Velvizhi, principal scientist, MSSRF, and coordinator, Fisher Friend Programme.

For six months, no fishermen went into the sea. A year down the line, they started making tentative forays, but more for their own consumption. “We began asking fishermen what they feared and what will help them venture into the sea again,” says Velvizhi.

Here’s what they learnt: Fishermen primarily sought information on the weather, specifically, wave height and wind speed. “Our forefathers taught us many traditional methods to forecast weather conditions and we have been using them for ages, but the tsunami brought about significant changes to sea conditions. Our traditional knowledge was no longer effective,” says S Ganapathy of Pattinachery village.

MSSRF tied up with the Indian National Centre for Ocean Information Services to provide information to fishermen through digital display boards at its various village resource centres. Over time, a helpline was set up.

It was during a review of these services that fishermen asked why information could not be sent to their mobile phones. This sowed the first seeds of FFMA. “It was a sound idea, but we could not offer this alone. We began looking for partners,” says Velvizhi. And they found a willing partner in Qualcomm. “This project fit perfectly into our Wireless Reach initiative that seeks to empower people through technology,” says Shawn A Covell, vice president, Wireless Reach initiative, Qualcomm. Other partners such as Tata Teleservices and information technology company Astute Systems (which designed the software) were also roped in. 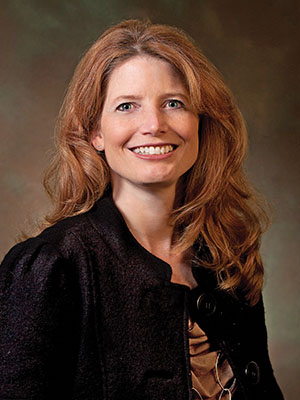 In 2010, a pilot project was launched on the CDMA platform with a hundred Tata Teleservices handsets. The information provided included sea conditions as well as details of potential fishing zones and news flashes of cyclone warning,  benefit schemes for fishermen, and so on. “Earlier, we used to spend hours trying to identify the place where fish would be available. Sometimes, this took us days and we were forced to come back [to the shore] with only a moderate catch. Now, we have a better catch and spend a lot less on diesel,” says Kutti Andi from Nagore village.

“The specialty of the project was that it sought constant feedback,” points out Covell. This helped widen the offering. It was during a feedback session that a fisherman asked, “What is the use of coordinates for ideal fishing zones when not all of us can afford a standalone GPS instrument? We need the GPS function in the mobile.” That is when the need for adding GPS to the offering became apparent. “But this created a new challenge as we could not provide GPS using the CDMA platform. The decision was made to shift to an Android platform,” says Velvizhi.

Tata Consultancy Services came on board to design the app in 2013 and the first version was launched in October that year. It had GPS and International Maritime Boundary Line alert. Like before, a hundred mobile phones were used for the pilot study and they were distributed across 10 districts of Tamil Nadu, Puducherry and Andhra Pradesh. Nearly 1,500 fishermen piloted it in the first year. Based on their feedback, more features were added, including harbour navigation (route to closest harbour during emergency), danger zones marking (rocks, corals, etc), market information, compass and an SOS facility. “All these were added based on suggestions. MSSRF conducted over 8,000 interviews with fishermen before the app was [officially] launched,” says Qualcomm’s Covell.

There are very few apps like FFMA that give information of not only shipping routes but also address concerns that regional fishermen face on a single platform. The fishermen who Forbes India spoke to say this is the first time they’ve come across this kind of technology. Kutti Andi is today less worried about getting arrested by the Sri Lankan navy (he was arrested once and beaten up for straying into the island’s territorial waters). “My phone beeps if I am near the Sri Lankan waters. I promptly turn back,” he says. Sathish says he gets better price for his catch. “We realised how much middlemen were cheating us after we started getting market information on our mobile. It improved our bargaining position,” he adds. Sakthivel agrees: “Our catch has increased and the time we spend in the sea has reduced dramatically.”

Technology and the way it has transformed fishing is making it an attractive profession even among people with college and vocational degrees. It’s also drawing back locals who left their villages in search of a better life. Take the case of S Moorthy of Keechan Kuppam village in Nagapattinam. He studied computer science and spent 10 years abroad, including a few years at a US military camp in Kuwait. But understanding the advantages of FFMA during his visit to India made him stay back. “Earlier, fishing was very arbitrary. As a result, it was a loss-making profession. This technology has made fishing profitable,” says Moorthy, who now makes three deep sea tuna fishing trips a month, instead of two.

Despite the success, there are still some bugs that the app has to address. For one, fishermen complain that it can be downloaded only onto those mobiles that support Andriod version 4.0. Most of them use older models.

The ocean’s choppy waters make the phone wet and non-functional. Many fishermen have even lost their cellphones this way, and they want low-cost water-proof devices. “These issues have resulted in a lower off-take for the app,” says Velvizhi.

The bigger picture, however, is tinged with positivity, one that has inspired other states like Odisha, Goa and Karnataka to follow suit. From all accounts, this technology has transformed the way the fishermen in Tamil Nadu operate.

As N Arumugam of temple town Velankanni puts it, “I shudder to think about how we went into the sea earlier, just trusting our instincts. FFMA exposes how ad hoc and rudimentary our profession was. Thankfully, not anymore.”

(This story appears in the 26 June, 2015 issue of Forbes India. You can buy our tablet version from Magzter.com. To visit our Archives, click here.) 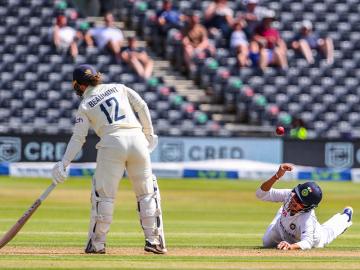 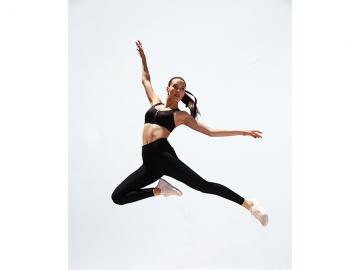 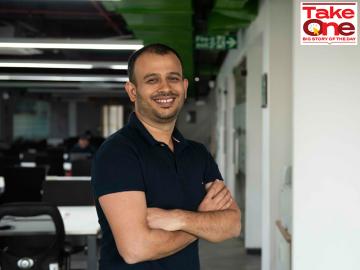