Bandhan gets final nod from RBI to start banking operations

The MFI will look to tap the unbanked rural population, rather than compete with existing banks in the crowded urban banking space, says CMD Chandra Shekhar Ghosh 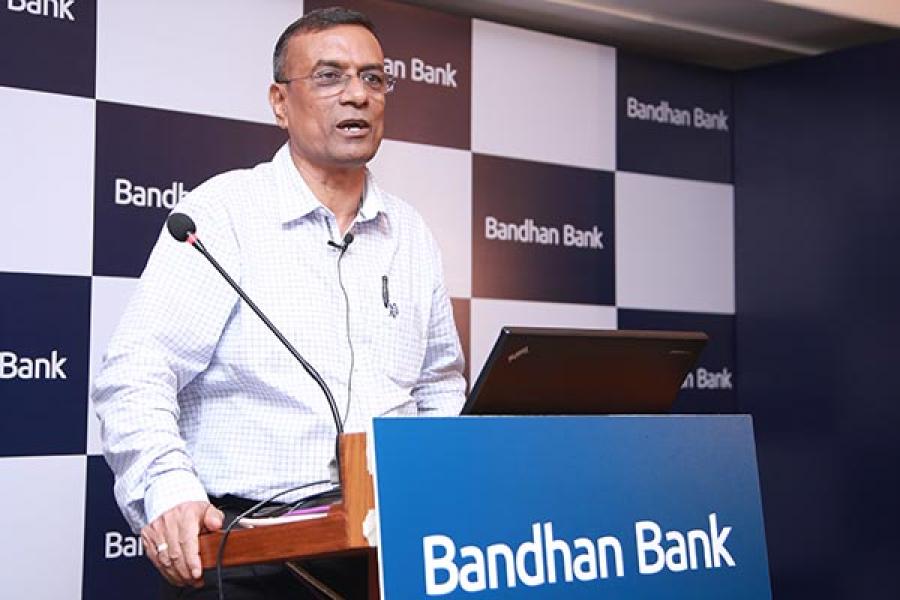 Image: Joshua Navalkar
Chandra Shekhar Ghosh, CMD of Bandhan Financial Services, said the lender’s plan is to open 500-600 branches in the country, with a focus on the East and Northeast

India’s largest microfinance firm, Bandhan Financial Services, will start operations as a full-fledged bank in August this year, with nearly 600 branches across 27 states. Two-thirds of these branches will be located in the semi-urban and rural parts of the country.

The bank—to be called Bandhan Bank—will specially cater to the needs of micro small and medium enterprises (MSMEs). “Our plan is to open 500 to 600 branches with a focus on the eastern and north-eastern parts of the country. We will be a bank for all, but the primary objective will be to serve the unbanked,” Chandra Shekhar Ghosh, chairman and managing director of Bandhan Financial Services, said on Wednesday.

Bandhan currently operates as a microfinance institution (MFI) in 22 states, through 2,022 branches.

In April last year, Bandhan and infrastructure lender IDFC had got ‘in-principle’ approval from the Reserve Bank of India (RBI) to start banking operations within 18 months.

Bandhan got the final nod from the RBI on Wednesday and banking operations will start on August 23, 2015 in Kolkata, its headquarters.

Ghosh said Bandhan’s entire existing microfinance business, and client base of 6.6 million, will be transferred to the bank. While he did not spell out the full range of products the new bank would offer, he said it will offer home and auto loans, insurance products, debit cards and ATMs.

Bandhan, as a bank, will offer secured loans and also take deposits from higher-income customers. It will also continue to cater to its microfinance customers by offering small (below Rs 1 lakh) unsecured loans.

Bandhan’s networth is estimated to rise to Rs 3,200 crore and loan book to Rs 11,000 crore, when it becomes a bank, the firm said in a presentation. Ghosh said Bandhan would not need further capital infusion for the next three years. The bank will also have to list by 2018, according to RBI norms.

Ghosh’s strategy is simple: Bandhan Bank will not aim to challenge existing domestic banks like State Bank of India, HDFC Bank, ICICI Bank or Kotak Mahindra Bank in the crowded urban banking space. Instead it will aim largely to serve the unbanked population of the country—estimated to be 50 percent of India’s population.
Around 400 of Bandhan’s 600 branches will be in semi-urban and rural areas and the balance in the cities of Mumbai, Delhi, Kolkata, Bengaluru, Guwahati, Hyderabad and Patna.

Bandhan has recruited 850 staff at senior and middle-level positions to run its banking operations, in addition to 17,000 employees for its current microfinance operations.

Some of India’s largest conglomerates—including the Anil Ambani-led Reliance Group, the Aditya Birla Group and the Bajaj Group—failed to secure a banking licence, when the RBI decided to grant bank licences for the first time in a decade.