FDI-related regulations for ecommerce players will benefit some and hinder others, but could bring about real profitability in the long term 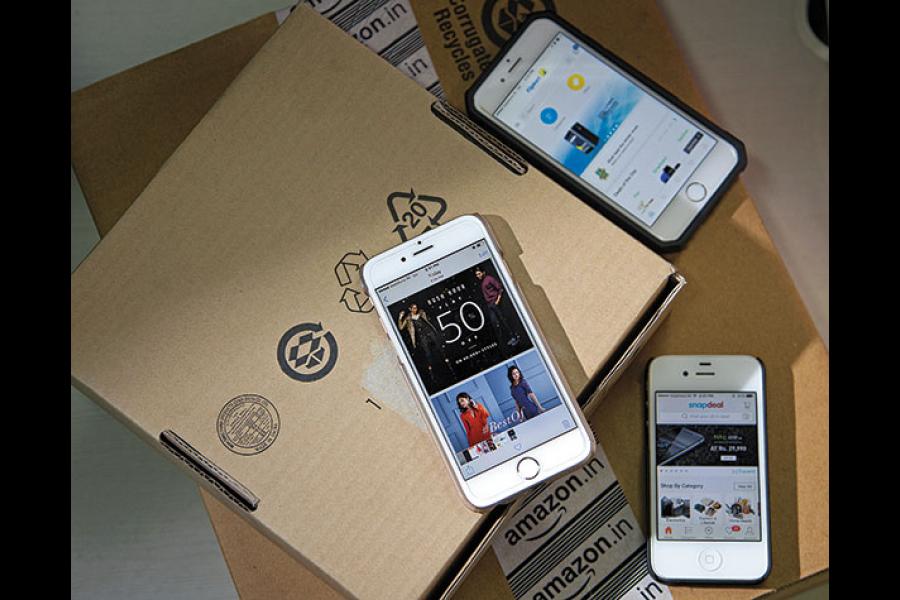 The contours of competition in India’s ecommerce industry are all set to change after regulations around foreign direct investments (FDI) were announced on March 29. The Department of Industrial Policy and Promotion announced regulations that provide both clarity and restrictions related to ecommerce players who operate on the marketplace model.

Clear definitions of what a marketplace can and cannot do are good for the industry and investors. Experts believe the new norms may well set ecommerce players on a road to profitability, but at the cost of the growth of over 300 percent that some of them have been experiencing, riding on the massive discounts they offer. It remains to be seen what impact the norms will have on the ecommerce companies on their already-sluggish valuations. They are also expected to benefit a new category of players in the ecommerce fray—large, well-established business houses.

Advantage Corporates?
The new regulations allow 100 percent FDI through the automatic route in online retail of products and services under the marketplace model. The regulations define what a marketplace is—an information technology platform run by an ecommerce firm to act as a facilitator between buyers and sellers—and how it should operate. The regulations clearly restrict ecommerce companies from directly or indirectly influencing the sale price of goods and also mandate that such companies cannot generate more than 25 percent of total sales from a single merchant or vendor.

“This might affect companies that work with one large client and get most of their sales from that client. There are some anomalies that need to be dealt with. But, keeping that aside, the government wanted to have a pure play marketplace whereby the transactions are not done through related parties,” says Vivek K Chandy, partner, J Sagar Associates, a law firm. For example, WS Retail is the single largest seller on Flipkart, contributing to more than 25 percent of it total sales (recent reports suggest Flipkart will cut shelf space for WS Retail). Similarly, Cloudtail India (a joint venture between Amazon India and NR Narayana Murthy’s Catamaran Ventures) is the largest seller on Amazon.in.

These restrictions apply only to companies that have raised any amount of foreign funding, which would include almost all large ecommerce firms in India, such as Flipkart, Snapdeal and Paytm. This new rule provides an unexpected advantage to captive ecommerce platforms of deep-pocketed Indian corporations. “In terms of the flexibility of doing business, new ventures by Indian corporate houses stand on a stronger footing when compared to entities with foreign investments,” says Amarjeet Singh, partner, tax, at KPMG in India.

In India, ecommerce businesses have differentiated themselves on price point and service quality. But not many corporate houses have adopted strategies like deep discounts and customer acquisition to grow their businesses. When they enter the ecommerce industry, they bank on the manufacturing base, brand recall and strong distribution networks of the mother ship. Which means that despite being late entrants and offering services that may be underwhelming compared to digital natives, the ecommerce arms of older businesses could attain substantial market share. Besides, these businesses, which don’t have foreign investments, are allowed to offer discounts, have sales of over 25 percent from one vendor and can even have a mix of an inventory-based and a marketplace model.

But many marketplace owners are unwilling to accept that these corporate houses have a competitive edge. “The advantage comes to them in the shape of what others can’t do. Nothing makes it easy for them. The existing companies are required to change their ways of doing things. But these new entities [corporate businesses] have to create a space for themselves,” says Sanjay Sethi, co-founder, ShopClues.com.

Better Service
Ecommerce in India is a battlefield, with large firms like Flipkart, Amazon, Snapdeal and Paytm fighting it out for the top slot. With China’s behemoth Alibaba and Japan’s Rakuten gearing up to enter the Indian market and Indian corporate houses paving their way into the industry, the competition is getting stiffer. But given the hammer on discount strategies, the companies will now have to use service standards—like customer satisfaction, delivery standards, and authenticity of products, among others—as key differentiators.

However, it’s possible for online firms to look at alternative routes to circumvent the restrictions on discounts. Merchants or brands are allowed to offer discounts on online platforms. Think of it as a mall, where the mall owner has been banned from offering freebies, but not the individual shops inside the mall. Besides, to build loyalty and interest, an online marketplace can even give coupons or points for future purchases.

“People can find simple, not even smart, ways to go around them [the new rules],” says Harminder Sahni, founder and managing director, Wazir Advisors, a retail consulting firm.

“No one can track who is really offering the discount—the marketplace or the individual merchant. It can’t be done unless a technology comes in to cover each deal and see what’s discounted.”

Marketplaces can also slash the commission they charge from merchants (currently they charge something in the lower teens) and allow them to pass on the benefit to buyers.

But despite the escape hatch, the new norms mean that ecommerce firms will have to apply the brakes on their skyrocketing growth and valuations. “Funding was already difficult, it will be more stringent now, investors will look at the bottomline and ask harder questions,” says Ashish Jhalani, founder of eTailing India (India’s largest ecommerce knowledge platform).

But Singh of KPMG expects that impact to even out in the longer term and feels that the companies may even begin to look at profitability in real terms.

“The strength of these companies is their brand value and once structured as per the regulations, such business will prosper like before,” he says.