Morgan Stanley's Ridham Desai and Chetan Ahya are bullish about the Indian economy. Large-cap stocks look more attractive compared to mid-caps, they say. And they will outperform mid-caps this year 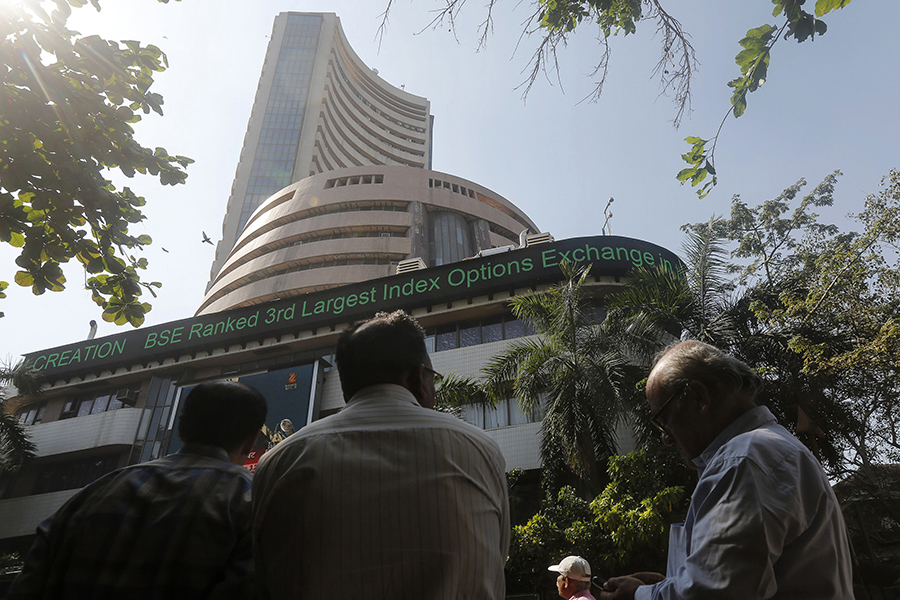 Following are the key points addressed by them:
Chetan Ahya
## On the Global macro situation
Global growth is set to turn stronger; it is moving from policy-driven growth to private sector-led growth. Global growth in 2017-2018 will go up from an average of 3.5 percent to 3.7 percent. We are going to move from below trend to above trend. In the few years after the credit crisis what we had was asynchronous global recovery where one part of the world grew but the other part did not. Since 2010, it is the first time we are seeing a synchronous recovery in the global economy.

## On India story:
India story has been evolving since the last two years and coming out of the adjustment phase and domestic demand has been upbeat. From early 2016, we saw stronger pickup in consumption. Then there was a problem in demand because of the currency replacement programme. In the April-May 2017 data, we see an improvement in consumption. The impact of currency replacement programme shows that the worse is behind us. We used two-wheeler sales as a proxy to understand consumption. Two-wheeler sales on y-o-y basis grew at 7 percent in April and in May 2017, the growth was at 10 percent. We think that the worst impact of the currency replacement programme on consumption is behind us. There is some impact on the real estate sector but there will be recovery.  As consumption and export stay strong, we will see pickup in capacity utlilsation and that will translate into pickup in capex from the first half of 2018.

## We should see all the components of GDP recovering together in 2018 and the economy will fire on all cylinders.

Ridham Desai
## On Earnings cycle
As a consequence of better economic growth, India's earnings cycle is also inflecting and I think that it is the beginning of a new cycle. Earnings will probably grow at 20 percent over the next five years. Between the 2003 and 2007 cycle, the Nifty earnings compounded at 40 percent. The global growth was not as robust then and growth expectation did not match up with the cycle. We are at the beginning of a new earnings cycle and as a consequence, the market may see upside in the coming 3-5 years. Over the next 12 months, we see the index going up a bit more modestly than it has over the past six months. The year has seen returns at around 18 percent and they are likely to moderate in the coming 12 months.

## On large-caps
The large-cap stocks look more attractive from where we are right now as compared to mid-caps. In the rest of the calendar year, large-caps will outperform mid-caps. This is clearly a bull market. In the short run, earnings could moderate a bit. Valuations are in line with historical range.

## On the broad market range
Earnings growth for the broad market will be better than the index. That usually happens in up-cycles. Today IT and pharma stocks do not have good growth stories, but in a couple of years these sectors may see a change in their growth rates. Broad market will see a higher growth than large-cap growth or Nifty stocks.

## Specifically on IT stocks
There is a transition that is happening in business models. The world still needs software and India has labour to deliver it at a lower cost. Indian companies will adjust to the change. Smaller companies will be able to adjust faster. From the stock markets point of view, the market is very pessimistic for IT stocks. When the market gets pessimistic about any sector, there is a strong likelihood that a small positive surprise will allow shares to go up. From a ten-year perspective, the growth rate of the IT industry will not match up with the last ten years and the obvious reason for that is that the companies are now much larger in size.

## On sectors expected to grow
There are structural stories happening in financials and discretionary consumer stocks. Those structural stories are here to stay. Millennials in India are less averse to borrowings unlike previous generations. They are likely to advance their consumption pattern. As per capita income increases, the share of food will start to reduce in the overall income. Non-food items will drive consumption. In the financial sector, 70 percent of the system is still with state-owned banks. I don’t see that changing. But without capital, they are unlikely to grow and lose market share to the private sector. Private sector financials will grow faster. These are structural stories. Then we have cyclical stories.

## On Return on equity (ROEs)
For the market as a whole, the ROEs have to go up as we are starting from very low levels. The biggest drag on ROE over the last five years has been a drop in asset turnover and net margins. I think both of them will turn. Implementation of GST will cause reduction in system inventory. Assets will become more productive. GST will actually be a boost on return on capital.

## On price/book value
The aggregate market is not that rich and is trading at a Price/Book-Value of 3.3 which is bang in line with history.

## Index returns
Index returns will be driven by financial and consumers discretionary in the future. Utilities as a sector will lag. IT should do sporadically well. Consumer staples and pharma sector will also lag.

Tweets by @forbes_india
TCS releases software kit for banks to make their own apps
Eye on GST: Place of Supply and the dilemma of bill-to ship-to transaction