The ace investor passed away in a car accident on Sunday night. There was more to the man than just finance. Forbes India remembers him as a person of ideas and more importantly, a very kind man in the financial markets 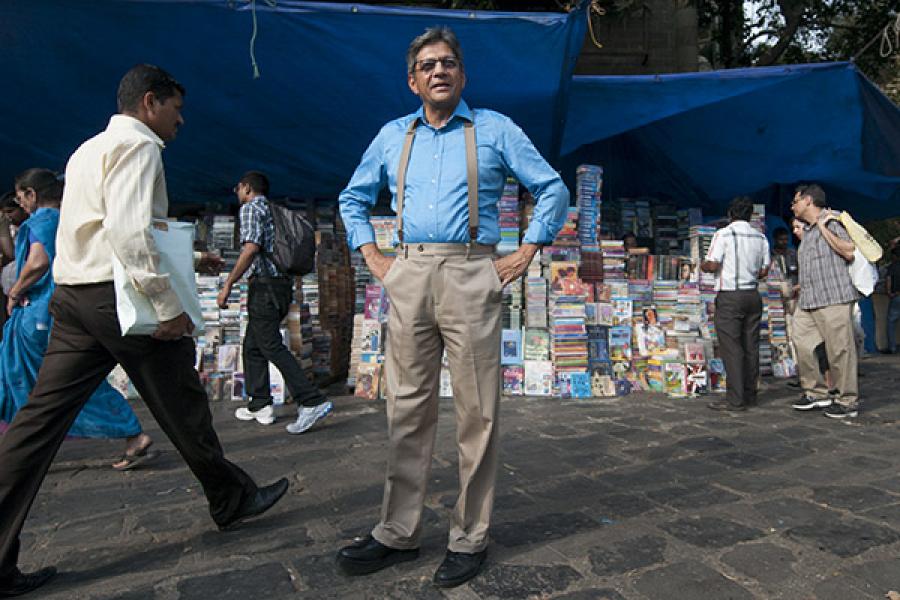 “The idea is to make the middle class of this country into a richer class. Most PMS schemes are aimed to target the rich and make them richer,” Parag Parikh had told me when I was looking for a job in the financial sector around 2004.

A hardcore value investor, Parikh (Chairman and CEO, Parag Parikh Financial Advisory Services) had just converted himself into an active behavioural finance proponent and believed that the only way forward to understand the financial markets was psychology. He believed that the market had a mind of its own which can be deciphered using techniques that were unconventional and in many cases, would not be found in the typical financial books. “To do that, you have to take a different route. I went to Harvard when I failed to understand the astronomical premium being given to software stocks in the boom of 2000. I kept on believing that something was wrong in the way the market functioned and told my clients to hold on as I believed this rally will turn to dust. But that did not happen. Many of my investors lost money and it really hurt me a lot,” he said.

For Parikh, it was really important to make money for the emerging middle class. He was managing a portfolio management scheme for middle class investors with a ticket size of only Rs 5 lakh when all the competitors were asking for anything between Rs 25 lakh and Rs 1 crore. While the entire industry was gathering assets, Parikh decided to play a different game. He was fine even if he got less money to manage. What mattered to him was the opportunity to enable the middle class to invest into the stock markets. He believed in typically investing in FMCG stocks or any defensive sector where there are long term returns, low volatility and where investors did not have a volatile ride. With this philosophy, he did not allow any other market forces to shake his belief. During the time of the dotcom boom, software became the flavour of the century and Parikh’s clients started to crib that their portfolio returns were much lower than the competitor PMS.

Parikh did not have an immediate solution. “I prayed in my cabin. At times, I felt that I was behind the curve and I don’t actually understand finance,” he said. In 2001, on the advice of a close friend, he decided to take go to Harvard and understand behavioural finance. And that changed everything.

When he came back, he was a man buzzing with ideas. He started to look at portfolio management as an art and a psychology experiment. Rajeev Thakker, his trusted lieutenant and his entire team at PPFAS, joined him on his new path and decided to put up a system to understand the psychology of the market.

“Do you think you can do this exercise for me?” he asked me.  I did not refuse. I knew it was a huge database exercise and a difficult one. But I was willing to give it a try. I was hired.

From the very first day, I started interacting with Parikh. He sat in his cabin without a stock exchange terminal. There was his meditation chair and lots of books mostly dedicated to philosophy, biography and finance surrounded him. There was everything that one would like to know about Warren Buffett, though he also had books about movie-makers and politicians.

“Who needs a terminal in office? We are long-term investors. This screen watching only gives you blood pressure and cholesterol problems. You should buy stocks for their fundamental reasons and forget about it,” he said. He was completely against the idea of day trading and derivatives as he believed that nobody really made money over the long run by using these tools.

But one day, we casually discussed about how derivatives can be used as a hedging device for portfolio management and they should be taken seriously. I knew he hated derivatives. After discussing them at length, he said that there was some truth in the argument but he would prefer to use it only by using his personal money. “I don’t want to put my client’s money at risk out here. Let me first play this on my own,” he said.

Over a period of time, I realised that Parikh was a man of habit. Though he was not exactly an early morning person, he would be in office by around 10.30 am and spent much of his time in meetings; 1 pm was meditation time. This was something he would not miss no matter what happened. He followed a strict diet and preferred to go out for meetings in the afternoons. He loved an occasional drink at the CCI and after 8.30 pm, he would be eager to go home.

Throughout his career, he focussed on his clients. He wanted to understand the retail client as well as the institutional client and aimed to provide them a service that was different from the competitors. He wanted to be one of the clients. He had the restaurateur philosophy of eating at his own restaurant.

So, when he converted his PMS into a mutual fund in 2013, he did not deviate from this philosophy. He made it clear that every employee of his firm would do their equity investing through the mutual fund. He will invest through the same portfolio that he was managing for his clients. He also made it clear that he will have only one fund and he and his employees will not concentrate on other products.

Staying true to his philosophy of managing money for the middle class, he decided to take the same approach to his mutual fund. Instead of concentrating on the top cities in India, Parikh decided to go deeper into tier II and tier III cities. These would include Ahmedabad, Kolhapur and many others where there was a middle class population but the financial sector of the country had completely turned a blind eye to them.

“I was having a seminar to introduce my fund in one of the posh hotels in a small town. A man came and told me that I want to invest in your fund, but we have never been to such high-end hotels where you are inviting your distributors and investors. I did not know what to say to him. I wanted to reach out to those people and I really didn’t know how to go about it,” he said.

Parikh was always worried about the downtrodden and wanted to know if there was some way in which he could go out and help the poor. But then the track that he had chosen to make the middle class into a rich community itself was noble. The middle class community in India is scared of equity markets. They have always felt that equity trading was about insider news and they had no hope in such a market. Parikh wanted to turn all this on its head. That was one of the reasons why he was talking to a lot of people to invest into equities through his fund. He knew that he did not have the distribution power of a big mutual fund but since he was clear about the kind of customers he was looking for, he had the patience to wait. He was not interested in the quick road to riches and felt that his customers should be like him.

When Forbes India decided to do a profile when he started his mutual fund, he agreed to meet us for a photo shoot at around 4 pm in Fort. I saw him coming out of a brand new sedan. That was unlike him. He had always preferred second-hand cars. “This time, I decided to go for a new car. And now don’t make a big deal of it,” he laughed.

He stood outside a stall that was selling second-hand books. He had a vibrant smile. It shone in the 4 pm sun. “I hope you have done justice to my picture. Don’t mess around with it,” he told Vikas Khot who had made him pose outside the bookstore. Then Parikh turned and picked up some Archie comics for me. “This is for you, Pravin. It is perfect for your mental age,” and he gave his Parag Parikh laugh.

While working with him, I learnt a lot about finance. He always said insurance is for protection and don’t look at it as investment. Buy defensive stocks and stay with them, no matter what happens… you will end up making money. And third, be a nice person because if you are not one, then all the things that you do in your life have little value. That was a lifetime of learning that I had in the few months that I worked with him.

The work that he had assigned to me was actually an exercise in big data. From my side, I was not able to do justice to the project and we decided to part ways. I moved out of his firm without a job and I was wondering what to do next. It had been only a week since I moved out. One evening I received a call from him. It was a Sunday evening. “Did you get a job or are you looking for one?” Parikh asked me. “Nothing, sir. As of now, I’m chilling out,” I said.

“That’s what I’m worried about. I want you to do something and not chill at home. Should I make some calls?” he asked. “No, sir. I will take up a job in the press,” I said. “Find a job early. Else, I will have to do something,”, he said.

Since then I regularly kept in touch with him. When I got an SMS on Monday morning about him passing away, I felt numb. The man who was so full of ideas about finance and philosophy was no more. More importantly, a kind soul passed away.

Tweets by @forbes_india
Meetings with the master: A 30-yr-old conversation with Satyajit Ray
Future Retail to merge with Bharti