A new book sketches a silhouette of the former Indian prime minister's life, through his personal writings and records 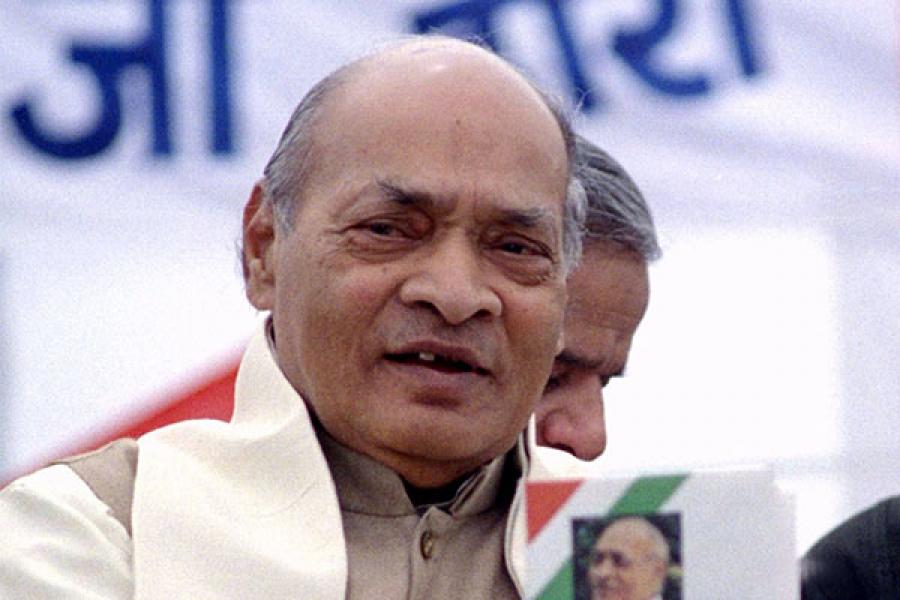 If great men are defined by their presence, straightforwardness, or ability to dominate a room, PV Narasimha Rao was no great man. If, however, men are judged by their ability to create positive reform, Rao was India’s political Indiana Jones. He was a veritable puppet-master, a pundit who remained behind the curtains as he wrought the greatest changes to the Indian government before being buried into relative obscurity. India chooses only to remember that twenty-five years ago a budget passed by a fledgling government changed the course of the Indian economy; Rao’s facilitation of this budget and his own policy of de-licensing are largely forgotten by a public that still buys into the judgment of the Nehru-Gandhi clan. Accordingly, when one asks a common taxicab driver about the PV, all he can muster is a convoluted story about a fallen mosque and a resulting massacre.

In an effort to correct his tarnished legacy, Vinay Sitapati has written a book that both defends Rao and gives him his due as “the architect of contemporary India.” Half - Lion: How P.V Narasimha Rao Transformed India is the first book to use Rao’s personal writings and records to sketch a silhouette of his life, and consequently, the history of India’s economic revolution. According to Sitapati, the amount of academic literature on Indian history after Independence is scarce. He quotes Indian historian Ramachandra Guha who famously wrote that “when the clock struck midnight and India became independent, history ended.” Like Guha, Sitapati has set out to fill in the gaps by telling the story of   Rao since “in many ways, Rao’s story is the story of the modern Indian Congress party and of the modern Indian nationalists.” Even more importantly, it is the story of Indian economic growth and the development of an Indian welfare state.

Sitapati delivers the history and the politics like doses of bitter medicine couched in the honey of intimate anecdotes ranging from those about Rao’s cook to those about his mistress. Over one hundred interviews form the source material for these anecdotes, and contemporary narrative of the book. Half-Lion claims a place on the popular bookshelf as well as in academia; it is also the first book to be written by an author who was given access to Rao’s personal papers. A quality perhaps even more acutely gauged than his leadership was Rao’s meticulousness. Close advisors attest to the sight of Rao without a notebook at hand as an anomaly. Rao’s family allowed Sitapati access to some forty-five odd cartons full of these journals, papers, and diaries, where he seems to have painstakingly cataloged his every interaction. Sitapati talks at length about how useful this access was in piecing together a history that reveals a more natural understanding of Rao’s objectives, interactions, and decisions.

It is not Sitapati’s purpose to make Rao look good; the book is rife with voices that criticize the former prime minister for his infidelity to his wife, his intentional lack of action during the Sikh revolt after Indira Gandhi’s assassination, and his abuse of the political system. Despite highlighting these faults, Sitapati uses Rao’s personal papers to make the argument that Rao’s involvement in the major reforms for the country overshadows these major shortcomings.

As Sitapati says repeatedly, it is quite difficult to find Rao’s fingerprints in the very policies that he micro-managed. He scrupulously chose to distance himself from his administration’s reforms, often enabling them to squeak by, carefully tailored but virtually unopposed. The reason why a common cab driver doesn’t remember Rao as the man who saved India from an economic decline and engendered the welfare state is because Rao never associated himself with the very changes that he doctored. Instead he shielded himself behind people like Finance Minister Manmohan Singh who is largely credited with the reforms that would forever shape the nation’s history. Sitapati has unearthed papers like a 1995 telecom policy, heavily annotated by Rao, that shows exactly how much of a role he had in facilitating privatization of mobile services and increasing access to the mobile market. Other articles like this show exactly how involved Rao was in each policy that passed during his time in office. Yet, none of these policies have become associated with the former prime minister who took painstaking care to appear as though he had no role in the reforms.

Rao was perhaps the least politically powerful prime minister to be elected- he had a minority in Parliament and he had, as Jairam Ramesh so eloquently describes it, “the charisma of a dead fish,” a quality that prevented him from gaining popular appeal. It was, thus, through his sheer ability to pretend that the status-quo was being maintained that allowed the Indian private sector to take off. Hiding behind the guise of socialism and appealing to the Nehru sympathies, Rao pretended to be a man of few actions- letting his political understudies become the face of change, a characteristic that reveals true political acumen. Bold but substantiated, his personal documents and newly found papers reveal that Rao was the unlikely puppeteer of nearly every policy that reformed the country into the India that it is today.

When Rao entered office, the country was facing an economic crisis that would have forced any prime minister to liberalize trade and temporarily devalue the rupee. So Rao liberalized and he devalued. But he went farther; he proceeded to destroy the license-raj and allow private, domestic, and international companies to enter into the market. It was Rao whose ambitious vision produced an iconic budget document that so liberalized trade. In an anecdote which reveals to what extent Rao encouraged Manmohan Singh to create the ground-breaking budget that he did, Sitapati writes:

In mid-July, Manmohan Singh visited the prime minister’s office with the top-secret draft budget. A senior bureaucrat and visiting Indian diplomat say they were both present in the room when Manmohan Singh gave the prime minister a one-page summary of the draft. They remember Rao sitting in his chair and reading through the page, while Manmohan stood with them waiting. Then, Rao looked up at Manmohan and said, ‘If this is what I wanted, why would I have selected you?’

Rao did not simply rescue the economy sending income levels to an all-time high, but he also created India’s welfare state. Although Rao had taken the Indian economy in the direction of global capitalism, he very much believed in a socialist democracy. He worked with Singh to fix the loopholes in the tax policy so as to increase government revenue from a burgeoning economy. This excess money was filtered into education, health, farming, and social protections schemes. Where Indira’s “garibi hatao” initiative backfired, increasing the poverty in the country, Rao’s encouragement of a free market and better welfare policies helped the less fortunate in the country. Rao managed even the smallest facets of these reforms to make ensure their implementation. For example, he specifically oversaw the fixing of the food subsidy program- Sitapati even writes: “Rao’s private papers are full of his notes on the subject.” Accordingly, Sitapati insists that it is the economic reforms that should form the memory of this man whose “legacy manifests in the everyday life of most Indians.”

It is impossible to understand the politics of India today without giving Rao his due as a key orchestrator in his nation’s economic revolution. India now has the opportunity to see a long neglected yet enigmatic hero and decide for itself whether to remember Narasimha Rao as a simple man, a great leader, or as the Narasimha (avatar of Lord Vishnu), “Half-Lion.”