The former chairman of the $103 billion-conglomerate sought to empower the boards of operating companies to reflect the changing standards of corporate governance in the country and fix accountability at the right place, says statement from Mistry's office 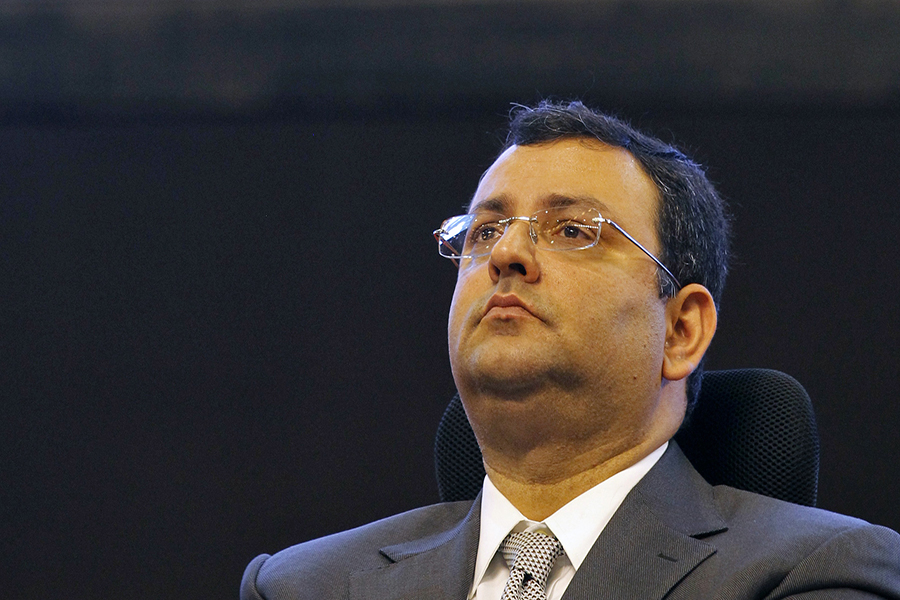 Tata Sons’ questioning of the independence of the independent directors on the board of Tata group companies like Indian Hotels Co. Ltd (IHCL) and Tata Chemicals, who have come out in support of the conglomerate’s ousted chairman Cyrus Mistry, is “truly unfortunate,” a statement issued by Mistry’s office on Sunday evening said.

At the recently concluded board meetings of these two companies, the independent directors reviewed the decisions taken by the management under Mistry’s leadership and re-affirmed their faith in his abilities as chairman through public statements. This led to Tata Sons claiming in a statement that Mistry, who was replaced as chairman of Tata Sons on October 24, was trying to gain control of individual group companies like IHCL with the support of these independent directors.

“He has cleverly ensured over these years that he would be the only Tata Sons representative on the board of IHCL in order to frustrate Tata Sons’ ability to exercise influence and control on IHCL,” a Tata Sons statement dated November 10 said.
Subsequently Tata Sons, as the main promoter shareholder of group operating companies like IHCL, Tata Consultancy Services, Tata Motors and Tata Steel, called for extraordinary general meetings of the shareholders of these companies to put a resolution to oust Mistry and Bombay Dyeing chairman Nusli Wadia, who is an independent director on the boards of these Tata group companies.

The statement from Mistry’s office issued on Sunday evening said that Mistry, son of Pallonji Mistry, who is the single largest outside shareholder of Tata Sons with an 18.4 percent stake, understood the need of a strong corporate governance framework “that balanced the interest of the promoter with minority shareholders’ rights.”

“In addition, between Tata Trusts, Tata Sons, and the Tata operating companies, there was a need to be compliant with the law relating to insider trading by ensuring communication of unpublished price sensitive information strictly on a need to know basis,” the statement said.

The Mistry camp has alleged that an amendment made in the Articles of Association of Tata Sons at the time when he was taking over as chairman from his predecessor Ratan Tata in December 2012 was wrongly interpreted to assume that any significant business matter that had to be discussed at the Tata Sons board, needed to be brought to the attention of the Tata Trusts (which holds a 66 percent stake in the flagship holding company of the group and is led by Ratan Tata) beforehand.

“In the spirit of protecting the interests of all stakeholders, employees, and minority shareholders, the strategy of individual operating companies, Mistry believed, should be created by their management and approved by their own board of directors,” the statement said. “By placing the responsibility where it should lie, with the board of directors of the operating companies, allowed the independent directors to ensure that the interests of minority shareholders were aligned with the operating company’s strategy as well as the overall direction of the Tata Group.”

“It is imperative to highlight that out of the above list of nine independent directors, six were appointed during Ratan Tata’s tenure (Parekh, Dadiseth, Godrej, Munjee, Wadia and Thorat). Two of these directors also serve as trustees on Tata Trusts,” the statement pointed out. “To question the independence of the directors by Tata Sons, is truly unfortunate given that the country acknowledges them as stalwarts of India Inc. To suggest that “ulterior objectives” and “clever strategy” can sway these eminent names in undertaking their fiduciary duties…is absolutely astonishing and really speaks to how low Tata Sons has unfortunately stooped in their public statements.”

Interestingly, sources close to Tata have earlier justified the decision to replace Mistry with 78-year-old Ratan Tata as interim chairman on the grounds that this was a decision taken by a high-calibre board of directors that included business luminaries like Ajay Piramal and Venu Srinivasan, who are independent directors on the board of Tata Sons. Mistry appears to be using the same analogy to defend his position as chairman of the group operating companies, by extoling the stature of the independent directors on the boards of these companies.

Mistry also took the chance to respond to some of the other allegations made by Tata Sons against him in Sunday’s statement – especially those that dealt with the subject of operating companies drifting away from the parent, Tata Sons.

Mistry’s office pointed out prior to his chairmanship, all Tata Sons board members, except him, where internal to the group. At present, the requirement to have 30 percent of the board comprising directors nominated by the Tata Trusts and another 30 percent independent directors meant that in addition to Ishaat Hussain (Tata Sons’ finance director) and Mistry, there was possibly only one more senior group centre member who could be on the board of Tata Sons. This limited the involvement of other group centre members on the Tata Sons board. “Moreover in the past three years, all these internal members, with the exception of Ishaat Hussain have retired. This was a generational change,” the statement said.

“As agreed with the Tata Sons board, the governance mechanism to protect Tata Sons’ interests and ensure adequate group representation on operating company boards, was to GEC (group executive council) members, other senior group centre members and select CEOs on the boards of operating companies,” the statement added.

In another statement issued on Sunday night, Tata Sons said: “Tata Sons, in its statement of November 10, 2016, has already put forward facts so that the decision of the Tata Sons Board, to replace Mr. Cyrus P. Mistry as Chairman, is seen in the desired perspective. The Tata Sons management will do whatever is required to deal with the situation. In the light of the developments since November 4, 2016, Tata Sons reiterates that it is crucially important for Boards, including independent directors, to consider that their views and positions ensure that the future of Tata companies is protected, taking into consideration the interest of all stakeholders.”