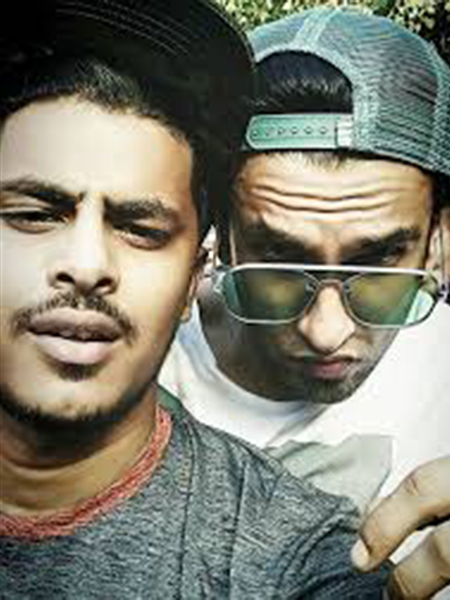 IncInk, an independent music label launched by actor Ranveer Singh and his ad-filmmaker-friend Navzar Eranee in 2019, has signed a new artiste, Abhay Prasad, known by his stage name Devil The Rhymer. The Gully Boy star’s “passion project” aims to promote raw hip-hop and rap talent in the country by giving them a platform to express themselves. It had initially taken three youngsters—Mumbai’s Kunal Pandagle (Kaam Bhaari) and Chaitnya Sharma (SlowCheeta), and Nitin Mishra (Spitfire) from Madhya Pradesh—under its wing.

Singh was blown away by Prasad when he heard him for the first time. “Even before I knew his name, I heard him rap. There was speed, depth and fearlessness at its highest expression,” he says. “He is a brilliant artiste and a true poet of his generation. At just 21, he is set to take centre stage in the industry. His flow is unique his style is striking—we believe in him.”

A resident of Delhi, Prasad is working on projects that will be out later this year under the record label. Says Eranee: “He is a unique and uninhibited performer whose lyrical depth will surprise audiences.”

In an earlier interview to Forbes India, Singh had said that IncInk—where Inc stands for inclusive and Ink for Inkalab (revolution)—was more than just a business for him. “My primary art is acting. For me, this is a pure passion project. It’s about giving back. If I see talented people making good art, I want to do my bit to get their voices heard. It’s a label that focuses on free creative expression,” says the actor, who will be seen next as former India captain Kapil Dev in 83, a film about India’s maiden cricket World Cup victory.

Through their songs, IncInk’s rappers make a commentary about societal ills such as fascism, communalism, female infanticide, dowry and corruption using colloquial language and hard-hitting lyrics.

The coronavirus pandemic may have temporarily put the brakes on the label’s expansion spree, but it is now slowly getting back to business. On Wednesday, IncInk released its latest song, Mehfil-E-HipHop, which is a celebration of collaboration, unity and inclusivity. The track features all four talents that it has signed. The song—produced by Nuka (Anushka Manchanda)—and the music video were created and shot during the lockdown at their respective homes.

“IncInk is committed to discovering and promoting new musical talents from across the country. Our project is a platform for budding musicians who we believe will change the music industry in the near future… the signing of Devil is one step forward in that direction,” adds Singh, who jumped one place up to No 7 with earnings of Rs118.2 crore on the 2019 Forbes India Celebrity 100 List compared to Rs84.67 crore in 2018.

Though at a nascent stage in India, Singh and Eranee are bullish about rap and hip-hop. And the success of Gully Boy, based on the real-life stories of Indian rappers Divine (Vivian Fernandes) and Naezy (Naved Shaikh), has only reaffirmed that belief.