Regional push leads to 10% hike in subscriber base in 5 months: Star TV Head-Sports 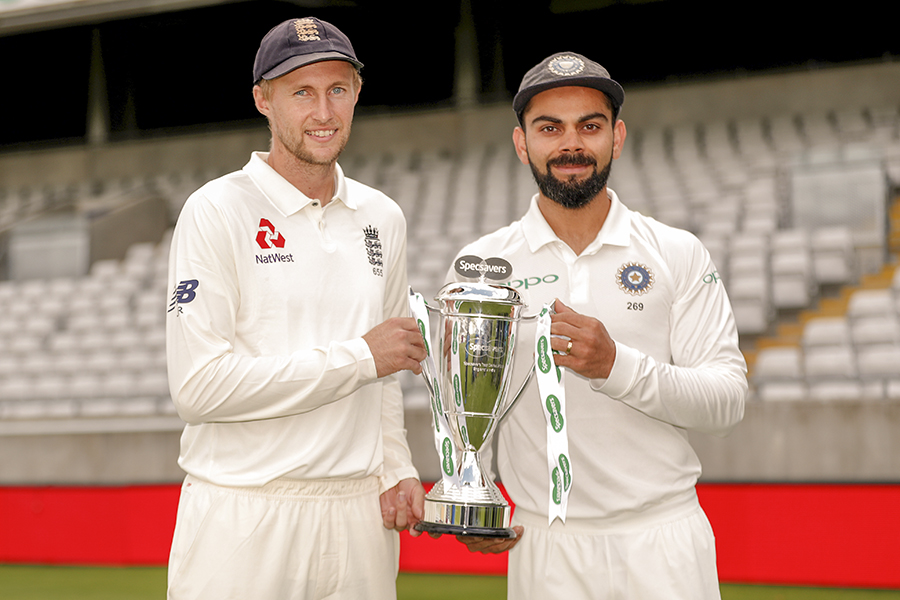 Captains Joe Root and Virat Kohli with the trophy before the start of the four-match Test series between India and England
Image: Andrew Boyers/ Reuters

Q. We’ve seen very little live sports action in 2020. From a business perspective, how did this impact revenues for FY21? The only two big sporting events that happened in 2020 were the Indian Premier League (IPL) and the India Super League (ISL). For IPL, there was clearly a pent-up demand that led to its success and a genuine rise in advertiser interest. We have also seen a 23 percent increase in consumption compared to 2019: IPL 2020 has been the most-watched IPL of all time with 31.57 million average impressions compared to 27.3 million last year. This year, for IPL, we’ve had more advertisers than we've ever had before, including some new categories like FMCG coming on board. We have seen this advertiser interest carry forward and magnify for India-England as well with 18 sponsors, which is a fairly significant number for a bilateral series. A lot of categories for advertising that remained muted over the last four-five months are also making a comeback now. One of the big factors is also that the sentiment in the economy is turning positive. This could also be due to the fact that cricket is coming back to India. Second, a good opposition team like England, which is a T20 World Cup finalist and one of the best Test teams. With ISL, the good thing was that a lot of its earlier clients, including the title sponsor, Hero, came back despite the impact of the pandemic. Also, we have seen a massive growth in ratings, especially with SC East Bengal and ATK Mohun Bagan joining in this year and tapping into markets like West Bengal—a core football market. Q. IPL is among the first cricket broadcasts to use a variety of pre-recorded crowd noise. Give us a peek into the technological innovations that you had to undertake and the challenges that came with it. The biggest challenge was to change people’s mindset, and reimagine what the viewing experience would be in the absence of crowds: Not try to compensate for the lack of crowds, but actually redesign the experience. There were two aspects to the production—video and audio—to build a more intimate relationship with the viewer. With video we started with the fundamental building blocks, since we needed to completely recalibrate the way we cover this game. We took this as an opportunity to get our viewers closer to the players by virtue of camera angles, and build the narrative around them. Audio was the more challenging bit, which we approached in two different ways. First was the sounds that were in the stadium—the sound of the ball hitting the bat, conversations on the field—needed to be amplified, because in the absence of other sounds that is the one sound that people still want to hear. But at the same time, you don't want people to feel that there is a lack of excitement. And it wasn’t that there was a lack of excitement, it’s just that it was not at the stadium, instead it was in people’s living rooms. We wanted to bring the excitement of the living room to the broadcast. For this, we created 126 tracks including player chants, how people react when a boundary is hit and various combinations of it. The track changed based on what team was playing, who the player was and what the situation was. So, when [Mahendra Singh] Dhoni hits a six for Chennai Super Kings, the sound wasn't the same as Sanju Samson hitting a six or a four for Rajasthan Royals. 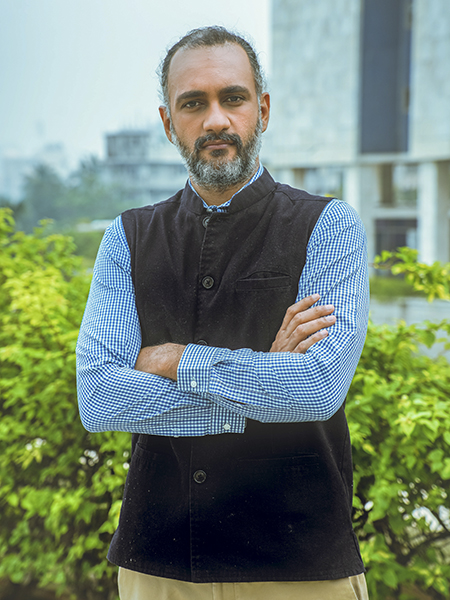 Q. India-England is the first live sports to be played in India in nearly a year. What are Star Sports' strategies to increase engagement for this series? We started with our marketing campaign which was “India Hai Taiyaar”, which was for Indian fans to welcome back cricket to India. We are trying to build a context around the series itself, the fact that this series will define which team will play against New Zealand in the final of the World Test Championship, makes it a marquee event. The other part was around the pink ball Test [the third match to be played at Ahmedabad], which is a part of the series. It is India's second pink ball test, but also the first international game that the world's biggest cricket stadium [the Sardar Patel Stadium] is going to host. That gave us the second narrative around this series. We are also pitching this as a huge festival of cricket in Ahmedabad. The interesting thing is that international cricket is returning to Ahmedabad after eight years. The third part is around fans potentially returning to stadiums, as part of the second test match in Chennai, which again signals a move towards resuming normalcy. Over the last year, we have designed an experience, which is catering to fans at home, and now when fans are going to come back to the stadium. We are in a position wherein we can design the most holistic viewing experience possible—where fans at the stadium and at homes can feel like they are a part of the broadcast. Q. Star Sports will broadcast the India-England series in Hindi, English, Tamil, Telugu and Kannada. What sort of viewership numbers are you seeing in the vernacular segments and what are your strategies to expand vernacular viewership? Most of our strategic push around building viewership for cricket is predicated on the regional strategy. We launched Hindi in 2012, which was the first attempt at widening access to cricket. This was specifically because we believed that a lot of fans of the game would not tune into the broadcast because they didn’t feel that the it was “theirs” and that it wasn’t culturally relevant for them. I think the success of Hindi—which now contributes to more than 60 percent to the viewership—suggests the strategy has paid off. That propelled us to launch Tamil in 2017 and then Telugu and Kannada in 2018 and 2019, respectively. We’ve seen great success for adoption of these channels. Of all the TV households in Tamil Nadu, 90 percent have subscribed to Star Sports. Similarly, in the AP-Telangana region, the number is 82 percent. Post the regional push that we gave the network, we've seen the total subscriber base for Star Sports grow by almost 10 percent in the last five months, since a week before the IPL started. We continue to see a growing adoption for Tamil and Telugu. Kannada to a lesser extent as of now, but that's going to get a renewed push during the next IPL. As of now Hindi, Tamil, Telugu constitute almost 86 to 87 percent of the total viewership. Q. Are there any new languages that you are planning to move into? This is an ongoing conversation that we keep having within the team. It's oriented to where we believe our audience is, which is the next audience cohort that we can bring into the fold. The strategy is effectively towards only one objective, how do we broad-base the viewership of sports in this country. We've had discussions about Marathi, Bangla and Malayalam. There have been conversations about a few other languages, but we need to pursue a regional strategy because we don’t just dub the feeds. If you watch any of the regional language channels, it is customised for the socio-cultural fabric of that state or that region...everything from the choice of commentators to the language of the graphics to the kind of storytelling, to the players we focus on. The Tamil feed has a stark difference in approach from the Hindi feed. So, it’s not just a language strategy, which is why we need to think much more deeply about the region, the potential it has in terms of new audiences, and the current levels of affinity for cricket and where the margin for growth is. Q. With Hotstar streaming IPL matches and other OTT platforms foraying into the live sports space, what strategies are the TV channels taking to drive viewership?

To continue to redefine viewing experiences, there are two questions you need to answer. One, can you personalise the broadcast as much as possible? Second, are there audience cohorts out there who are currently not engaging with the events? For instance, when we acquired the IPL, we created the Select Dugout feed. This was oriented towards hardcore cricket viewers who were not watching IPL enough. The whole idea was to create a feed or a service, which engages them meaningfully and talks to them in a way that they want to be spoken to. Dugout has experts talking about cricket in a more intimate fashion, so it is a lot more technical with a lot more numbers and analysis. On the other end of the spectrum, in 2019, we launched a feed called Super Funday every Sunday on Star Gold and Hungama. This was an attempt at bringing in a lot more kids and moms into IPL. The idea was to recruit new viewers who can continue watching IPL as it moves forward. In 2020, we saw viewership for women grow by 24 percent and for kids (2 to 14-year-olds) grow by 20 percent. I think the one strategy that we pursued is personalisation, which is to continue building a “megacast”; it’s not a broadcast anymore. Every broadcast is actually a combination of multiple feeds that we are putting out for different audience segments that are not engaging with the IPL enough, and we are trying to build drivers or triggers for them to consume or consume more. And, apart from this, as I mentioned above, our strategy is regionalisation. Q. Give us a sense of how the non-cricket viewership stacks up against cricket viewership. What are the most popular sports after cricket? Most sports viewers in India are cricket viewers. There are states like Kerala and West Bengal, which have a devoted following for football and they don’t watch cricket. However, interestingly, in IPL 2020, Kerala, for the first time, actually contributed to as much as a four percent consumption of IPL. I think there are regions in India which have a more dedicated following for other sports. For example, states like Andhra Pradesh, Telangana, Maharashtra, Haryana and Punjab follow kabaddi more than cricket. Similarly, football has strong pockets of passion in the Northeast, West Bengal, Kerala and Goa. We are also beginning to see green shoots for football in Chennai and Bengaluru. So beyond cricket, the two sports that we are most deeply invested in, and most bullish about, are kabbadi and football. Q. What are Star Sports' plans for the coming year? I'd love to say, wait and watch. Obviously, there is the IPL, then the T20 World Cup, and there is a fair bit of bilateral cricket that will happen throughout the year too.