Why is Bollywood going bust, startups' disastrous trend, six big ideas in economics - and many such eye-opening articles 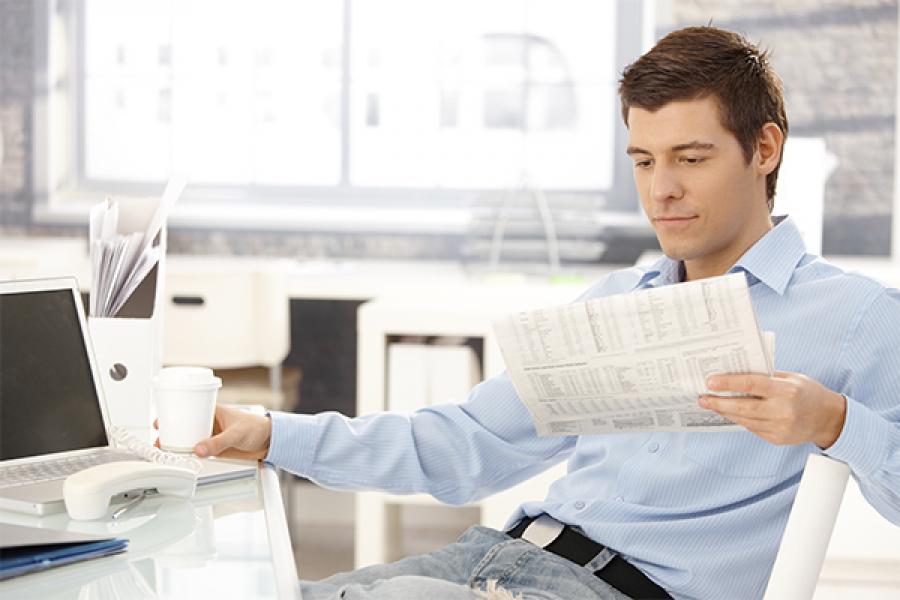 Here are the ten most interesting pieces that we read this week, ended September 16, 2016.

1) Work pressures demand more downtime than a fleeting week off [Source: Financial Times]
This piece puts forward the case that while shorter, more frequent vacations is the norm in our “smarter, faster, better” culture, our body might actually need bigger chunks of downtime to recharge our batteries fully and gain adequate mental distance from our often-toxic work environments. It discusses a 13-year study of four cohorts of investment bankers which illustrates the long-term costs of ignoring our bodies’ need for respite. It also highlights that avoiding unsustainable work habits takes more than changing jobs or even occupations.

2) Six big ideas in Economics [Source: The Economist]
The Economist has assembled a set of briefs on six important economic theories that have helped us understand how the world works – 1)Information asymmetry which discusses how the markets tend to break down in the event of information asymmetry between buyers and sellers 2) Minsky’s moment which discusses ‘financial instability hypothesis’ of Hyman Minsky examining how long stretches of prosperity sow the seeds of the next crisis 3) Stopler – Samuelson theorem shows how free trade with low wage nations could hurt workers in a high wage country 4) Fiscal multipliers which highlight work of John Maynard Keynes focusing on how fiscal spending is the best way to get out of an economic recession 5)Game theory which discusses one of the most famous economic theories developed by the legendary mathematician John Nash (of “A Beautiful Mind” fame) and 6) Mundell-Fleming trilemma which discusses the trilemma facing central bankers the world over to choose two options between free capital mobility, exchange rate management and monetary autonomy

3) Can trivia help us to be less ignorant of our own ignorance? [Source: Financial Times]
This piece discusses how an experiment conducted by two psychologists, David Dunning and Justin Kruger, on a group of undergraduates revealed that most students thought that they were above average logicians, grammarians and wits. They highlight the fundamental problem or ignorance leading to an inability to diagnose ignorance in this. According to the article, the cure for this is either asking for frank advice or increasing the breadth of knowledge.

4) How one start-up developed a sales model  that works in emerging markets [Source: HBR]
This piece studies the sales model of BioLite – a designer and manufacturer of personal-scale energy appliances that enables users to cook, charge, and light their lives off the grid, adopted for the emerging markets. They conducted a series of six sequential experiments which allowed the company to learn and tweak their model at each step starting with a passive selling strategy at a local storefront which did not work to facilitating a localized demo with transactions possible using microfinance as the final step.

5) The twisted logic of negative interest rates [Source: Financial Times]
Our guru John Kay, in this piece, discusses how Sanofi and Henkel have recently issued more than €1.5bn of debt between them with an interest rate of minus 0.05 per cent. While low interest rates are expected to revive economic growth, this is not happening as private sector is happier holding cash. He highlights how Munich Re is reported to have explored the possibility of storing its cash pile in heavily guarded warehouses. Interestingly, however, there are simply not enough notes to go around to substitute for holdings of debt. The volume of negative yielding bonds of the German government alone exceeds the value of all the euro notes in circulation.

6) An insider view – Why is Bollywood going bust? [Source: thequint.com]
According to the author of this piece, the recent news of Walt Disney shutting down its motion pictures division in India is not surprising. He says so because of the illogical ways in which studio heads function make no sense at all. He discusses a few scenarios since 2004 to highlight how corporate studios including the likes of Sony, PVR, Warner Brothers and Birla group failed while traditionally family owned studios like Yash Raj films and Dharma Productions flourished at the same time and discusses possible reasons for such a disparity in results.

7) India’s growing federal fault lines [Source: LiveMint]
This piece highlights the growing income disparity between the Indian states and how the per capita incomes of the 12 largest states of India have been diverging instead of converging, as would be predicted by the neoclassical models of economic growth. The inter-state disparity is not just confined to income levels. The states diverge on several other economic, social and demographic indicators like the total fertility rate (TFR) – or the average number of children a woman bears during her entire reproductive period. Interestingly, the three poorest states in the analysis are also the three with the highest TFR in India, namely Bihar, Uttar Pradesh and Madhya Pradesh.

8) Stop using your phone; using your voice is faster [Source: venturebeat.com]
Speech recognition software has become really good in the past few years. As per this piece, which references a recent study conducted by Baidu in collaboration with researchers at the University of Washington and Stanford University, it’s so good, in fact, that you can actually dictate on your phone three times faster than you can type out your words.

9) Startups’ disastrous trend: entitled young founders, indulgent investors  [Source: mercurynews.com]
Founder’s syndrome — when a founder thinks he or she knows what’s best and doesn’t want critical feedback — has long been a tech industry affliction. But these days, it’s becoming a bigger problem. Too many startup CEOs see themselves as the revolutionary tech expert reshaping a field with new platforms that seasoned business professionals couldn’t understand. They don’t need governance and controls. Their attitude is, I deserve this. My company is hotter than anyone else’s. I raised this money. They (the VCs) gave it to me. Venture capitalists too some responsibility for today’s problems. They have shifted to being less of a parent and more of a friend to CEOs. Instead of telling the startup founder to stay in and work, venture capitalists go to a Taylor Swift concert with them.

10) Book review: “India conquered” by Jon Wilson [Source: Financial Times]
This review of Jon Wilson’s ‘India Conquered’ discusses whether the achievements of the British empire are really something to boast about? Those who think so will cite the usual litany of railways built, sound laws conferred, economies developed and civilising mission accomplished. But Wilson, a specialist in Indian history at King’s College, London, disagrees. He suggests that far from rescuing India from chaos, the British caused it. And the pride many feel for that empire is really just the afterglow of the only thing the Raj was outstandingly good at — propaganda.