The threat to MBA, India's race to build fighter jet, how to manage under pressure - and many such articles 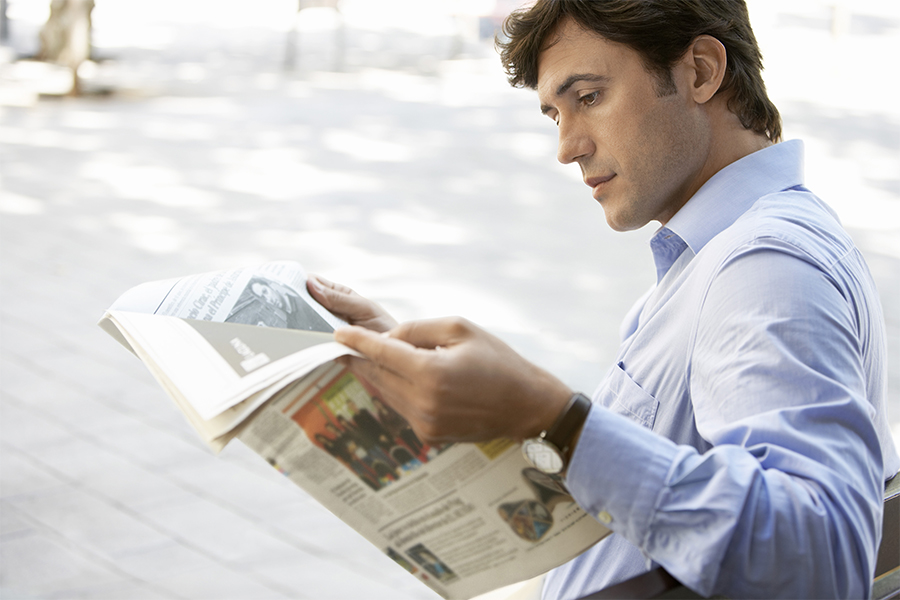 Image: Shutterstock
At Ambit we spend a lot of time reading articles that are not directly relevant to Indian stocks. However, since the Indian economy is now umbilically linked to its global counterparts, the articles that we come across have relevance for Indian stocks and the Indian economy. In that context, this report contains the ten most interesting pieces that we read this week.

Here are the ten most interesting pieces that we read this week, ended November 04, 2016.

1) Changing course: A harder sell for MBAs [Source: Financial Times]
The future of that most ubiquitous business qualification, the MBA, is under threat from a proliferation of rival courses, opportunities to study online and rising tuition costs. The result is that many of the schools providing the degree face an uncertain future. Applications for full-time and two-year MBA courses fell in 53% of American business schools this year and the number of applications has flatlined since 2012, having dropped significantly after the 2008 global financial crisis. The one area of growth is in 12-month courses, especially in Europe where shorter MBA programmes are more common. The dismantling of corporate career structures and interest among high achievers in starting their own businesses are blamed for undermining the case for business schools. Boom-and-bust cycles have traditionally helped the market, with the number of business school applicants rising sharply when jobs are scarce. This time however, economic growth has failed to bounce back in many countries and potential students are uncertain of how a costly spell of education will benefit them.

2) Peter Thiel: We’re voting for Trump because the leadership of our country has failed [Source: swarajyamag.com]
Peter Thiel, the founder of PayPal tells us why he’s voting for Trump. According to him the temptation to ignore difficult realities has got America where it is today. A lot of successful people are too proud to admit it, since it seems to put their success in question, but the truth is that no matter how crazy this election seems, it is less crazy than the condition of the USA. He cites a few examples. The Baby Boomers are entering retirement in a state of actuarial bankruptcy; 64% of those over the age of 55 have less than a year’s worth of savings in their name. In real terms, the median household makes less money today than it made 17 years ago. Nearly half of Americans wouldn’t be able to come up with $400 if they needed it for an emergency. Thiel believes people are voting for Tump as he gets the big things right. For example, free trade has not worked out well for all of America. It helps Trump that the other side just doesn’t get it; all of our elites preach free trade. Cheap imports make everyone a winner only in economic theory. In practice, millions of jobs have been lost to foreign trade. The most developed country in the world should be exporting capital to less developed countries; instead, the United States of America is importing more than $500 billion dollars every year.

3) India launches race to build fighter jet [Source: Financial Times]
India has kick-started a race to supply fighter jets to its air force in what could be among the world’s most lucrative military aerospace contracts, with international defence companies lining up to pitch for as much as $10bn worth of business. In its haste to replace its ageing fleet of jets, India is willing to circumvent its normal tendering process and do a deal more quickly. The current request comes just weeks after India signed a contract with France to buy 36 twin-engine Rafale jets built by French company Dassault. New Delhi had originally asked for 126 aircraft, but negotiations fell apart over disagreements over how much of the manufacturing would be done in India. The reduction in the deal has left the air force well below the capability its chiefs say is needed as its current fleet of MiG 21s reaches the end of its life. The Rafale deal will take the force from 33 squadrons (of between 16 and 18 aircraft) to 35, but senior officers say it needs another 10 squadrons.

4) Israel proves the desalination era is here [Source: Scientific American]
Just a few years ago, in the depths of its worst drought in at least 900 years, Israel was running out of water. Now it has a surplus. That remarkable turnaround was accomplished through national campaigns to conserve and reuse Israel’s meagre water resources, but the biggest impact came from a new wave of desalination plants. Israel now gets 55% of its domestic water from desalination, and that has helped to turn one of the world’s driest countries into the unlikeliest of water giants. The turnaround in Israel started in 2007, when even after water conservation measures, Israel still needed about 1.9 billion cubic meters of freshwater per year and was getting just 1.4 billion cubic meters from natural sources. Enter desalination. In Israel, water produced by desalination costs just a third of what it did in the 1990s. Israeli households pay about US$30 a month for their water — similar to households in most US cities, and far less than Las Vegas (US$47) or Los Angeles (US$58). The desal plants can provide some 600 million cubic meters of water a year, and more are on the way. Now the country faces a previously unfathomable question: What to do with its extra water?

5) A CEO’s primer on how to manage under pressure [Source: Financial Times]
Leaders often define themselves by bold acts, such as a takeover or a corporate rescue. The success of leaders, though, is determined by a trait less obvious to outsiders, their ability to handle pressure. Take the case of Dennis Kozlowski who ran Tyco as the US industrial group expanded in the 1990s. By his own admission it was “all-consuming, 365-day, 24/7 job”. In the end, it did consume him. Mr Kozlowski went to jail in 2005 for looting nearly $100mn from the company in bonuses not approved by Tyco’s board. One way CEOs can offset potentially overwhelming pressure is by finding small ways to exercise control. A second common theme is that business leaders need to locate the “on-off switch”. A key observation of the piece is that to get to the top and stay there demands the same drive that, unchecked or unmonitored, can lead to mistakes, breakdown or even scandal.

6) Netflix, Amazon take divergent paths to reach Indian audience [Source: WSJ]
As Amazon.com Inc and Netflix Inc look to build up in India amid a global expansion, they are following two diverging scripts. While Amazon is scouting for locally appealing programming by sending its executives to India, Netflix makes content-buying decisions out of Los Angeles even for regional shows, to ensure they have global appeal. The contrasting approaches in India highlight fundamental differences in how the streaming giants are pursuing international growth as the US market gradually matures. Netflix, which has expanded into some 190 countries following a near-global launch in January, doesn’t believe in a physical presence in every market. It says it can use its trove of viewer data to buy programming with multinational appeal, so that it doesn’t have to spend heavily on local content in every single country. Amazon has been choosier internationally, pushing Prime Video into some European markets, Japan and now India. The latter’s bet is that home-grown programming will win over Indian audiences.

7) Over-the-top streaming films make inroads [Source: Livemint]
According to this piece, OTT services are likely to explode in India and the business would be advertising-led in the short term. Although OTT brands, such as VOOT and Arre are advertising-led, YuppTV follows a freemium model that includes both subscription and advertising revenue. Since its launch six months ago, VOOT from Viacom18 Digital Ventures has ramped up its base to 14 million users monthly. It has already had more than 12 million app downloads and its daily user base is 1.3 to 1.5 million. The OTT sector has clearly become a space to watch out for as the infrastructure continues to improve, devices get smarter and data prices fall. Globally, these are contributing factors to the acceleration of cord cutting, forcing massive switch from conventional video to OTT and India is likely to follow suit. That said, content and distribution will be two key drivers to widen the acceptability of OTT.

8) The universal right to capital income [Source: Project Syndicate]
This perceptive from the former Greek Finance Minister, Yanis Varoufakis, traces the growth of an idea that is now all the rage in New Delhi – Unconditional Basic Income (UBI). There are supporters both from right and left regarding this scheme. Issues like risk to private sector from funding such schemes are countered by benefits like people getting more leeway to pursue their passions and economic stability. According to the article, such schemes should be funded not from taxation, but from returns on capital. There is a strong case that the commons have a right to a share of the capital stock, and associated dividends, reflecting society’s investment in corporations’ capital. Given the difficulty around calculating the size of state and social capital crystallised in any firm, a simple policy would be to enact legislation requiring that a percentage of capital stock (shares) from every initial public offering (IPO) be channelled into a Commons Capital Depository, with the associated dividends funding universal basic dividend (UBD).

9) Why hasn’t natural selection eliminated heritable disease? [Source: nautil.us]
Schizophrenia affects more than 21 million people worldwide, and is highly heritable. So are thousands of other devastating diseases. This poses a conundrum for scientists who study evolution. Why would genes for such diseases persist when they decrease a person’s fitness? One theory that attempts to explain this paradox is called “balancing selection”—the heritable genetic mutations that code for some diseases tend to also be beneficial in some way. Scientists have speculated that some of the numerous gene variants, that can give rise to schizophrenia, are also associated with alcoholism and manic depression may confer creativity, enhanced memory, and a gift for numbers. A recent research of immune system revealed that genes that benefit us tend to co-exist with the ones that are associated with complex heritable disorders.

10) Google’s AI created its own form of encryption [Source: engadget.com]
Researchers from the Google Brain deep learning project have already taught AI systems to make trippy works of art, but now they're moving on to something potentially darker: AI-generated, human-independent encryption. According to a new research paper, Googlers Martín Abadi and David G. Andersen have willingly allowed three test subjects - neural networks named Alice, Bob and Eve -- to pass each other notes using an encryption method they created themselves. The experiment started with a plain-text message that Alice converted into unreadable gibberish, which Bob could decode using cipher key. At first, Alice and Bob were apparently bad at hiding their secrets, but over the course of 15,000 attempts Alice worked out her own encryption strategy and Bob simultaneously figured out how to decrypt it.