The Business of Sport

With an estimated sum of US$620 billion spent on merchandising, media rights and sponsorships in the sports industry globally each year, and with around US$17 billion spent on London 2012 alone, sport is big business. That's good for the economy, naturally, but you might be surprised to know that a good economy can also produce great sporting performance.

By Graduate School of Business

A number of theories explaining successful sporting performance have been postulated in the past: for instance, countries performing at the highest levels are those with large economies, rich natural resources, a huge population and significant cultural and social resources.

But why, then, does African minnow Kenya consistently produce podium-placed middle- and long-distance runners, and why is Africa’s ‘bread basket’ and economic engine, South Africa, home to one of the continent’s most woeful football teams? 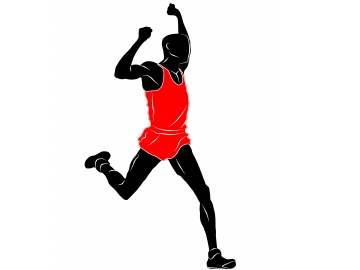 In a new study by the University of Cape Town's Graduate School of Business in association with the University of the Witwatersrand in South Africa, the findings point to a complex interplay of factors. It’s not only physiology but fiscal policy that may well determine the winners.

Gross domestic product (GDP) plays a role, but it also matters where the money is being invested. And it is not always about investing directly in sporting facilities. It appears sporting performance depends largely on the level of investment in health and education: which contributes to greater national wellbeing and overall prosperity. Sport and recreation have a significant effect on a country's economy in terms of employment, revenue from events, consumables and taxation. In fact, sport can be considered a valuable composite sector that has a knock-on effect on industries such as hospitality and tourism, the textile industry through the manufacture of sports clothing, and to employee productivity through activity and health.

But just as sport uplifts the economy, the economy uplifts sport: success boils down to the interplay between several variables, namely the GDP per capita, population, the nature of polity, cultural and social resources, home advantage and the level of urbanisation.

Considering the influence sport can have on a country’s economy, it certainly makes sense to investigate what kind of support can drive higher sporting performance. In this particular study, four models were explored. These models represented the Olympic Games, the Fifa World Cup football rankings, a separate subsection of African countries, and the All Africa Games. The models were then measured to find what influenced high performance in different areas.

Across all four models, the influence of the dependent variables differed. For example, it was only in the Olympics that population size and the existence of elite sports facilities seemed to have a major impact on performance, whereas the influence of climate was negligible. (This might be due to the variety of sports represented.)

In contrast, when it came to FIFA countries, GDP, climate and health spending all appeared to be important. However, this changed when one isolated the participating African countries – there, only GDP had a significant influence. And, looking at the All Africa Games, in addition to climate and GDP, education had a significant role to play.

Economic factors not directly linked to sports are harder to quantify. Does population size influence sporting performance, for instance? Certainly, the larger a country's population, the broader its talent pool when it comes to picking sports teams. Moreover, it may be easier for larger populations to share costs. But India, with its population of 1,5 billion, has seldom put on an impressive showing at the Olympics, suggesting perhaps that size is a concern only for relatively wealthy countries that can allocate more resources to sports development.

According to the study, however, a country's performance in sport is not dependent only on financial resources but also on the level of investment in health, education and infrastructure. While the availability of organisational sport, research institutes, experienced coaches and parental support are assets, it is critical that the correct structure, systems, policies and politics are in place. The question, then, is whether funds should be allocated directly to sports performance, or whether the government should rather concentrate on improving economic growth, education and health  – which may, in the long run, promote both a more prosperous economy and better sporting performance.

* The study is entitled An Economic Analysis of Sports Performance in Africa. John Luiz is a professor at Cape Town’s Graduate School of Business specialising in International Business; Business, Society, and Government; and the Economics of Emerging Markets.

Dr Riyas Fadal is a risk specialist at the Wits Business School in Johannesburg.