The hard work ahead for Walmart and Flipkart 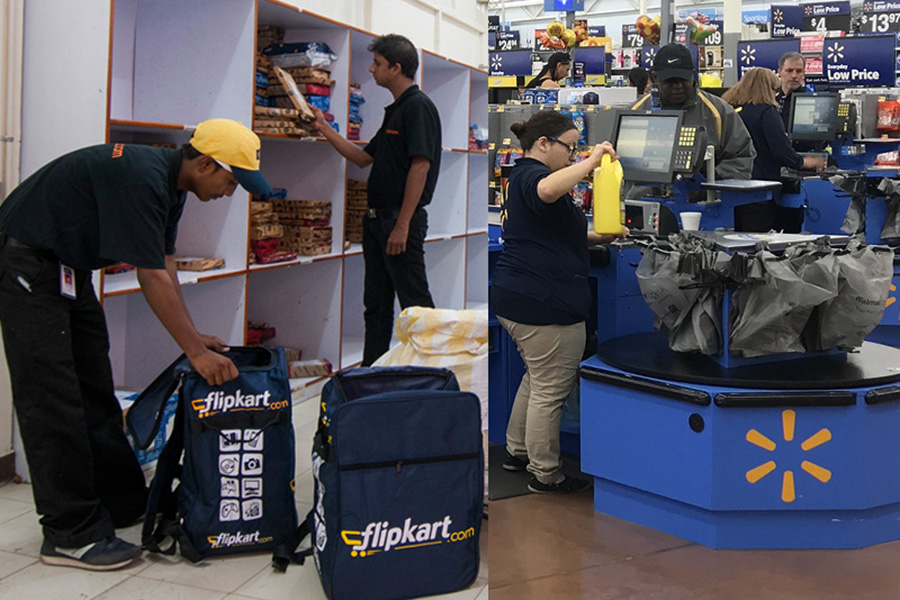 Image: Shutterstock
As the initial euphoria of the Walmart-Flipkart announcement settles down, it’s time to start making Flipkart a better and stronger company for shareholders and consumers. India is a complicated market, and acquisitions here are always challenging. Walmart’s next steps will be critical as it looks to create a blueprint for success in India.
Here are three suggestions to consider more urgently than others. All three have worked very well for Amazon and in that vein, Amazon is an interesting example of good execution. However, these are only meant to be possible recommendations for Walmart and not a comparison of tactics and business strategy.

Shareholder management
Walmart has arrived on the Indian e-commerce scene with a $16 billion cheque (perhaps overpaying a tad, but in exchange, acquiring an asset it would have never been able to build in a market they are trying to enter since 2007), and have left the door open to invest another $3 billion. It has made well-intended statements showing their long-term intent with Flipkart.

That’s an important first step. But that’s all it is. Walmart has just inherited an ongoing war with Amazon. A war that has the makings of being both, very expensive and very long. A massive war chest, immense patience, and unwavering support of their shareholders are just some of the things Walmart will absolutely need tackle to Amazon.

But it looks like acquiring shareholder support for Walmart may just end up being more complicated than the acquisition itself.

Walmart’s shareholders have already demonstrated little patience for a loss making ecommerce play many miles away from home. They have questioned breakeven dates for Flipkart and whether the money would have been better spent on US operations instead.
They perceive that the US-based retail giant is inadequately prepared to respond to such queries. Add to that, the company’s announcement that it would expect a decline in earnings over the next two years, the road isn’t laid out quite smoothly for the board. On the day of the deal announcement, amid much celebration in India, back home in the US market, Walmart’s shareholders showed their discontent, with shares falling as much as 4 percent in a day.

“How long can Walmart afford to test investor patience?” became the pertinent question. The CEO’s response was nothing less than unfortunate: The Walton family is the largest shareholder and “that [ownership] means [Walmart] is less beholden to Wall Street”.

No one really wants to alienate their investor base or test its patience. Instead, what Walmart would have done better by showcasing Flipkart’s (and India’s) significance in its future roadmap. This could have paved the way to convince shareholders to be patient and loosen purse strings to extract that value. To be able to do that, Walmart needs to educate its shareholders, not dismiss them.

Amazon’s shareholders are much more understanding. They tend to reward the company for incurring short-term losses and making long-term investments. It (especially Jeff Bezos) has spent a tremendous amount of time explaining the importance of India. Bezos has, in shareholder calls, stated over and over again that, in order to become a trillion-dollar company, Amazon needs India. In his latest letter to shareholders, India got it’s very own section and was mentioned more often than any other country.

Once Bezos drove the point home, he made it clear that Amazon would spend whatever necessary, for as long as needed, to make the Indian operations a success. In fact, responding to the $5 billion more that Jeff Bezos committed to spend in India, Amit Agarwal, Amazon India country head and global senior vice president, has repeatedly said that the number is more of a placeholder and doesn’t restrict their investment potential. It looks like Amazon’s shareholders are willing to go the long way to support any amount, no matter how large for its India operations. Walmart needs that.

Lost in translation
Cultural differences and misaligned visions are two big reasons why many acquisitions fail. The management teams at Flipkart and Walmart come from two very different worlds, different management styles, and don’t know each other. This needs to change.

Walmart doesn’t need to transform the work culture of Flipkart into its own. That would end badly. It, however, needs to ensure both sides understand each other better. Only then is it possible to build trust and support.

One big reason that Amazon India saw early success was because it understood the management in the US. Agarwal spent 18 years at Amazon. He was part of Bezos’s core team, involved in almost every major initiative at Amazon. Bezos and Agarwal are friends, trust each other. and have a direct line to each other. They have similar DNA, work in a similar manner, and are aligned to the same vision. That’s a huge advantage. Walmart needs to create a similar relationship over time (but not too much time) between the US team and the India team.

Leveraging the parent
Amazon India takes full advantage of the knowledge base in Seattle. It has leveraged technology, seller services, logistics, and just about every other aspect of customer experience and then tweaked it for India.

It then brought almost every product built in the US into India. This is possible for Amazon India because the headquarters sees India as an extension of its business and not a separate, independent business. The knowledge base plus product development has given the Indian operations a significant edge over competition.

Walmart has clarified Flipkart is a separate business. However, it has said very little about how and what value add it can make to Flipkart, to make it likelier for the latter to succeed.

On the contrary, it has spoken a huge deal about how much it would learn from Flipkart. Something shareholders expected the US giant to pick up from its Jet.com acquisition.

Hopefully, internally, Walmart sees Flipkart as more than just a separate business line. There is so much Flipkart can learn about retail from the largest retail company in the world. From their expertise in logistics and supply chain, to their technology back-end to local commerce. Beyond that, Walmart has global sellers, which can help in two ways. One, to expand Flipkart’s own their product range. Two, as a window for its sellers to market products globally through Walmart’s network.The author is co-founder and partner, Lightbox. Views expressed here are his own.