Jobs, oil prices and rural economy will play a crucial role in determining Narendra Modi's fate in the 2019 elections 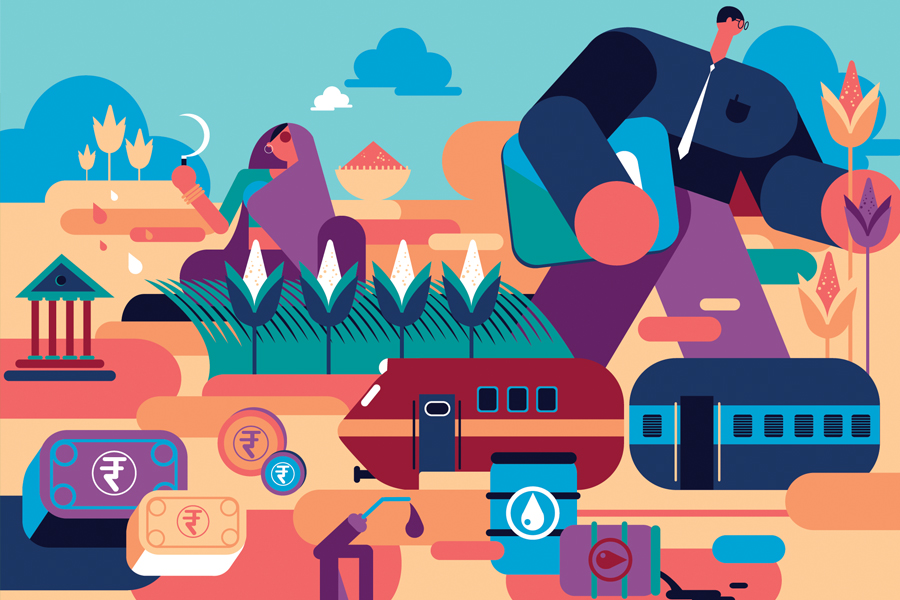 Illustration: Chaitanya Dinesh Surpur
In a November 2013 speech, Narendra Modi had said: “If the BJP comes to power [in 2014], it will provide 1 crore jobs.” Jobs, and the hope of a better economic future, were key planks on which the BJP came to power.

With the next Lok Sabha elections just a year away, it is important to analyse the economy, and how it will impact Modi’s chances. While the state of the overall Indian economy has been improving, the average Indian voter is concerned with basic things like jobs, food inflation, and fuel prices. Let’s look at these factors individually:
1) One million Indians are entering the workforce every month. Are there enough jobs for them? All is not well on this front. Here’s why:
a)     The Indian Railways recently advertised for 90,000 vacancies and got 2.8 crore applications. This suggests that nearly 20 percent of India’s youth workforce looking for a job applied for these vacancies. Such instances of a large number of people applying for government jobs keep cropping up.

Also, India has huge underemployment and disguised unemployment. Four in 10 Indians looking for a job throughout the year aren’t able to find one. Agriculture contributes 39 percent of rural economic output, but employs 64 percent of the workforce, which means it employs more people than required. This explains why so many people apply for government jobs. India’s problem is a lack of formal jobs, and that continues (see chart). 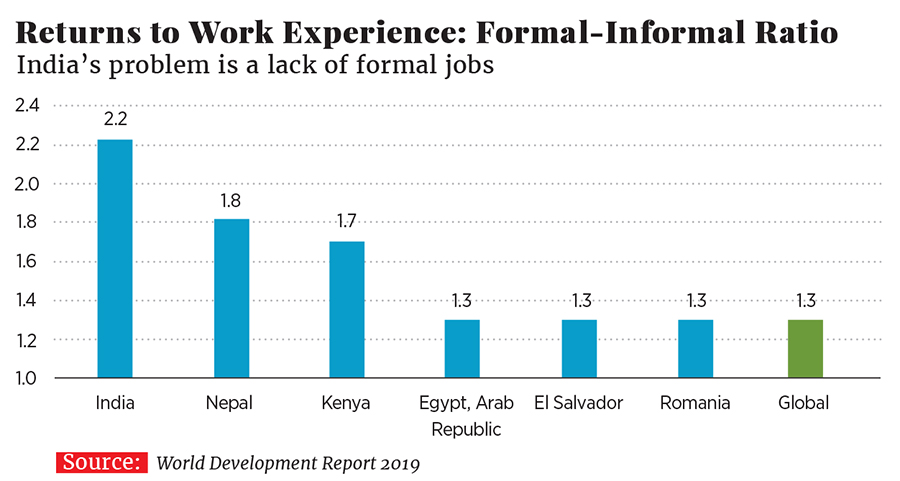 b)     The government recently published Employees’ Provident Fund Organisation (EPFO) payroll data. It shows 3.11 million additions were made to EPFO across various age groups between September 2017 and February 2018. Niti Aayog Vice Chairman Rajiv Kumar extrapolated this to say that 6.22 million formal jobs were created in 2017-2018. But these conclusions are problematic.

First, companies start contributing to EPFO when the number of employees goes from 19 to 20. The addition of one job creates an illusion of 20 jobs in EPFO data. Second, EPFO had an amnesty scheme for defaulter firms, which has bumped up numbers. Third, if 6 million formal jobs were created in just one year, why are so many land-owning castes across the country demanding reservations in government jobs?

Fourth, if formal jobs have increased so rapidly, why isn’t it showing in the investments? As per the Centre for Monitoring Indian Economy (CMIE), the total value of projects scrapped or dropped in 2017-2018 reached an all-time high. Completed projects dropped by 34 percent in value terms in 2017-2018.

CMIE estimates show employment rose by just 1.4 million people in 2017. In fact, employment opportunities for 15 to 24-year-olds fell by 7.22 million.

3) Another worrying factor is the fear of the government seizing money in public sector banks. This has emerged from demonetisation and the ill-timed Financial Resolution and Deposit Insurance Bill. The recent default by Nirav Modi has only added to this.

4) Agricultural growth in 2017-2018 is expected to be at 3 percent, against 6.3 percent in 2016-2017. Demonetisation is a major reason for this. Agricultural procurement was carried out primarily in cash and collapsed in the aftermath of demonetisation. The good news is that the India Meteorological Department has forecast a normal monsoon this year, at 97 percent of the 50-year average. So, this will be the third consecutive year of normal rains after the droughts in 2014 and 2015. The question is, will it translate into higher income for farmers.

5) One way of ensuring higher income for farmers is increasing the minimum support price (MSP) for crops. The trouble here is that an increase in MSP translates into food inflation, something that the Modi government has managed to keep a lid on.

From these explanations, it is clear that Modi is not well placed on the economic factors that matter to the average voter. In this scenario, it is possible that the government might do something along the lines of what the Manmohan Singh government did before the 2009 elections: Waive off farm loans.

Tweets by @forbesindia
Digitalisation is not about taking away jobs: Siemens's Roland Busch
The hard work ahead for Walmart and Flipkart