The TRP Trap: What's at Stake for Advertisers and Broadcasters

Television broadcasters are facing off with advertisers and both in turn are fighting with ratings agency TAM. Where’s the industry headed? 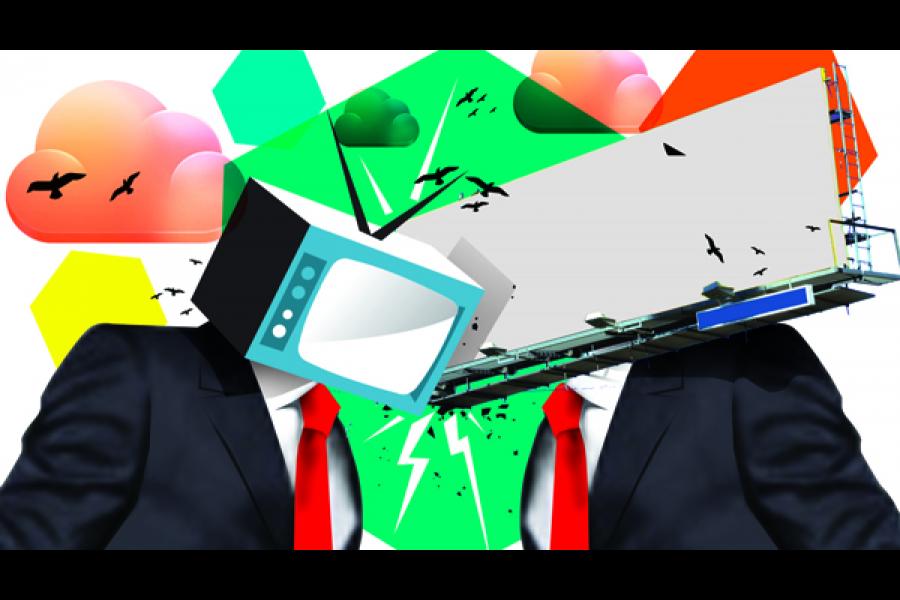 The last fortnight witnessed a tense standoff between major television broadcasters, on one hand, and advertisers and media agencies, on the other, on two aspects: Television audience measurement and its reportage.

In a series of stunning actions, major broadcasters—including Network 18 (publisher of Forbes India), Viacom 18, Multi Screen Media (which runs Sony), Star Network, Zee Network, BAG 24, NDTV and Times TV—who control 102 channels among them redrafted their contracts with TAM India, the research firm which conducts the only television audience measurement study in the country.

THE FIGHT
Broadcasters have two demands: Changing the way television viewership is reported. Currently, TAM (Television Audience Measurement) records channel viewership as a percentage of the total number of viewers. And second, reporting numbers on a monthly basis rather than weekly.

Advertisers and agencies slammed the unilateral move by the broadcasters, through industry bodies Advertising Agencies Association of India (AAAI) and the Indian Society of Advertisers (ISA), and threatened to pull all ads off air unless status quo was restored. “While some broadcasters have stopped using the current rating system for measurement, as advertisers we support it and will continue using it till another credible measurement system is made available. Any action taken, which is detrimental to the measurement system, would be detrimental to the industry at large,” ISA said in a statement.

After the threat, major advertisers, including HUL, P&G, Dabur and Godrej, sent cancellation orders to all top broadcasters, who in turn, asked for a minimum cancellation notice period. At the time of going to press, the imbroglio continues, even as commercials continue to air.

But there’s too much at stake if this impasse doesn’t end: Broadcasters stand to lose a significant chunk of the Rs 14,000 crore television advertising spend and advertisers stand to lose essential audiences.

MEASUREMENT AND MONETISATION
The two main issues here are:

At a media and entertainment convention this year, Star India CEO Uday Shankar lamented, “There are 140 million cable and satellite homes but the measured universe is [only] 62 million households.”
Another reason why the monthly versus weekly reportage debate has gained steam is the inclusion of the LC1 (Less than Class One markets, or smaller towns) in the measurement system. Numbers from these towns vary wildly and skew the national viewership share of a channel or a programme. This issue can be addressed by installing more people meters. 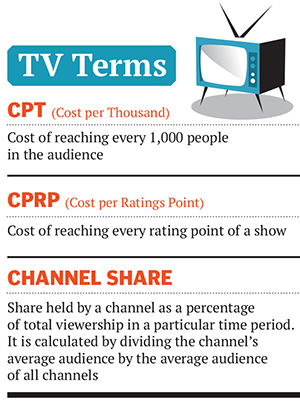 “As far as advertisers are concerned, weekly to monthly is something that will not work for us. In fact, the whole world has moved to daily TV ratings. So moving to monthly will be very regressive,” says CVL Srinivas, CEO, GroupM South Asia, a media planning and buying agency. “We operate in a world where real-time marketing, real-time decision making is required,” he adds.

The focus has erroneously been on the frequency (monthly versus weekly) of the report, thanks to the volatility in measuring audiences. With increased number of meters, the volatility stands to decrease.

It is the debate on monetisation—Cost per Thousand (CPT) versus CPRP—of actual viewership that is more contentious. Moving to absolute audience numbers (CPT) is a move that is mistakenly being interpreted as being beneficial for broadcasters. Advertisers will certainly have to pay more (in absolute terms) for high-performance programmes—but will also pay less for less popular shows.

One cannot blame advertisers for being adamant about sticking to the CPRP regime. Since the cost is linked to a ‘rating point’, which is a percentage, a change in absolute TV-viewing universe does not increase the price, even if more viewers are delivered.

THE WAY AHEAD
The positions are coloured by the impending move to the 10+2 advertisement minuteage cap (Trai has regulated that channels can air a maximum of 10 minutes of commercials plus 2 minutes of channel promotions per clock hour), which comes into force from October this year. This regulation will force advertising inventory, currently infinite in theory, to shrink, and the new demand-supply equation will certainly force base prices of popular programmes on the better-performing channels to rise. So the move to a CPT regime could be seen as a double whammy by advertisers.

While broadcasters and advertisers seem to be natural adversaries in the current context, there is no disputing the fact that hard, unilateral positions are untenable. “Any change to a system needs to happen taking into consideration views of all stakeholders,” says GroupM’s Srinivas.

The existing measurement system, TAM, has been criticised and castigated by various stakeholders for more than a decade now, leading to the formation of the Broadcast Audience Research Council (Barc), a body jointly owned by all the current warring parties—the broadcasters, represented by the Indian Broadcast Federation (IBF), the AAAI and the ISA—in the ratio of 60:20:20.

Things have come to head months after Barc sent out its first Request for Proposals (RFP) for a new measurement system designed by a technical committee comprising representatives of broadcasters, advertisers and agencies. Barc is the forum that will create the new, mutually-agreed-upon yardstick. The current issues need to be discussed at Barc by all concerned, wearing lenses which look at the long-term health of the ecosystem as a whole, rather than opting for short-term, industry-damaging gains.