Werner Vogels, 58, Amazon's chief technology officer, on how AI and machine learning will change the way businesses use data 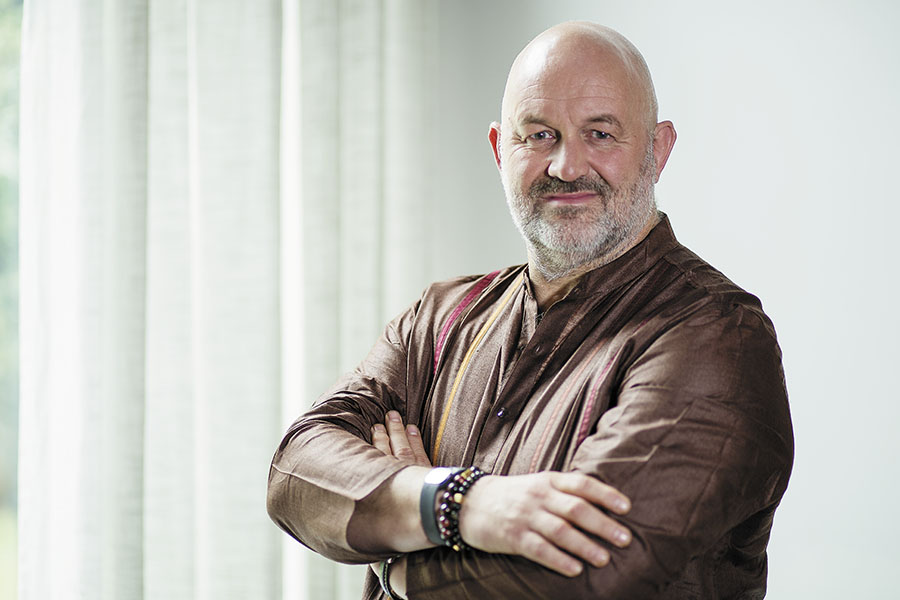 Q. What are some of the important technology trends playing out today?
Businesses are now centred around data. With the rise of the cloud, every business has access to the same computing power and storage tools. What differentiates them is the way they’re going to use data. What kind of algorithms are they using, what kind of data are they collecting, what kind of data sources are they putting into place and how do you do analytics on that?

The second part of this is doing things in real time. You no longer want to know inventory levels from yesterday, but from right now.

The third phase involves machine learning—taking data from the past and making predictions. The newer set of analytics—mostly Artificial Intelligence (AI) like image recognition, speech and language processing—is being driven by cloud computing. That is one big trend and it will accelerate.

Q. Tell us about how voice is becoming important.
The many voice-driven interactive systems today reflect the shift in the way computing is happening. There is an incredible interest in making natural language and voice the default way of interaction with computers. In retail, Amazon’s Echo speakers and Alexa Voice Service are examples. For enterprises, in AWS [Amazon Web Services], Amazon’s Polly and Lex software allows you to do automatic speech recognition—take speech inputs, execute programmes based on that and speak back with the results.

An example is one of our customers, International Rice Research Institute in Manila, Philippines. They’ve built a system for farmers to describe their land and the institute gives advice on fertilizers and so on. When they first built this as a digital system, none of the farmers could use it as they didn’t have smartphones. Then they built a voice system around it, so those farmers can call and describe a patch of land. The machinery then goes off and does all sorts of predictions and says, you should buy this amount of fertilizer and apply it to this particular type of land or crop and so on.

Q. This is something that will resonate in India… the country has so many languages and dialects…
There are 9,606 languages in the world and only 230 of them are in the West. What scientists and engineers are working towards is to be able to learn most of the rest automatically, without even having humans involved. That I think will greatly increase the number of languages that these systems can handle. Automation will play a very important role there.

Q. Help us differentiate between what is just computer software programming and what is real AI.
Machine learning as a general concept is something that we’ve been doing forever. In retail, examples include inventory, pricing, fraud detection, abusive review detection and counterfeit goods detection… if you have data from the past, you can use it already. Is that fancy AI like you see in the movies? No, it’s just computer science—being smart about using data.

What’s changing is a specific area of AI called deep learning. For that, we needed an improvement in the kind of platforms that were available. Amazon is supporting one such platform called MXNet, which is also supported by the Apache Software Foundation. The quality of all these platforms has risen dramatically in the past years.

Secondly, the hardware capabilities have changed. For example, on AWS, there is a type of computing unit called P2, which uses general purpose GPUs (graphics processing units—semiconductor chips in computers), which are well-suited for deep learning. We needed to see these types of capabilities coming to the fore—both the platform software as well as the hardware computing power—to be able to build much larger neural networks.

If you can build them larger, the application area changes dramatically. Image recognition, for instance, could have been done some years ago, but not as efficiently and quickly as we can do it now. Or with voice, with automatic speech recognition and natural language understanding, it needs to go so fast that it is as if we’re having a conversation. Those are things that weren’t possible earlier.

Q. Give us an example of how your customers are using these capabilities.
Last year, Amazon launched a service called Rekognition built around image recognition, almost immediately after launching C-Span, a network that broadcasts all political proceedings in the US Senate, the House of Representatives and so on. They need to be able to attribute the right voice to the right person. They make use of Rekognition to do this automatically, capturing an image of the person speaking every six seconds. In the past, it required people to do this.

Q. What else will matter in the AI world?
Threat models have changed dramatically in the past 2-3 years. We see companies looking to bring online, systems that are extremely vulnerable. Security, which is always the number one priority, will be ever more important. Without security, you don’t have a business, but security these days is so complex that it is a moving target. There are instances of companies considering AWS purely because of the security capabilities we’re able to offer, with the kind of investments that they wouldn’t be able to make themselves.

Using a combination of machine learning and AI-driven automatic pattern recognition to react much faster to potential threats is becoming more mainstream. There will also be dramatic changes in areas such as health care.