The double whammy immediately renewed questions about the prospects for the company, the world's biggest ride-hailing business 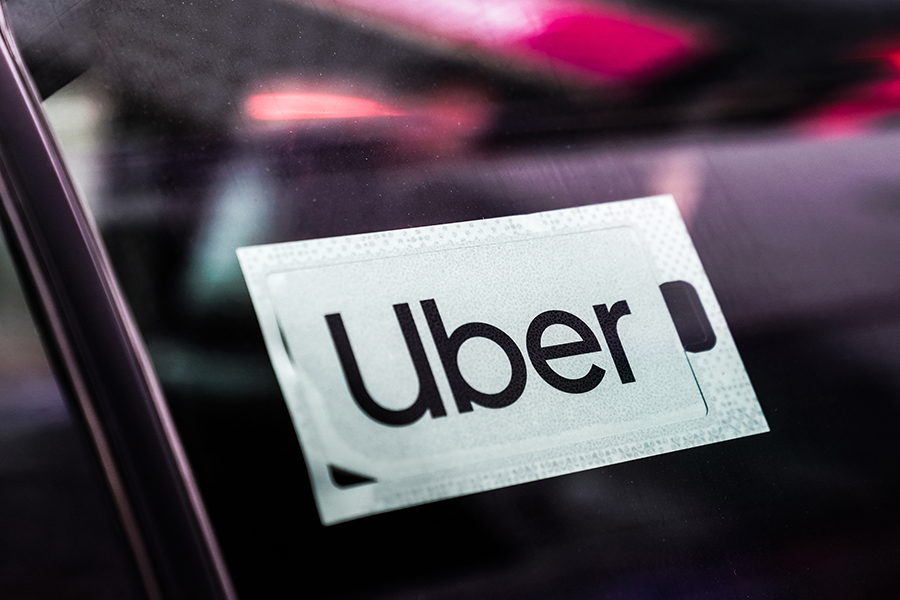 The double whammy immediately renewed questions about the prospects for the company, the world’s biggest ride-hailing business. Uber has been dogged by concerns about sluggish sales and whether it can make money, worries that were compounded by a disappointing initial public offering in May.

For the second quarter, Uber said it lost $5.2 billion, the largest loss since it began disclosing limited financial data in 2017. A majority of that — about $3.9 billion — was caused by stock-based compensation that Uber paid its employees after its IPO. Excluding that one-time expense, Uber lost $1.3 billion, or nearly twice the $878 million that it lost a year earlier. On that same basis and excluding other costs, the company said it expected to lose $3 billion to $3.2 billion this year.

Revenue grew to $3.1 billion, up 14% from a year ago, the slowest quarterly growth rate the company has ever disclosed.

“We think that 2019 will be our peak investment year,” Dara Khosrowshahi, Uber’s chief executive, said in an interview, noting that he anticipated losses would decline over the next two years. “We want to make sure that the kind of growth we have is healthy growth.”

He added that there were other positives. Uber’s bookings — the money it gets from rides and deliveries before paying commissions to drivers — rose 31% from a year ago. The company also added customers, totaling more than 100 million monthly active riders for the first time.

The results continued to cast a shadow over Uber, sending its stock falling in after-hours trading. The company, whose growth once rose like a rocket ship as it upended traditional transportation and barreled into markets around the world, was expected to be valued at about $120 billion at its IPO this year. But Uber dropped below its $45 offering price on its first day of trading and has only briefly risen above that share price since. Khosrowshahi has been criticized for the way that Uber went public and has faced questions about how he intends to revive growth.

“What we’re looking for is evidence that the company can reaccelerate revenue growth after the last few quarters,” said Tom White, a senior vice president at the financial firm D.A. Davidson.

The ride-hailing industry has faced scrutiny in recent months for the way its businesses burn money with no imminent likelihood of profits. Companies must constantly spend freely for incentives to attract passengers and drivers and to fend off competition. Both Uber and its rival Lyft were questioned by investors this year about their business models as they prepared to list on the stock market.

Lyft has also reported a series of deep losses. This week, it said it lost $644.2 million in the second quarter, though it added that it expected that amount to abate. Several months earlier, Lyft had also posted a particularly steep loss related to stock-based compensation payouts to its employees.

Like many technology startups, Uber and Lyft recruited employees with stock options that they said could make the workers wealthy when the companies went public. The costs of that practice have now materialized. Uber said it projected spending $450 million to $500 million on stock-based compensation in the third quarter.

At Uber, Khosrowshahi has been working to cut costs and shift management. In June, he ousted two top executives: the chief operating officer and the chief marketing officer. Last month, he laid off a third of the marketing staff, or about 400 people, which he said during an earnings call was necessary to speed up the team’s decision-making. Three board members have also stepped down since Uber’s IPO.

Uber’s board changes have been led by the company’s chairman, Ron Sugar, Khosrowshahi said Thursday. He added that they were part of a natural shift after a public offering.

“This is a different Uber,” he said in the interview. Since the IPO, “I get to spend more time internally with our employees. What I’m insisting on is excellent execution.”

Khosrowshahi said Uber, which had been competing with Lyft by offering heavily discounted rides to lure riders, has seen that price war subside.

“The competitive environment, which got worse in the second half of last year, is progressively improving now,” he said.

Uber, which aspires to become an Amazon-like store for all forms of transportation, is also investing in the development of autonomous cars, public transit deals, the expansion of its bicycle and scooter business, and in its freight delivery platform. The company plans to roll out more options for shared rides, such as its carpooling and public transit features.

The employment status of ride-hailing drivers remains an issue for Uber, which classifies them as independent contractors, saying the work is flexible. The categorization also means that Uber does not need to provide drivers with full-time benefits. Yet regulators in New York have set a minimum wage for ride-hailing drivers and California legislators are considering a bill that could reclassify drivers as employees.

Khosrowshahi characterized the changes in New York as “malarkey” and said that increased driver wages were passed on to riders, which makes the service unaffordable for lower-income passengers. In California, Uber is negotiating with lawmakers over the proposed legislation, he said.

“We do believe there can be a win-win scenario here,” he said.

Tweets by @forbesindia
How not to kill your innovation: Avoiding 3 pitfalls of new product development
Are we headed for another expensive nuclear arms race?