The Weinstein case shows the obstacles presented by the American legal system to successfully prosecuting abusers, how much the #MeToo movement has changed life, and how far society still has to go 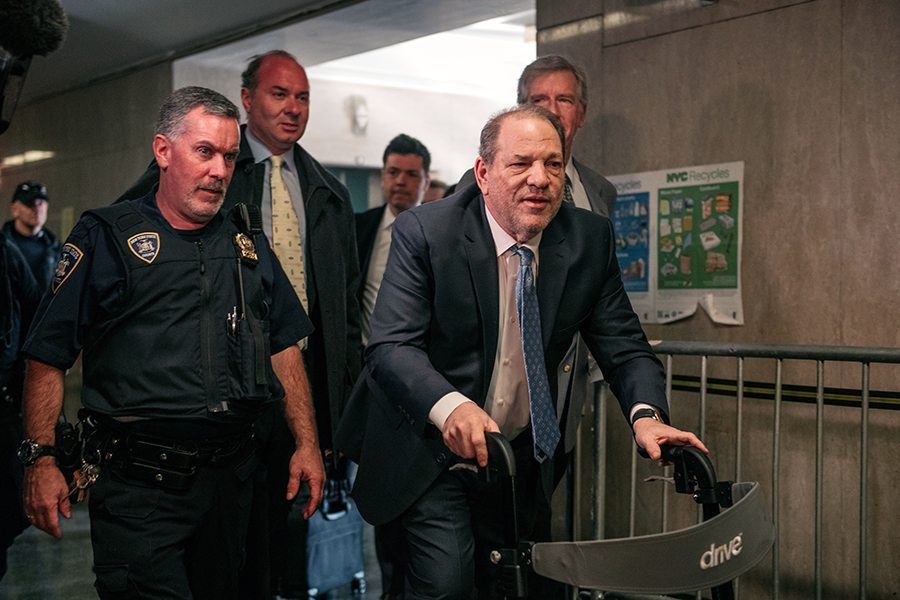 What does the hard-won, long-overdue conviction of Harvey Weinstein demonstrate?
It shows how difficult it can be to bring abusers to justice, particularly when they are wealthy and powerful. It shows how much the #MeToo movement has changed American life. And it shows how far society still has to go.

Weinstein was convicted Monday of a felony sex crime and rape in the third degree but was acquitted of the most serious counts against him, predatory sexual assault. He is headed for at least five years in prison. That’s a victory for Weinstein’s victims.

But the Weinstein case shows the obstacles presented by the American legal system to successfully prosecuting abusers. The case, tried in a Manhattan courtroom, rested on testimony from just six women out of the more than 90 who have accused Weinstein of sexual misconduct. (He also faces charges in Los Angeles of raping one woman and groping and masturbating in front of another.) It took decades of persistence by survivors, advocates, journalists and law enforcement to call Weinstein to account before the law. In 2015, Cyrus Vance Jr., the Manhattan district attorney, declined to prosecute credible allegations against Weinstein. Vance acted years later only after dozens of women went public with their allegations.

Weinstein’s prosecutors were able to break through a barrier common to many assault cases, a lack of physical or other corroborating evidence. And they also overcame another, even more fundamental barrier: basic mistrust of women alleging sexual assault.

Women have internalized that message of mistrust. Despite the far-reaching message of #MeToo, a vast majority of sexual assault victims — estimated to be more than three-quarters of them — never report their attackers to the authorities. Many have been conditioned to feel ashamed, as if the assault was their fault; those who know it wasn’t still have little faith in a criminal justice system that routinely disregards the testimony of victims.

If a more balanced legal approach to sexual assault is going to become the norm instead of the exception, then, for a start, the law needs to change. State statutes of limitations need to be extended or eliminated to give victims the opportunity to come forward even years after a traumatic assault. (Now, in some states, the statute of limitations for felony sex crimes expires after 10 years or less.)

Enforcement needs to change as well. Law enforcement authorities need to let women know that they will be listened to, and that their cases will be prosecuted quickly and thoroughly. Victims need to have confidence that their attacker’s DNA won’t be stashed away for decades in a file cabinet.

Weinstein’s lead lawyer said her client was simply “a target of a cause and of a movement.” That’s correct — if the cause is holding sexual abusers to account, and the movement is the national shift in consciousness over these crimes that arose in large part out of the revelation of Weinstein’s behavior. So his conviction, too, stands for something larger: that some measure of justice can be attained, and with it the balance of power between sexual predators and their victims can begin to shift.