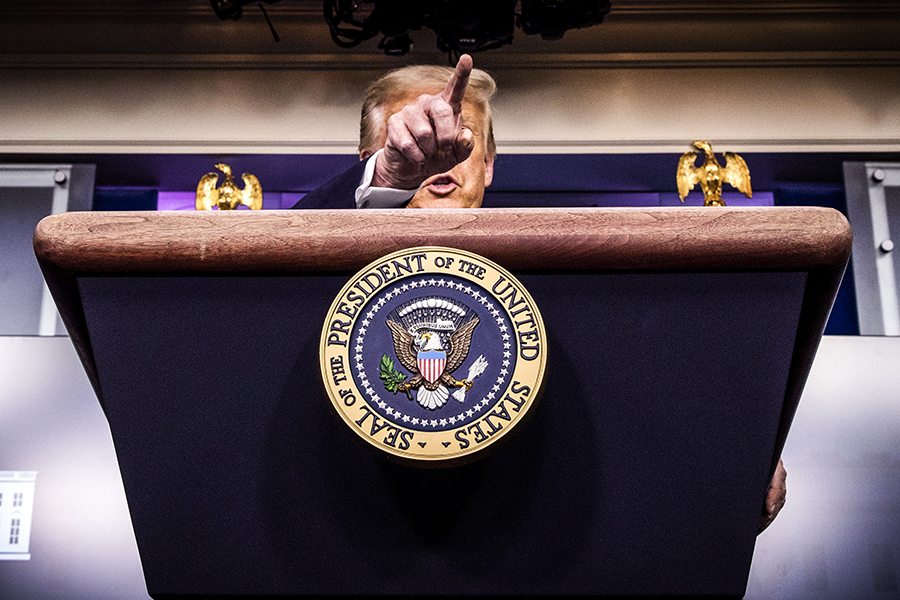 President Donald Trump holds a news conference at the White House in Washington, July 28, 2020. Trump does not have the authority to move the date of a federal election, which is fixed by a 1845 federal law as falling on the first Tuesday after the first Monday in November. (Doug Mills/The New York Times)