YouTube is about to demote a wide swath of its creators

High-profile YouTubers could lose their verified checkmarks, after the company changed its verification system on Thursday. Many creators, some with millions of followers, made their disappointment public 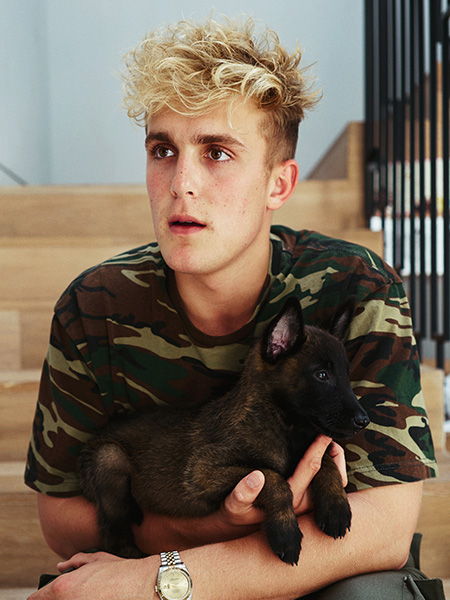 The platform sent out emails to some account holders, saying that the changes would take place by the end of October. “We’re writing to let you know that we’re updating the eligibility criteria for channel verification on YouTube,” the company’s letter to these creators reads. “Unfortunately, with these changes, your channel no longer meets the criteria to be verified. We realize this might be disappointing, but we believe these updates will make channel verification more consistent for users and creators across YouTube.”

Many YouTubers, some with millions of followers, made their disappointment public. “Been doing YouTube for 5 years, I post 2 videos a week, 950,000 subscribers ... YouTube emails me today that my channel has been ‘unverified’ because the verified badge is only for well known channels with a large following,” the YouTuber Sierra Schultzzie posted on Twitter.

Caryn Marjorie Jones, 19, who goes by CutieCaryn on YouTube, said that she was heartbroken when she got the email. “It’s just a little sign but it’s something I’ve worked years to get and to develop this fan base, so for it to be taken off was alarming and hurtful and I feel really emotionally impacted.”

James Charles, a prominent YouTuber with more than 16 million subscribers, wrote on Twitter: “I’m really sorry to the creators who are being unverified on @YouTube today. This decision is really pointless and it’s yet another change not a single person asked for. PLEASE know that you are still valid as a creator and I hope that a stupid checkmark doesn’t discourage you!”

In the hours after the letter went out, YouTubers frantically messaged one another on group chats and in direct messages to see who had been affected. “Everyone I know is freaking out,” Jones said. “They’re texting me, I had a friend call me.” She said her fans were worried about her and had been sending a stream of messages in support.

Because verification isn’t visible to users on mobile devices, many fans initially believed that PewDiePie, the YouTuber with the most subscribers, had also lost his checkmark (he has not). Some, noticing that Jake Paul, a YouTube star with nearly 20 million subscribers, was also suddenly missing a checkmark, believed he too had been unverified. However, YouTube confirmed that he had actually lost the checkmark previously, when he changed his handle to a joke name.

YouTube will replace the existing checkmark with “a new look” that is intended to make the “official channel of the creator, celebrity or brand” identifiable, the company wrote in a blog post.

YouTubers said that the most disappointing thing about losing their checkmark was that they’d suddenly be second-class citizens on a platform that some had dedicated years of their lives to. Unverified YouTuber’s comments don’t show up prominently in the comment sections of other videos, for example. Isaiah Shepard, a 19-year-old YouTuber with 2 million followers who goes by Steezy Kane online, said that he felt as if the change would make it harder to meet people and network. “To see a check next to my name, it made everything feel more legit, it made me feel like a creator,” he said. “It makes you stand out from accounts fans make with the same name.”

YouTubers also worried that the change would affect their view counts. Verification can impact a YouTuber’s placement in search results and losing it could make it hard for fans to identify the YouTuber’s authentic channel. Losing a checkmark, and the cachet that comes along with it, can also affect the way brands perceive a YouTuber. “I used my verification to set myself aside from everyone else. This could impact my business,” Jones said. “Either people won’t think I’m legitimate or they won’t see me in the light they saw before. It will definitely affect my brand deals.”

YouTube said part of the reason it unverified so many creators was to make it easier for users to root out impostors. “Our new criteria prioritizes verifying prominent channels that have a clear need for proof of authenticity. We look at a number of factors to determine if a channel meets this criteria,” a blog post announcing the change reads. Before the change, any channel with more than 100,000 subscribers could apply for verification. Now, the channel must not only belong to the real creator, artist, public figure or company it claims to represent, but it must also represent a well-known creator, artist, public figure or company that is “widely recognized” outside YouTube or has a strong presence online.

Creators interpreted this as just another sign of YouTube seeking to become more corporate and abandoning its roots. “If you’ve been watching YouTube lately, you can see,” said Luke Meagher, a 22-year-old YouTuber with 270,000 subscribers who was informed he would be losing verification, “the trending page went from all influencers to Jimmy Fallon, Vevo, professional music videos.”

Still, most users don’t understand what a checkmark actually conveys. According to YouTube, 30% of YouTube users misunderstand the meaning of a checkmark, associating it with an endorsement of content, not an indicator of identity.

Jason Urgo, founder and chief executive of SocialBlade, a social media analytics company, said that YouTube’s changes weren’t as drastic as they might seem to creators. “At the end of the day what I’m guessing they’re going for is trying to be more in line with how other major social platforms handle verification,” he said. “On those platforms it’s more difficult to be verified.” But, Urgo added, “it’s safe to say that their relationship with creators doesn’t feel as solid as it did years ago.”

“People are going to start making videos on this,” Jones said. “Like, ‘YouTube, why did you unverify me.’ YouTube is definitely going to be called out for this.”

Tweets by @forbesindia
Drones to deliver medicines in India by 2020
Hard times in Silicon Valley? Not for the payments startup Stripe