The food aggregator is not the first to offer paid leave for women on their periods—the state of Bihar has had similar privileges for government employees since 1992. But it restarts the conversation on stigma, discrimination and superstition 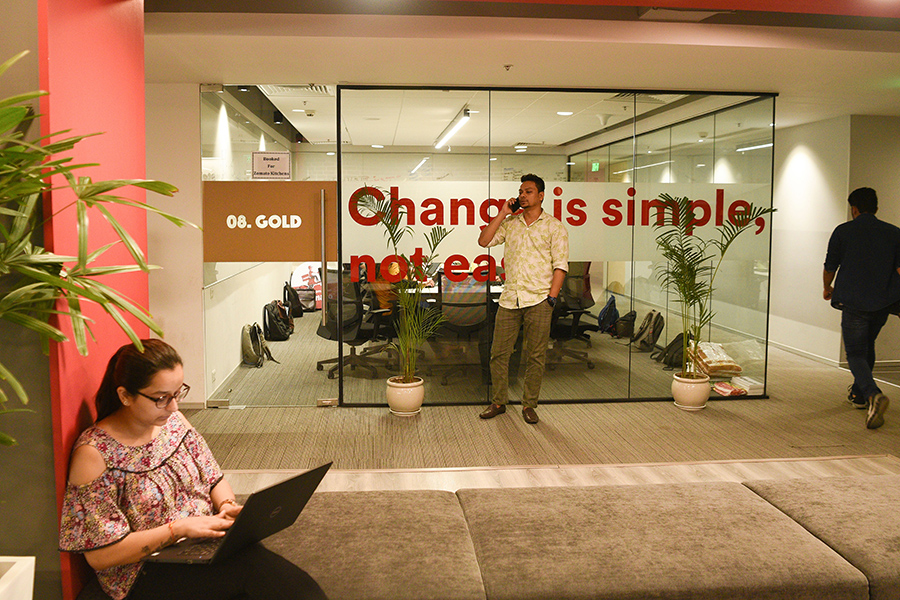 How many days a month have you missed work or requested a day off for stomach pains and cramps because of menstruation? This is the question one of India’s largest food-delivery firms, Zomato, put to its 4,000 employees, 35% of whom are women, in announcing a new paid period leave policy for employees Saturday. The policy, not common among large global companies, allows up to 10 days of period leave a year and applies to transgender employees. The policy is considered a bold move in tackling an age-old taboo in India, where 71% of young women remain unaware of menstruation until their first cycle, according to UNICEF. The company’s founder and chief executive officer, Deepinder Goyal, said in a statement to his employees: “There shouldn’t be any shame or stigma attached to applying for a period leave. You should feel free to tell people on internal groups, or emails that you are on your period leave for the day.” He added, “This is a part of life.” Zomato’s period leave drew headlines around the world and kudos from social media users and women’s rights advocates. “It’s a really progressive move; it’s long overdue,” said independent journalist and columnist Rituparna Chatterjee, who is also the communications director at Ungender Legal Advisory, an Indian organization whose goal is to help companies achieve gender inclusion. “It gives the option — what we didn’t have was the option to rest if when in pain,” she said. “Now at least employees working for Zomato have that.” For decades, menstruation has been a barrier to women’s equality. The monthly menstruation cycle can cause a variety of painful symptoms that continue with each cycle until menopause, typically occurring between the ages of 45 and 55. Menstrual cycle symptoms can include pelvic and lower back pain, headaches, fatigue and mood swings caused by a fluctuation in hormonal levels. Period-related pain, also referred to as dysmenorrhea, is common worldwide. It often affects school and workplace performance, and can grow worse with age. Painful periods interfere with 20% of women’s daily activities, according to a 2012 study. In some parts of the world, women face discrimination, are forced to suffer menstrual pain in silence in the workplace or lose pay by staying home. In Nepal, girls are banished to “period huts” during their cycle because they are considered polluted, even toxic. The practice has had deadly consequences: In 2017, a teenager in western Nepal was bitten and killed by a poisonous snake. In India, viewing menstruation as taboo causes real harm, author Rose George notes in “The Taboo of Menstruation.” Women face discrimination and superstition, sanitary supplies remain unavailable or unaffordable, and access to safe and clean toilet facilities serve as barriers in managing menstrual hygiene. Countries have made strides in addressing the issues surrounding periods, such as tackling the “tampon tax.” The Scottish Parliament this year passed a bill to make pads and tampons free across the board. But Zomato’s policy is the latest move to try to dismantle wider outdated workplace policies. In Japan, for example, Yumi Ishikawa, a model, actress and temporary worker, gathered 18,000 signatures for a petition to end employer dress codes that force women to wear heels. Zomato isn’t the first Indian company to introduce period leave. The state of Bihar has had two extra days of casual leave for government employees to take time off for periods since 1992. In 2017, the digital media company Culture Machine, which has offices in five cities in India, put in place a menstrual leave policy independent of vacation and sick days. There are also forms of menstrual leave policies in Indonesia, Japan, South Korea, Taiwan and Zambia. But while advocates say the policies should be widely expanded, others contend that the additional days off could hinder women’s progress in the workplace and be used to justify lower salaries and a hiring bias against women. But Zomato — a food aggregator that in 12 years has grown to become one of the largest food firms in the world, acquiring Uber’s food-delivery business in India this year and maintaining a presence in 24 countries and over 10,000 cities — is forging ahead. Company employees can apply for period leave through a human resources portal, its statement said, and a sexual harassment team will be in place to respond to any employees facing harassment for taking the time off. Zomato’s chief executive officer, Goyal, said in his statement, “It is our job to make sure that we make room for our biological needs while not lowering the bar for the quality of our work and the impact that we create.” The company’s categorization of paid period leave is important, Chatterjee said. It distinguishes it from a few additional days of casual leave and can drive the national conversation. “There are an enormous number of menstruators who work in the unorganized labor sector as domestic workers, and no houses give them a day off when they have their periods,” Chatterjee said. “This conversation should happen so this gets normalized.”

Tweets by @forbesindia
Trump v. Putin: A vaccine manhood contest
What's behind the rising inequality of everything?