As President Vladimir V. Putin of Russia declared on Tuesday that his nation had approved the world's first coronavirus vaccine without extensive clinical trials, public health experts worried that President Trump would feel the need to compete 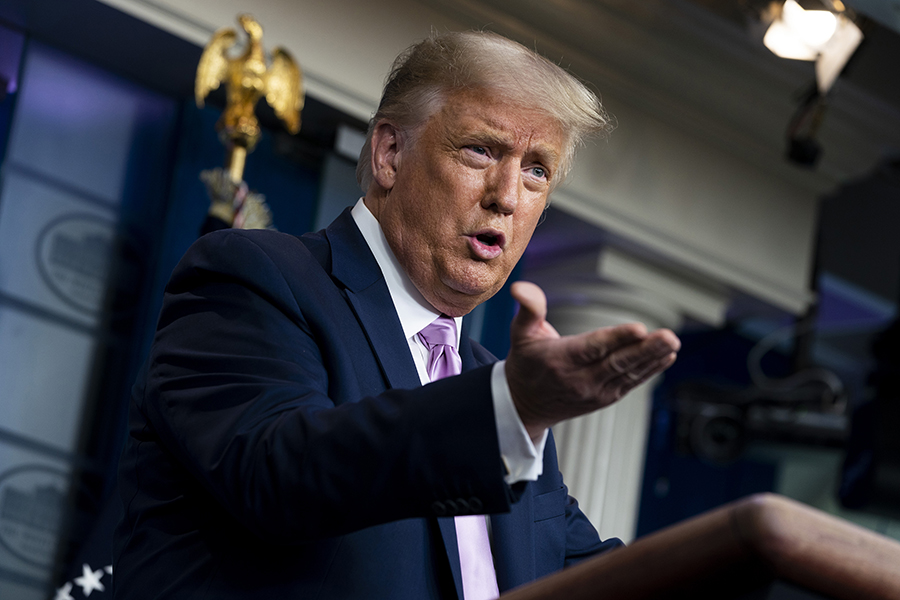 It is true that his administration has taken aggressive action to counter Russia at times — including sanctions, diplomatic expulsions and modest troop deployments to Eastern Europe — but Trump has left the tough talk to his subordinates and rarely if ever has a word of criticism of Putin, whose leadership and strength he has publicly praised. Indeed, Trump has spoken repeatedly with Putin in recent months without once raising intelligence reports that Russia has paid bounties to Afghan fighters to kill U.S. soldiers. Trump dismissed the reports from his own administration as “fake news.” In a separate string of Twitter messages Tuesday, Trump disputed the notion that he trusted Putin more than U.S. intelligence agencies, but he then proceeded to explain why he would doubt his own country’s security apparatus, pointing back to his first encounter with veteran intelligence officials that he later came to consider his enemies. “John Bolton, one of the dumbest people I’ve met in government and sadly, I’ve met plenty, states often that I respected, and even trusted, Vladimir Putin of Russia more than those in our Intelligence Agencies,” Trump wrote, referring to his own former national security adviser. “While of course that is not true,” he continued, “if the first people you met from so called American Intelligence were Dirty Cops who have now proven to be sleazebags at the highest level like James Comey, proven liar James Clapper, & perhaps the lowest of them all, Wacko John Brennan who headed the CIA, you could perhaps understand my reluctance to embrace!”