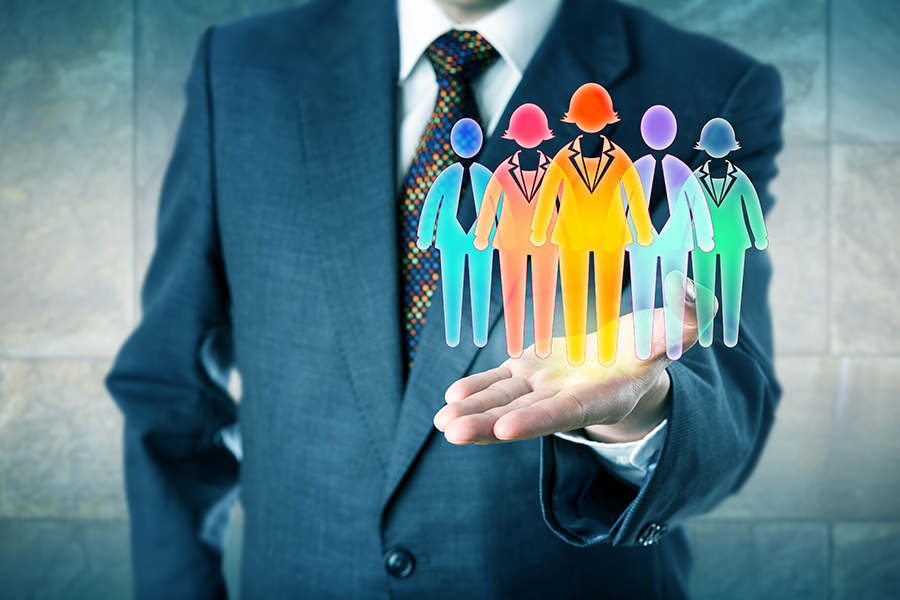 In May 2014, Google caused shockwaves when it released its first report about workforce diversity. The numbers themselves were dismal: Just 30% of employees were women, only 3% were Hispanic, and 2% were black. Equally surprising to many was that the company would volunteer the unflattering stats, which some tech firms defended as “trade secrets,” in the first place.

But Google’s disclosure inspired a flurry of other diversity report cards in Silicon Valley, and Margaret Neale, an organizational behavior professor at Stanford Graduate School of Business, and two of her doctoral students saw an opportunity. They could use the reports to answer a critical and unexplored question: Do investors actually care if a company has gender diversity?

The answer, they discovered, was yes. Neale and her colleagues studied shareholder reactions to nearly 60 gender diversity announcements that publicly traded firms in the technology and finance sectors made between 2014 and 2018. When a firm released its first announcement, stock prices rose more if a company revealed more gender diversity, especially if it bested the industry leader.

“This goes beyond saying diversity is a good idea because it’s ethical,” Neale says. “Shareholders are saying, ‘If you’re not as diverse as we want you to be, there are going to be economic consequences.’”

Making the Business Case for Diversity
Past research has yielded inconclusive findings about whether gender diversity is good for business. Some studies show that heterogeneity promotes innovation and creativity, while others suggest it increases conflict. Some research finds that gender diversity on corporate boards is associated with slightly better performance, while other work finds no such link.

“There were a lot of competing narratives,” says study coauthor Jennifer Dannals, an assistant professor of strategy and management at Dartmouth’s Tuck School of Business who earned her PhD at Stanford GSB in 2018. “Even though some would say it’s a moral imperative, there was only mixed evidence that diversity improved a firm’s value.”

Studying diversity announcements allowed the researchers to overcome a weakness in much of the earlier field research — they could prove causation, not just correlation.

“It’s hard to know if having more women on a board leads to better performance, or whether companies that perform better can hire more women,” Neale says. “With a stock price reaction, it’s clear which way the causal arrow goes. There’s no way the price affected the diversity reports.”

Tracking Investor Reactions
In the financial sector, the researchers focused on 10 publicly traded firms that revealed the share of women they employ in an April 2017 Financial Times article. These included companies like BlackRock, Citi, and JPMorgan. In the tech sector, the researchers identified 49 gender diversity announcements that publicly traded firms made between Google’s groundbreaking 2014 report and 2018. Apple, eBay, and Facebook were among this group.

Next, the researchers measured each firm’s stock returns on the day of the diversity announcement, controlling for total U.S. market returns. In both sectors, stock prices increased more when announcements revealed a higher level of diversity. Among tech companies, investors reacted even more positively when the diversity numbers trumped those of Google, which researchers identified as the industry leader.

“The results put hard evidence to something a lot of people have suspected but hadn’t had the data to back up,” says coauthor David Daniels, an assistant professor of management at the Hong Kong University of Science and Technology who earned his PhD from the GSB in 2017.

Stock prices didn’t budge much after follow-up announcements that failed to show significant changes in diversity figures. “This suggests investors care about diversity levels themselves, and not simply the act of releasing a diversity announcement,” the researchers wrote.

Why Investors Value Diversity
Neale and her colleagues turned to a lab experiment to verify their results and examine why investors may prize diversity. They recruited nearly 400 people who work as managers in diverse industries using an online survey platform and asked them to make bets on public companies in finance and tech. The “investors” were significantly more likely to bet that a company’s stock price would increase if it reported higher-than-average gender diversity — the same pattern they saw in the field.

The researchers then surveyed participants on their beliefs about diversity. Managers were more likely to place higher bets on more diverse companies if they believed that doing so was ethical, that diverse companies had more creative employees and fewer personality conflicts, and that diverse firms were less likely to settle lawsuits rather than litigate them.

Neale says only further research will show whether the results hold up across private firms and other sectors. “You can imagine that for routinized industries, where there’s not a lot of innovation or government regulation, this effect would be muted,” Neale says.

Of course, that would require more companies to publicize potentially embarrassing data. “We’re really interested to know why these firms reported diversity information, and other firms are completely mute,” Neale says. “We have a very limited sample here.”

Tweets by @forbesindia
Regulating AI to preempt a wonderful tool from becoming a powerful weapon
Indians and Obese: At risk of high blood pressure