Everything you wanted to know about Start-up India

Never before in India's economic history has 'entrepreneurship' been given such a centre stage by the Government and policy makers. Here's a lowdown on the country's grand plan 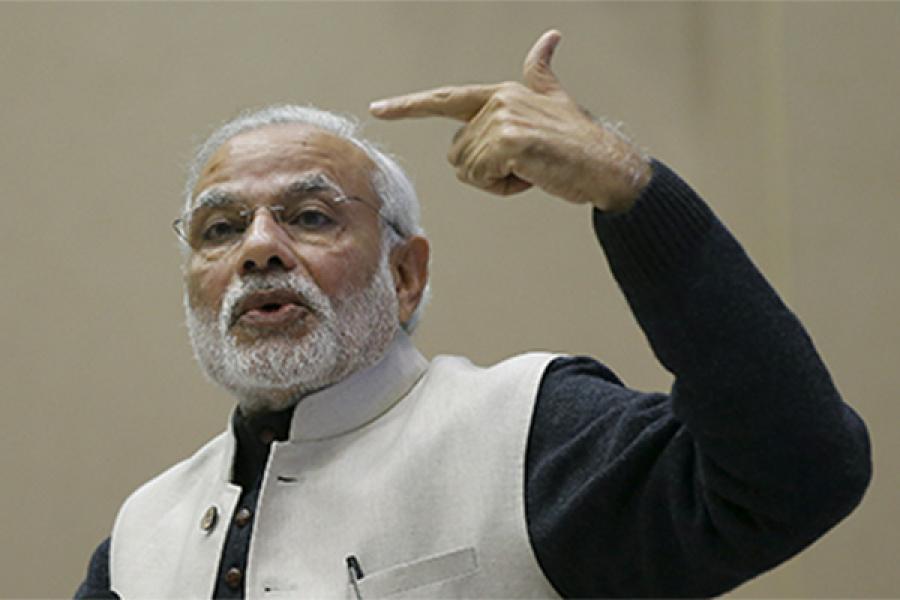 2016 has commenced on a rather subdued note for Indian startups with both deal volume and valuation witnessing a slowdown. However, the year has also brought many positive developments for the Indian startups on the regulatory front. In the months of January and February, the Indian policy architects have announced much needed regulatory reforms to promote the ease of doing business, particularly in respect of the startups. These reforms include Startup India Action Plan, relaxations in norms governing cross-border transactions involving startupsand recommendations by the Companies Law Committee to address the issues arising from the Companies Act, 2013.

In a glitzy event in New Delhi on January 16, well attended by investors and entrepreneurs including founders of certain unicorn startups, Prime Minister Narendra Modi unveiled the Startup India Action Plan to build a strong eco-system for nurturing innovation and empowering startups and entrepreneurship in the country. The Action Plan proposes a 19-point action list which includes self-certification based complianceto reduce the regulatory burden on startups,a faster exit mechanism, tax exemption on profits, relaxed norms for public procurement, easier patent filing, setting up of a INR 100-billion corpus fund that will invest in SEBI registered VC funds over a period of four years, setting up of incubation and R&D centres across the country, promotion of biotechnology sector, among others.

“Startup” defined: Who is eligible?

The Action Plan has defined “startup” as an entity, incorporated or registered in India for not more than five years, with an annual turnover not exceeding INR 250 million in any preceding financial year, and working towards innovation, development, deployment or commercialization of new or significantly improved products, processes or services driven by technology or intellectual property that will create or add value for customers or workflow. An entity formed by splitting up or reconstruction of an existing business is excluded from the definition of “startup”.

Additionally, to be considered as a “startup”, such an entity should:

• be supported by a recommendation with regard to innovative nature of business from a Government recognized/funded incubator; or

• be funded by the Government or an Incubation Fund/Angel Fund/ PE Fund/ Accelerator/Angel Network registered with SEBI; or

• have a patent in connection with its business.

Only those entities that fit into this definition will be eligible for the various incentives under the Action Plan.

However, meeting the eligibility criteria of “startup” is not going to be an easy task for startups which are either cash-strapped orengaged in a business already dominated by their well-established Indian or overseas counterparts without much differentiation in tech or service quality, such as startups in real estate, accommodations, automobiles,online marketplace, hyperlocal logistics and foodtech segments.

Further, the requirement of obtaining recommendation from Government recognized/funded incubator and funding by SEBI registered funds may irrationally preclude many startups from availing the incentives proposed under the Action Plan.

To reduce the regulatory burden on startups thereby allowing them to focus on their core business and keep the compliance cost low, the Action Plan provides for the following relaxations:

Startups have been allowed to self-certify compliance (through a startup mobile app to be launched by the Government) with nine specified labour laws (including laws relating to contract labour, payment of gratuity and provident fund) and environment laws (relating to water and air pollution). Along with the ease in environmental checks, Action Plan has also exempted the startups from labour inspections for a period of 3 years except in a case of credible and verifiable complaint of violation.

These relaxations are particularly beneficial for those startups which are engaged in the manufacturing sector. However, a plethora of other licensing and reporting requirements under archaic labour laws, land revenue laws, tax laws and shops and establishment laws at the States level will continue to haunt startups.

Exemption from capital gain tax will be granted to startups who have invested such capital gains in the Funds of Funds recognized by the Government. Startups will also be exempted from income-tax for a period of 3 years subject to non-distribution of dividend. Issue of shares by startups above fair market value will be exempted from income-tax. Additionally, existing capital gain tax exemption for investment by individuals in newly formed MSMEs engaged in the manufacturing sector is extended to startups. However, a startup shall be eligible for these tax benefits only if it has obtained certification from the Inter-Ministerial Board (IMB), setup for such purpose.

Few startups, if any, can be expected to start making profit in just three years of existence.Therefore, the tax break for the first three years may not be of any real benefit.The interest of startups could have been better served by providing appropriate tax exemptions for private investors and stock options offered by startups to employees,simplifying the taxation regime on cross-border M&A transactions and providing indirect tax incentives for startups.

Eligibility criteria of “prior experience/ turnover” in tenders floated by a Government entity or a PSU will be waived for startups in the manufacturing sector. However, there will not be any relaxation in quality standards or technical parameters. The startups will also have to demonstrate requisite capability to execute the project as per the requirements and should have their own manufacturing facility in India.

Patent application of startups would be fast-tracked and would be eligible for 80% rebate of the statutory filing fees. Government will also appoint a panel of facilitators to assist in filing and disposal of the IP registration applications filed by startups inter alia for the purpose of representation before the statutory bodies.

These incentives will encourage the startups to file a patent which will ultimately substantiate their M&A value and can also be a potential source of revenue.

Although the intent behind these incentives is positive, the caveats attached to these incentives (such as the eligibility criteria prescribed under the definition of “startup”, requirement to obtain prior approval of the IMB, etc.) are daunting and subjective and leave a lot of scope for undesirable bureaucratic discretion which could result in a procedural labyrinth.

Action Plan provides for setting up of a Fund of Funds with an initial corpus of INR 25 billion and total corpus of INR 100 billion that will invest in SEBI registered VC funds over a period of four years (i.e. INR 25 billion per year), financed by the Government and the state-owned Life Insurance Corporation.

This is perhaps the most controversial policy action announced by the Government. Given that investment in startups is a high risk-reward category of investments and also that the golden tap of financing from VC funds, unicorn founders and brand name angels is still pouring in (albeit with fear of discounted valuations), is the Government justified in starting a taxpayer-funded mutual fund especially when India desperately needs these tax resources to provide for food, education and healthcare to a vast majority of population? Representation of the Government nominees on the Boards of VC funds may be a deterrent to opt for Government funding as they might not want the Government meddling in their decision making on a regular basis.

In order to augment the incubation and R&D efforts in the country, Government will set up incubators across the country in public private partnership, centres of innovation and entrepreneurship (including startup centres) at national institutes to provide facilities to startups and new Research Parks in IITs. Government will also provide the requisite training to potential entrepreneurs in various technologies as well as seed funding to potentially successful and high growth startups.

Special emphasis has been given to promote the biotechnology sector in India. To achieve that, Action Plan has proposed setting up of bio-clusters, bio-incubators, technology transfer offices and bio-connect offices in research institutes and universities across India. A Biotech Equity Fund in partnership with National and Global Equity Funds (such as Bharat Fund, India Aspiration Fund, etc.) will provide financial assistance to biotech startups.

Relaxations in Norms for Cross-Border Transactions

RBI has proposed these new measures to help startups receive foreign venture capital and enable smooth exit of foreign VC investors. In case of transfer of ownership of a startup, the RBI has proposed to allow payment of deferred consideration as well as extension of indemnity escrow for a period of 18 months.The RBI has also proposed to simplify the process for delayed reporting of FDI transactions by building a penalty structure into the relevant FEMA regulations.

In addition to aforementioned measures, RBI is also considering (in consultation with the Government) to permit startups to access rupee loans under ECB norms and issuance of innovative FDI instruments like convertible notes by startups.

RBI has also clarified that issue of shares in the form of sweat equity for consideration other than cash or against any legitimate payment owed by the company is permitted under automatic route and Indian startupsare allowed to collect payments on behalf of their overseas subsidiaries.

The Committee has recommended certain changes specifically for encouraging startups. In addition, there are certain other recommendations, although not exclusively applicable to startups, which would create a conducive regulatory environment for startups. Specifically, the recommendations have been made for reducing compliance burden on account of the private placement procedure, excluding convertible notes raised by startups from the definition of ‘deposits’, simplifying the procedure to convert an LLP into a company, addressing concerns with regard to insider trading provisions, allowing startups to raise deposits for its initial five years without any upper limits, allowing startups to issue ESOPs to promoters working as employees or executive directors or whole time directors, rules regarding availability of names are being made liberal to allow for more innovative names, relaxing the requirement for foreign nationals to be managing directors/whole time directors, increasing the thresholds for private companies to comply with having an Independent Director, Audit Committee, Nomination & Remuneration Committee, doing away with the requirement for Government approval for managerial remuneration, and increasing the limits with regard to sweat equity that can be issued by a startup from 25% of paid up capital to 50%.

Will this flip the cart?

Never before in India’s economic history has ‘entrepreneurship’ been given a centre stage by the Government and policy makers. These reforms would definitely make life comparatively easier for startups and investors.

While these reforms are laudable, there is still a lot more required to be done to make India a preferred business destination particularly with respect to fast-track resolution of commercial disputes, enforcement of contracts and IPR protection, predictable forex regulations and taxation policies, uniformity in laws and policies in different States and land acquisition reforms. At a time when India’s success stories are drifting to other business friendly jurisdictions like Singapore and Silicon Valley, the policy architects should move quickly to rectify these irritants under Indian laws and regulations to arrest this exodus and encash the huge potential of Indian startups.