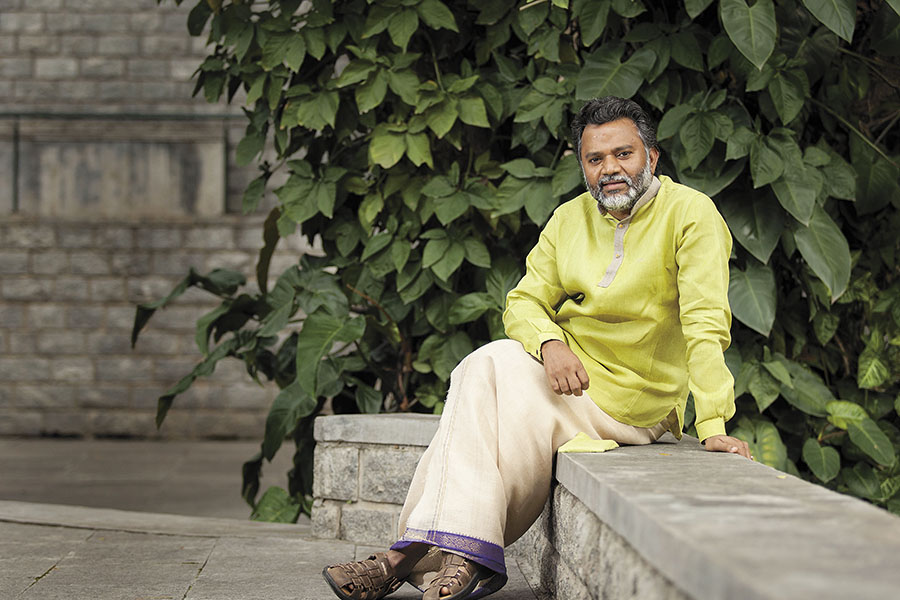 Nagaraja Prakasam is always on the lookout for entrepreneurial ideas that focus on people, problems and technology
Image: Sri Manikandan for Forbes India


By 2013, Umesh Sachdev, CEO and co-founder of Chennai-based Uniphore Software Systems, had been turned down by close to 20 venture capital (VC) investors. Incubated at IIT-Madras in 2008, Uniphore was creating tools that would allow software applications to understand and respond to human speech. Sachdev admits that, five years later, the story of Uniphore “was not sellable”. The startup was doing “bits and pieces of many things”, he says, as it had started to digress from voice recognition and created “non-core” verticals such as mobile apps. More so, Uniphore had modelled its voice recognition business as a service rather than a product.

Enter software engineer-turned-angel investor Nagaraja Prakasam, who was introduced to Sachdev by an acquaintance in late-2013. What Uniphore was building instantly caught Prakasam’s imagination. As Prakasam, 45, says, “Only 250 million speak English in India, which means 1 billion are left out of the digital revolution. That’s the problem he [Sachdev] is solving.”

In early 2014, Prakasam (known to just about everyone as Naga) led an undisclosed angel round of funding in Uniphore. The investment was routed through the Indian Angel Network (IAN)—a network of angel investors, which Prakasam became a part of in 2010. While Uniphore was a much older startup than those IAN typically invests in, Prakasam believed that an angel investment could come at any stage before a startup raised VC funding. As with other IAN lead investors (who contribute 20 percent of the overall investment), he also got himself a board seat in Uniphore.

Since then, Uniphore has raised two more rounds of funding and counts Infosys co-founder Kris Gopalakrishnan as an investor. Prakasam’s advice for the company to ditch the “non-core” mobile app business and start selling the core voice recognition business as a product, not a service, has helped Uniphore clock revenue growth of 250 to 300 percent over the last two years. Moreover, the startup has taken its business global to the Philippines and the UAE and has banks, telcos and airlines as clients. “After Naga came, our story has crystallised and has been fine-tuned to such an extent that of the same 20 VCs who had rejected us earlier, three have come back and invested in us,” says Sachdev.

While Prakasam helped steer Uniphore onto the growth path, he has stopped short of micro-managing its affairs. Says Rajiv Rao, founder and CEO of FreshWorld, an offline fruits and vegetables retail startup in which Prakasam led an IAN investment in 2015, “Naga truly shares the challenges the entrepreneur and the startup faces and facilitates a way forward. Entrepreneurship is often a lonely experience. With Naga on one’s side, it makes life slightly less challenging for startups.”

Since 2011, Prakasam has funded 19 startups in India that operate across sectors ranging from pure-play IT services to waste management. As an individual, his personal investments through IAN have ranged from Rs 1 lakh to Rs 1 crore. Nearly 40 percent of his total startup investment is structured as debt, earning him interest and obtaining a steady cash flow. This is his only source of income after he gave up his high-paying job as president, South and Southeast Asia at CDC Software (now known as Aptean) in 2012.

The career shift has also brought about a shift in his lifestyle. From yearly international vacations, Prakasam now only indulges in biannual domestic vacations. “In four years, my family has not taken any international vacations. Instead, that money has been invested into a startup,” he says. He admits that when he took the decision to shift gears, he was worried about his family, and whether they would be able to handle the social pressure of him quitting a full-time job. Today, it is not an issue. “I have a seven-day weekend.”

So far, Prakasam has fully exited one startup, Solaron (a rating agency that offers environmental, social and corporate governance data to international institutional investors), and has partially exited from Druva (a cloud-based services provider that recently raised $51 million), and Stayzilla (an online aggregator for homestays in India).