Zoo Media, one of India's hot young, independent advertising networks, is building a horizontally and vertically integrated company. In an interview with Storyboard18, one of the founders of the network, Pratik Gupta, spoke on this and more 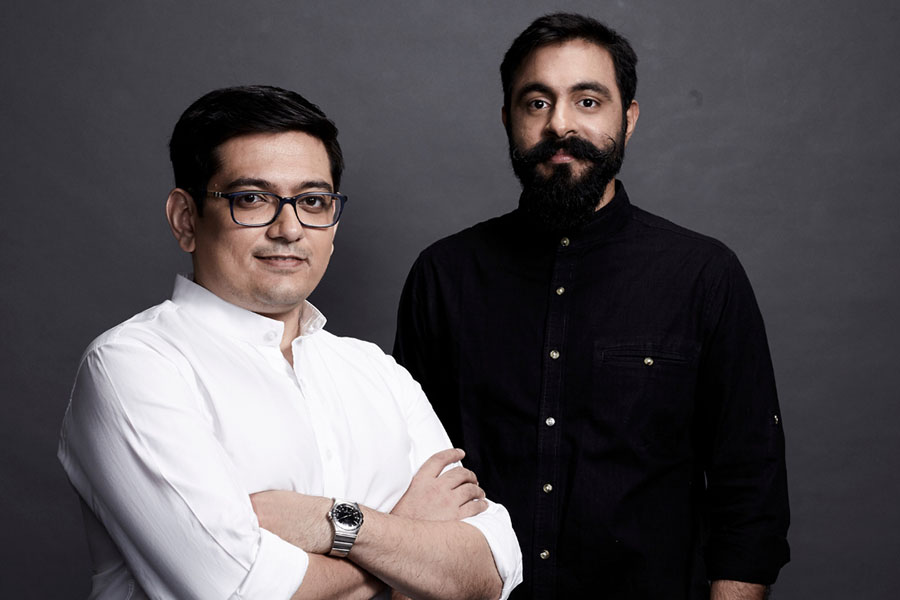 In 2020, Pratik Gupta (L) and Suveer Bajaj (pictured) launched Zoo Media with a hyper-focused strategy. In just two years, the network has come a long way.

Digital Marketing Mavericks is Storyboard18’s new series featuring some of the best digital-first, future-facing, homegrown and globally-networked agencies that are building brands and businesses fit for the new age.

In 2008, four 19-year-olds, Pratik Gupta, Suveer Bajaj, Harshil Karia and Paritosh Ajmera, decided to cancel their long-planned Goa trip to set up a business. With Rs 64,000 in hand, the four launched a company called FoxyMoron. To kick-start their venture, they started printing graphics on T-shirts and slowly moved to advertising on social media, which most brands at that time thought could be done for free. A lot has happened since then. Two founders, Karia and Ajmera, moved on. The agency was rumoured to be almost acquired by a global advertising network. However, Gupta and Bajaj stayed behind and created an independent advertising network with a focus on hyper-specialisation.

Behind the making of Zoo Media

In 2015, Gupta tells Storyboard18, every digital marketing agency wanted to become a 360-degree solution provider. It was a time when digital marketing was picking up steam and there was an influx of talent and brands’ interest to capture the online landscape. Gupta recalls how FoxyMoron executed an influencer campaign for a personal care brand on Facebook, much before creators became a marketing buzzword. In the next couple of years, FoxyMoron fine-tuned things—from garnering a good talent pool to even having all services that clients were looking for under one roof. The catalyst for this change was a pitch eight years after FoxyMoron was set up.

An OTT platform called for a pitch in 2016. The brand was looking for an agency that could help them crack all things video. FoxyMoron lost that pitch. Gupta explains why: “We don’t lose too many pitches. We lost this particular pitch not because we weren’t creative enough for the brand. We just didn’t have a video team that was the best in the business. We then realised that if we want to stand out in the business we have to be the best.” That’s how Gupta and Bajaj got the idea to build an independent, specialised network.

A network with depth

“One agency can’t be good at everything. We understood that a few years after being in the business. Honestly, it would have been difficult to survive if we were just another 360 digital service provider. Now, our intent is to build brands and collaborate with them together as a network. We are finally a horizontally and vertically integrated company,” says Gupta.

Lessons in building a network

In 2015, it was rumoured that a global ad network approached FoxyMoron with an acquisition offer. The founders never spoke openly about why the deal didn’t go through. When Storyboad18 asked Gupta about it, he declined to comment on the specifics. “We are happy where we are now. We learnt a lot about building businesses at scale. Over the years we have figured that to change structures and models we need to bring about mindset shifts too,” says Gupta.

In the last few years, Gupta and his teams have observed that while looking for new businesses, there are many clients are often unclear about their bigger goals. Many a time, the conversation stops at a campaign briefing. “Agencies of our scale still need to educate clients to spend a lot of time with us to help them identify their need gaps. Sometimes we get a brand’s website links as briefs and we really don’t know how to get back to them,” laughs Gupta.

He says that everyone in the agency world is in the business of communication. Today, agencies are not just service providers but partners who can do everything—from changing their brand imagery to putting them on the metaverse. There is nothing that an agency network can’t do for brands, concludes Gupta.