Simply Speaking: Familiarity does not breed contempt. It builds preference 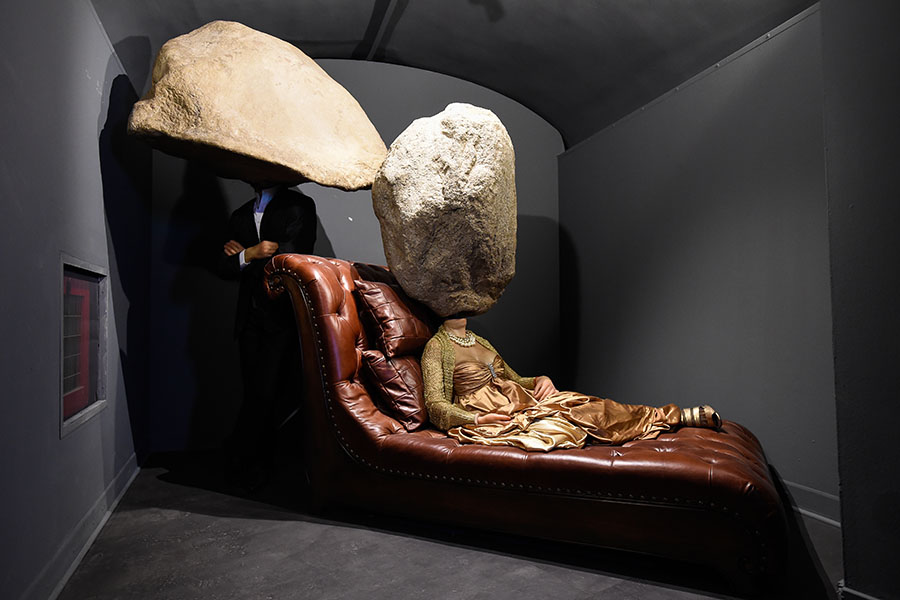 Known for the breadth of his work on the basic processes of social behaviour, Robert Zajonc helped to create the modern field of social psychology. Image: Marilla Sicilia/Mondadori Portfolio via Getty Images

“The form of experience that we came to call “feeling” accompanies all cognitions.“ -Robert Zajonc

This is the first in a set of 4 articles where I shall present fundamentals of psychology that are evidently manifest in the work of marketing but little known. One reason is that the celebrity status that Sigmund Freud and to a lesser degree, Carl Jung acquired in their lifetimes eclipsed the work of many other contributors. The standard MBA curriculum may walk through some references to Ivan Pavlov or Abraham Maslow, but a deeper understanding of the work of psychologists is merited. I will introduce the work of a few such stalwarts as best as I can.

Let me begin with the critical area of familiarity and awareness. The marrow of brand building is familiarity. Today, we consider it a universal truth that repeated exposure to a stimulus breeds familiarity with it. Familiarity brings about an attitude change toward the stimulus taking the form of preference, or affection. This preference is emotional and forms at a subconscious level before a person is even aware of it. The more you see it, the more you like it. Any marketer who doubts this will learn a lesson after much money is wasted with scanty results.

But this was not always seen as an axiomatic truth. It was not even understood. In 1876 German experimental psychologist Gustav Fechner suggested that familiarity increased positive feelings toward art objects, but that “supersaturation” leads to aversion. By 1910, Edward B. Titchener was describing familiarity as a “glow of warmth” that people experience in the presence of familiar things. Their work was soon forgotten. Instead, the rise of mass media advertising placed a lot of premium on novelty and creative freshness.

Until the middle of the 20th century, social scientists tended to base their explanations of human behaviour on environmental factors. It was fundamentally the work of Polish-born psychologist Robert Zajonc that allowed us a more complete understanding and considered the functions of the mind as well. Zajonc’s main interest was in the relationship between feeling and thought.Also read: Using sports psychology to succeed in everyday life
He devoted much of his career to exploring the intersection of emotion and cognition and discovering which of these factors has a stronger influence on behaviour. To this end, he performed a seminal experiment in 1968 that led to his discovery of the “mere exposure effect”, which is arguably his best-known contribution to the field of social psychology.

Mere exposure, Zajonc explained, simply refers to a condition in which the given stimulus is accessible to the subject’s perception, either consciously or subconsciously.

Zajonc’s interest in the effect was aroused by a newspaper article that described a curious experiment that took place at Oregon State University in 1967. A “mysterious student” had been attending class for two months, enveloped in a black bag. The professor, Charles Goetzinger, knew the identity of the person inside, but no one else had any idea. Goetzinger observed the class to gauge their reactions over time. Initially, the black bag was treated with suspicion and hostility. This changed in time, and members of the class softened and were eventually friendly, even protective toward the person in the bag. Goetzinger noted that attitudes “changed from hostility toward the black bag to curiosity and finally to friendship.”

Robert Zajonc’s groundbreaking paper, Attitudinal Effects of Mere Exposure, was published in The Journal of Personality and Social Psychology in 1968. Zajonc’s paper describes a series of experiments in which preference was proven to be beyond cognition. Participants were exposed to a sequence of random images—geometric shapes, Chinese symbols, paintings, and pictures of faces—flashed to them so rapidly that they were cognitively indiscernible. The participants could not figure out which images were shown more repeatedly. When subjects were quizzed about their preferences, they consistently chose the ones to which they had been most frequently exposed, even though they are not consciously aware of this fact. Also read: The tipping point: The subtle psychology and economics of taxi fares
This evidenced that familiarity brings about an attitude change, breeding affection or some form of preference for the familiar stimulus. The greater the number of exposures to something, the more affection you will feel toward it. To put it simply, “the more you see it, the more you like it.”

The startling revelation in Zajonc’s findings is that such preference is based purely on the history of exposure to it, unaffected by a person’s cognition, personal beliefs or attitudes. This is manifest because the experiment was impacting respondents only at the subliminal level. It worked even when subjects were completely unaware that they are being presented with a stimulus. This discovery led to Zajonc’s claim that “preferences need no inferences” implying that attraction is not based on reasoned judgement.

This led to a furore of disputations and challenges because it is contrary to what most of us might imagine being the case. In a paper called ‘Feeling and Thinking’, written in 1980, Zajonc argued that feelings and thoughts are very independent of one another. Feelings not only precede thoughts during a person’s complex response to a stimulus but are the most powerful determinants of a person’s attitudes and decisions. This paper was also widely debated but pulled the study of emotion back to the forefront of Western psychology. It transformed the study of decision-making processes. Also read: Energetic and happy: The overlooked effect of positive emotions on entrepreneurial alertness
It suggests that contrary to what we may believe, it is not reason and logic that guide our decisions. We make fast, instinctive, emotion-based decisions before we have even had a chance to consider the choice cognitively—we make judgments without information. If this is true, it follows that our logical reasoning merely justifies and rationalises the decisions we have already made, rather than serving to inform the choice in the first place.

We can never think about something without a feeling attached; Zajonc concluded. We do not just see “a house,” we see “a handsome house” or “a pretentious house.” Every perception we have contains some affect or feeling.

In interpersonal attraction, Zajonc termed it the “propinquity effect”. The way we tend to form friendships or romantic relationships is determined by the regularity of exposure. The world was aghast that ‘love at first sight’ was being experimentally rubbished. Zajonc discovered that people form very negative attitudes toward unfamiliar people, attributing unpleasant qualities to them for no apparent reason other than the fact that they are strangers. However, as with shapes and symbols, repeated exposure is shown to increase trust and affection. Therefore, we have a strong positive attraction to celebrities simply because of their exposure values and not because we know anything substantive about them.Also read: Tapping the Psychological Contract of working from home
Known for the breadth of his work on the basic processes of social behaviour, Zajonc helped to create the modern field of social psychology. He used his work on thought and feeling to explore issues such as racism, genocide, and terrorism, hoping that research could ultimately help to prevent war and human suffering.

Robert Zajonc was born in Lodz, Poland. When he was 16 his family fled to Warsaw during the Nazi invasion of Poland. Both his parents were killed. He was arrested by the Nazis and sent to a German labour camp. He escaped with two other prisoners and walked 320 kilometres to France only to be recaptured and imprisoned again. He broke out for a final time and made his way to the UK.

After World War II, Zajonc moved to the US, where he established himself as an eminent psychologist, earning his PhD at the University of Michigan where he worked until his retirement in 1994 when he became an emeritus professor at Stanford University.

Zajonc died of pancreatic cancer at the age of Eighty-Five, in 2008.