Will more women come out about sexual harassment at the workplace?

The Sexual Harassment of Women Act, passed earlier this year, gives women more weapons to fight harassment. But they need to speak up first 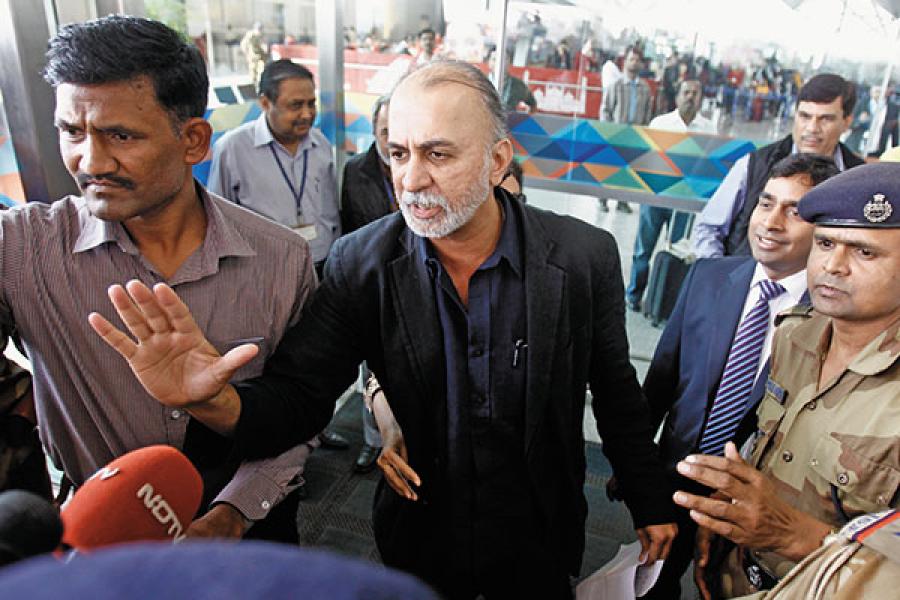 To all those asking me how sexual harassment can be curbed at workplaces, I have one question to ask in return: Does your office have a sexual harassment complaint committee? Chances are that you don’t. There’s an even greater chance that you haven’t bothered to find out. That, to my mind, is the root of the problem. Many of us don’t seem to believe that a Tarun Tejpal lurks amidst us until he lands up at our door. We read and write about harassment all the time, but when it comes to setting up a mechanism to nip it in the bud, we keep telling ourselves, “It’s okay, it won’t happen to us.”

From top government offices to conscious media institutions and beyond, hardly anybody complied with the Vishaka guidelines laid down by the Supreme Court in 1997. Even after the government enacted the Sexual Harassment of Women (Prevention, Prohibition and Rederssal) Act in April 2013 in tune with the Vishaka guidelines, the compliance rate remained abysmally low. The law has been notified on December 9, and companies will have to follow it now. It’s sad that it had to come to this.
Their brazen defiance was shocking.

Consider this: Despite the hue and cry over the Tejpal incident, many offices didn’t take any action. It’s not that their employees weren’t facing sexual harassment; it’s just that they were not talking about it. Only when a case came up did offices act on war-footing. Tehelka, too, set up a committee only when the allegation against Tejpal surfaced, but it couldn’t be contained within their cubicles because so many lapses were committed. If only the company had taken small steps to begin with, they wouldn’t have had to rustle up a futile face-saver at the last minute. For Tehelka, the kingdom was lost for want of a nail. Don’t wait for disaster to strike, act in peacetime.

Are the perpetrators not aware that there’s a law that can hold them guilty? Of course, they are. Most of them are moneyed and upwardly mobile; but believe they are above the law. Let me draw an example from another area to prove my point. South Mumbai, one of the poshest areas of the state, if not the country, has a skewed sex ratio. The figures are almost as bad for Mumbai as a whole. Maharashtra occupies a last but one position on the national list. It indicates that illegal sex determination (and therefore selection) is rampant in a state that boasts of some of the better economic indicators in the country. Who are to blame for that? Well-off families who are choosing to have boys over girls and doctors who are helping them by carrying out pre-natal diagnosis and abortion. It would be foolish to assume that either do not know the law. Fact is, the ‘educated’ and ‘enlightened’ classes don’t care. Perhaps they think they can get away with it.

What I find most shameful is that most of the accused seem to be repeat offenders. After the law intern came out accusing Justice Ganguly of harassment, another young girl spoke up about a similar incident. All those blamed for raping the photojournalist in Mumbai have another case to their name. I am also pretty sure that the accusation of sexual harassment by the Tehelka journalist is not Tejpal’s first. You don’t start committing such acts of indiscretion when you are 50; it has to be a behavioural pattern. It starts in your teens and as you climb up the ladder, you test yourself. You think women are accessible and you have the power and position to keep them quiet. So it goes on… you keep getting away with it till one rare one speaks up. And the ones who suffered in silence live with indescribable guilt: If only I spoke up, another career would have been saved, they keep telling themselves. 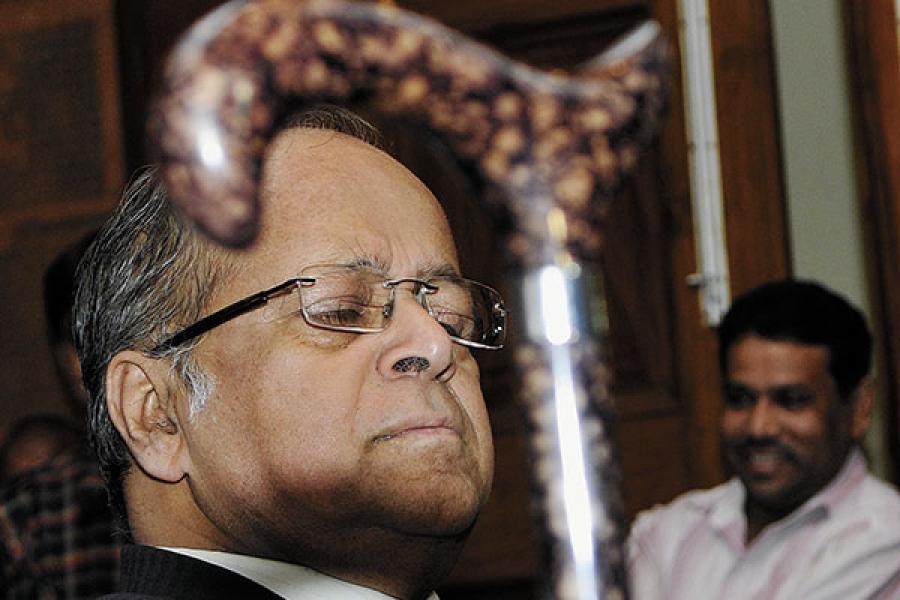 Image: Getty Images
Retired SC judge AK Ganguly finds himself at the centre of public outrage after a law intern blogged about being sexually harassed by him
Women are often scared of being ‘left out’ at work if they don’t take part in bloke jokes. Their first reaction to uncomfortable situations is to adjust, as they have so often been trained to do in every aspect of life. They tend to react only when the relationship is embittered, only when, say, the boss is picking on them. Let’s take the case of a top executive in an MNC. A divorcée in her mid-30s, she was an able worker and primed for a promotion. When she faced sexual advances and spurned them, albeit quietly, she was penalised and deprived of her due. It was only after she quit that she spent lakhs to fight her tormentor. Why ruin yourself in pursuit of justice? It’s your right, so speak up.

Let’s set the agenda for 2014 very clearly: We don’t need any more laws. We need people and the will to implement, enforce and monitor them. It has become a style statement for our netas to pass pro-women laws at the drop of a hat, but they forget them soon after. Look at IPC 498[A], the anti-dowry law. It was passed with much fanfare, giving women the legal mandate to stand up against domestic violence by their husband and in-laws. The minute women tried to use it, the law was dubbed draconian. Even the Supreme Court has called it “legal terrorism”.  Everybody feels ashamed to oppose a law which is beneficial to women, so it’s passed; but the law is never meant to be used, it’s just meant to be there as an ornamentation.

This is why more women need to speak up. Only then can we call the bluff on such tokenism.

Will the Justice Ganguly and Tarun Tejpal cases prove to be a watershed in the history of the fight for empowerment? Will they inspire more women to speak up? I can only hope. We’ve had stray cases of victims opening up before, but one swallow a summer doesn’t make. The positive trend in 2013 is that we’ve seen several such cases where victims have taken on powerful people. That’s a start. Only when there are a string of cases do people sit up and take note. Many women journalists have come out and spoken up after the Tarun Tejpal case. I have had several women walking up to me and telling me, “It happened to me too.” That makes you realise that sexual harassment at workplaces is such a common thing, it’s happening everywhere. So, women have to speak up, for themselves and for others.

I can’t say whether 2014 is going to turn the tide in the fight against sexual harassment at workplaces. That’s for you to ask yourself and the people around you. Yes, there is a notified law in place. But such mechanisms can help women only after they decide to help themselves. Victims of harassment often come to me, but step back from taking legal recourse as they stand to lose their anonymity in courts. What good is a law if you choose not to use it? You must remember that the badnaami is not on you, it’s on your tormentor. I hope that such diffidence changes in 2014.

However, now that the law has been notified, one thing’s for sure: The companies will be smarter, they will be alert and frame a policy. Once a policy is in place, put it up on your board so that the staff see it as they walk in. This will have a two-pronged impact: Women will know where to go to deal with sexual harassment; and men will be on their toes. Men keep fretting about false complaints, but there is a provision in law about that, so put that up too. That’ll take care of excuses like ‘drunken banter’ to justify sexual harassment.

Finally, let’s try and change social attitudes. Both men and women have to change their value system. And it has to start from down below: A mother has to treat her daughter like her son, the son has to shed his reluctance to do the dishes; in movies, heroes have to stop glorifying eve-teasing, wearing ‘casual flirting’ as a badge of honour. Cases like Shiney Ahuja’s, Bill Clinton’s and Dominique Strauss Kahn’s, where wives steadfastly defended their erring husbands, have to stop as well.

Women can’t just end up cribbing, they have to find their voice: Say yes, my son/husband is guilty; yes, I shall first stand up for myself. Unless that happens, nothing much is going to change.

As told to Kathakali Chanda

Tweets by @forbes_india
Ask 50 Billionaires: How Much Do They Sleep?
Breva Genie 01: The Weather Watch