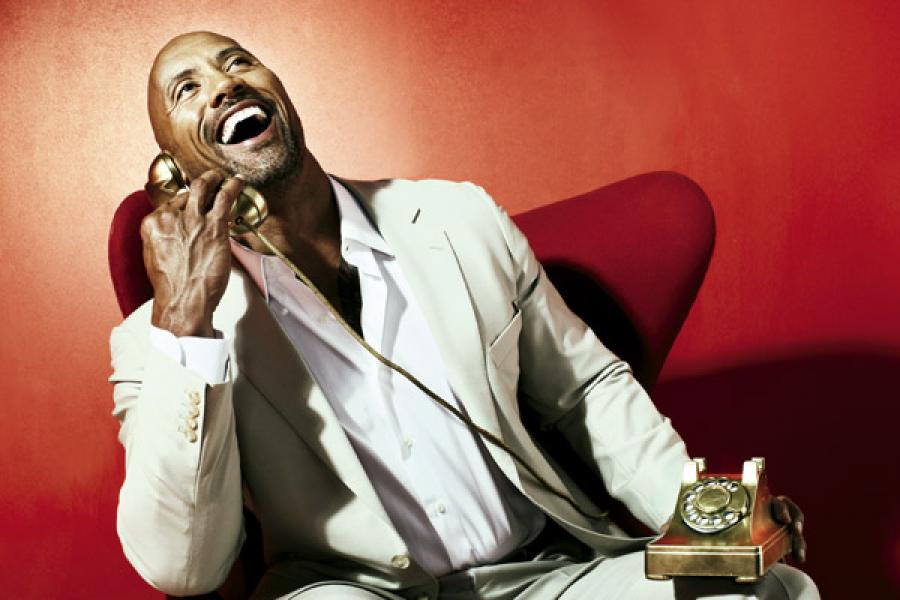 Dwayne “The Rock” Johnson’s formula for box office success is two-fold: “I can kick ass better than anyone on the planet,” he says. “And I have a decent smile.” He flashes his teeth winningly to try to underscore his point. But the numbers are more impressive: This 6-foot-5 wrestler’s 15 movies have grossed more than $2.3 billion at the global box office. Then there’s how he’s done it. Rather than launch franchises, Johnson saves them. Last year he climbed onboard the tired Fast and Furious series and turned Fast Five into the franchise’s highest-grossing film ($626 million). Then he took over Journey to the Center of the Earth from Brendan Fraser, and Journey 2 brought in $81 million more than its predecessor. Next up: The second installment of GI Joe. Producers have taken note: We estimate The Rock earned $36 million in the last 12 months, and his first spot on The Forbes Celebrity 100 seems to be a floor, not a ceiling.

“The second you see Dwayne on screen,” says Paramount Film Group President Adam Goodman, “it’s like everything you ever imagined in an action hero and then some.”

A college football star, Johnson broke into entertainment as a pro wrestler in 1996, following in the footsteps of his father and grandfather (his wrestling moniker, Rocky Maivia, combined their names). While his dad was upset—he had spent years getting pounded in high school gyms nationwide and struggled to support young Dwayne and the family—Johnson recognised that pro wrestling in the 1990s offered more upside than it did for generations past. Still, cast in the role of a good guy, fans quickly tired of his non-stop smiling attitude and began to chant, “Rocky sucks!” Faced with the prospect of failing, Johnson implored World Wrestling Entertainment head Vince McMahon to give him 30 seconds on live TV to respond to the fans.

Throwing off the sunny, third-generation Rocky character dreamed up by the WWE, he became The Rock, and he antagonised the crowd right back. They ate it up. Now a funny bad guy with a penchant for catchphrases, a star was born. When fans would try to join in on a chorus of “Do you smell what The Rock is cooking?” He would cut them off and yell, “This ain’t sing-a-long with The Rock!” And they loved him for it.

Hollywood came calling in 2001. Johnson took a small part in The Mummy Returns and was immediately bitten by the acting bug. The next year he starred in a Mummy spinoff, The Scorpion King, which earned $165 million worldwide. Johnson continued to wrestle, playing up his new movie fame by pretending to be too big for the WWE and singing songs mocking whatever city he was performing in. And eventually he did get too big: By 2006 he had basically retired from the ring.

Around that time Johnson’s movie career took a strange turn. The Rock found himself at the centre of family films like Gridiron Gang, The Game Plan and Race to Witch Mountain. “When he was wrestling, he was at 270 pounds and the ruler of the world,” says Dany Garcia, his manager and ex-wife. “When he went into movies he dropped to 230 pounds and they told him to stop talking about wrestling.”

To Johnson and Garcia, who’s been an integral part of Johnson’s career since they met as teens, it felt very much like the early days with the WWE when Johnson was encouraged to play a character that didn’t quite fit. “It reached a point where I felt that instead of me trying to conform to Hollywood, I needed to have Hollywood conform to me and embrace my past,” says Johnson. 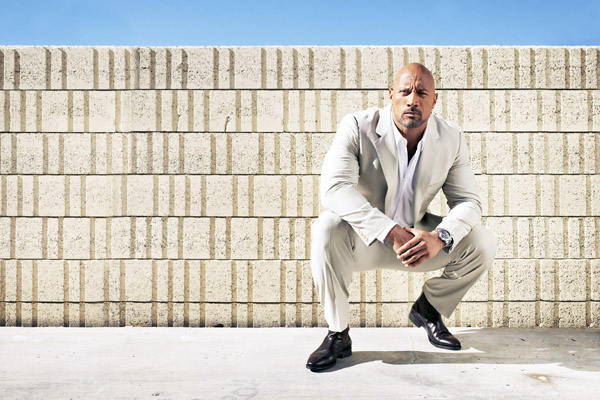 So, last year Johnson took matters into his own hands. He ditched his agents at CAA in favour of Ari Emanuel’s WME, decided to focus mostly on action movies—and decided to start wrestling again. “People love him as a wrestler,” says WME’s Brad Slater, “and because he left seven years ago, there’s a whole generation of young fans who never saw him.” In April The Rock fought John Cena in a Wrestlemania battle, the most-watched in the history of the 27-year event, which raked in $67 million, thanks to 1.3 million pay-per-view downloads in 105 countries.

Such wrestling cred only burnishes his action hero status, allowing him to become, as Goodman of Paramount says, “toyetic.” And there are many more merchandise-friendly roles lined up in his immediate future. After GI Joe there’s Snitch, about a father who goes undercover to try to free his imprisoned son. Then Michael Bay’s Pain & Gain, where Johnson co-stars with Mark Wahlberg as a couple of former bodybuilders who kidnap a rich man and try to steal his life.

The studios are falling over one another not just because of his newfound box office power but also because of his unwavering enthusiasm when it comes to promoting his films. Most stars negotiate how few days they’ll have to be on the road promoting their films. Johnson is happy to talk about how he can help promote the film from day one.

“That’s the wonderful part about being in this business,” says Johnson. “I love knowing the audience and listening to the audience.” Oh, and kicking a little ass, too.