Bollywood and the minority question 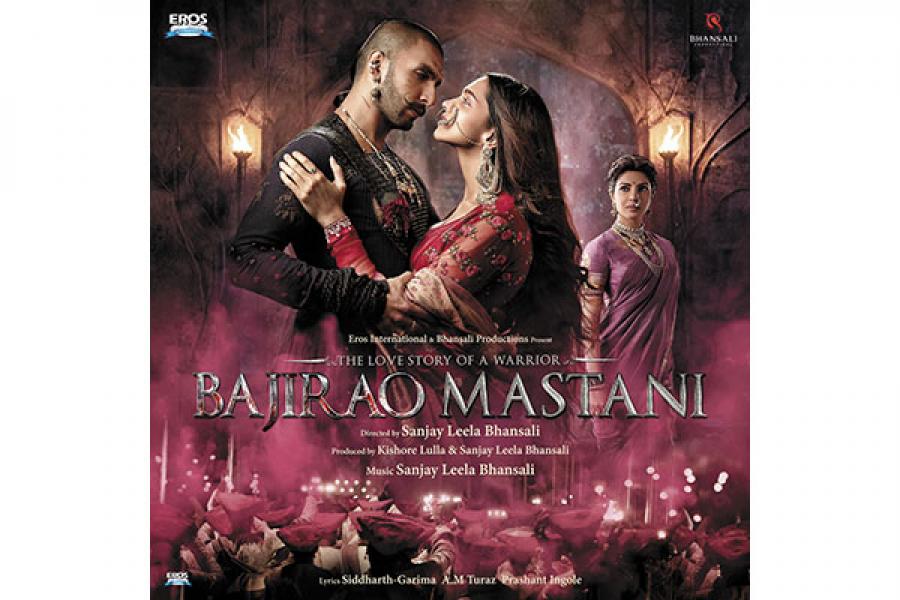 The minority question has become more sensitive in India than ever, and two year-end events highlighted Bollywood’s minority connection. One was Aamir Khan’s statement that his family feels insecure in India; this triggered an uproar, only underscoring the actor’s point.

The other was the release of Sanjay Leela Bhansali’s Bajirao Mastani (2015), about the romance between the Hindu Peshwa Bajirao-I, who was married to Kashibai, and Mastani, a Muslim warrior, whom he took as his second wife. In a right-wing dominated atmosphere, Bhansali is to be lauded for his choice of a Ganga-Jamuni theme that takes forward India’s enduring, composite, inclusive culture. He makes a courageous political point by celebrating a historical, inter-faith relationship, top-lining Bollywood stars Ranveer Singh, Deepika Padukone and Priyanka Chopra.

Bollywood and Indian cinema have long negotiated minority issues, and these narratives have evolved over the years. Earlier, there were more straightforward viewpoints. Filmmakers like V Shantaram made Shejari/Padosi (1941), which directly promoted Hindu-Muslim amity against the backdrop of the formation of the Muslim League. Then came MS Sathyu’s Garm Hava (1974), a sophisticated, haunting film about a beleaguered Muslim family that stayed on in India after Partition, that was also shown at the Cannes Film Festival. More recently, mainstream Bollywood films like Jodhaa Akbar (2008) and Bajirao Mastani have highlighted the inter-faith message, couched in opulence and spectacle, with big stars and song and dance.

Bollywood has been significantly shaped by Punjabi directors born in what is now Pakistan and/or affected by Partition, who moved to Mumbai, including Prithviraj Kapoor, patriarch of the Kapoor clan, Yash Chopra, the late founder of Yash Raj Films, and Yash Johar, the late founder of Dharma Productions. While family values anchored many of their productions, Yash Chopra’s early films were reflections on Partition and religious bigotry: Dhool ka Phool (1959) had a Muslim adopt a Hindu child; Dharmputra (1961) had Hindus adopt a Muslim child during Partition, while Waqt (1965) featured three brothers who get lost and find each other.

A large number of films had the Muslim character—often conflated with the Pakistani—as the villain/terrorist. These include films made around the 1992 Babri Masjid demolition, the communal riots of 1992-1993 and after. Think Roja (1992), Gadar: Ek Prem Katha (2001), Border (1997), Pinjar (2003), Mission Kashmir (2000), Fiza (2000), Fanaa (2006), Agneepath (2012) and Sarfarosh (1999), which featured a treacherous Pakistani ghazal singer, but also addressed the politicisation of the police force. Some, like Mission Kashmir and Fiza, were initially empathetic, trying to understand the circumstances that turn innocents into terrorists, such as riots or human rights violations. After September 11, both Kurbaan (2009) and New York (2009) explored the causes of Islamic terrorism in the US.

There are also a significant number of Bollywood films in which the Muslim is portrayed as a victim of circumstances, not automatically shunted into a terrorist box. These include 2015’s Bajrangi Bhaijaan (a massive hit; it deliciously flips stereotypes, by having Salman Khan, a Muslim actor, play Bajrangi, a devout Hindu, for whom humanity is above religion, and who reunites a Muslim Pakistani girl with her family in Pakistan); Ek Tha Tiger (another big hit starring Salman Khan, the 2012 movie had the secret agents of India and Pakistan fall in love and elope); Mahesh Bhatt’s autobiographical Zakhm (1998), set amid Mumbai’s communal riots; Yash Chopra’s Veer-Zaara (2004) and Shyam Benegal’s Mammo (1994) and Hansal Mehta’s Shahid (2012).. In Manmohan Desai’s Coolie (1983), Amitabh Bachchan plays Iqbal, a coolie fighting for justice, whose girlfriend is Christian, and his best friend, a Hindu. Nandita Das’s superb Firaaq (2008) and Rahul Dholakia’s Parzania (2005) were also courageous films, set in the backdrop of the 2002 Gujarat communal riots and their aftermath, that were empathetic to the victims.

In India’s other cinemas, Subodh Bhave’s musical film Katyar Kaljat Ghusli (A Dagger through the Heart, Marathi), portraying a Muslim Hindustani classical music singer as arch villain, was a big hit last year. Mani Ratnam’s Bombay (in Tamil, dubbed into Hindi in 1995) focussed on a Hindu-Muslim love story in the time of the city’s communal riots. Dr Bijukumar Damodaran’s 2005 film Saira (Malayalam), shown at Cannes, has a gutsy Muslim woman TV reporter fall victim to religious extremism; while RS Vimal’s 2015 film Ennu Ninte Moideen (Malayalam) was based on the real-life love story of Moideen and Kanchanamala, set in the 1960s.

But My Name is Khan was sui generis: Shah Rukh Khan plays Rizwan Khan, who marries a Hindu, and when their son is killed in an Islamophobic attack, he journeys to tell the American president that, “My name is Khan and

and Image Nation Abu Dhabi. So, in addition to diaspora territories in the

UK, US and Middle East, it earned a healthy box office in Germany, Poland, Egypt, Lebanon, South Africa, Hong Kong, Malaysia and Indonesia. This worldwide footprint, for a film on the Muslim viewpoint, is significant.

French author Michel Houellebecq’s satirical book Submission suggests that in less than a decade, France will be ruled by the Muslim Brotherhood—not mad mullahs, but moderate Muslims. French economist Thomas Piketty, author of the best-seller Capital in the Twenty-First Century, writes that the key reason for the spread of the Islamic State (IS) terrorism is inequality and exclusion in the Middle East: About 16 percent of its population—mainly oil monarchies—control 60 percent of its gross domestic product. As inequality and exclusion are rife in India as well, it is worth pondering on the consequences of marginalisation of minorities in real life—and on screen.

Tweets by @forbesindia
India's power sector to attract $1 trillion in investments by 2030: Goyal
Cost of defence acquisition can be reduced by 25%: Manohar Parrikar