The Social Experience Of Going To The Movies 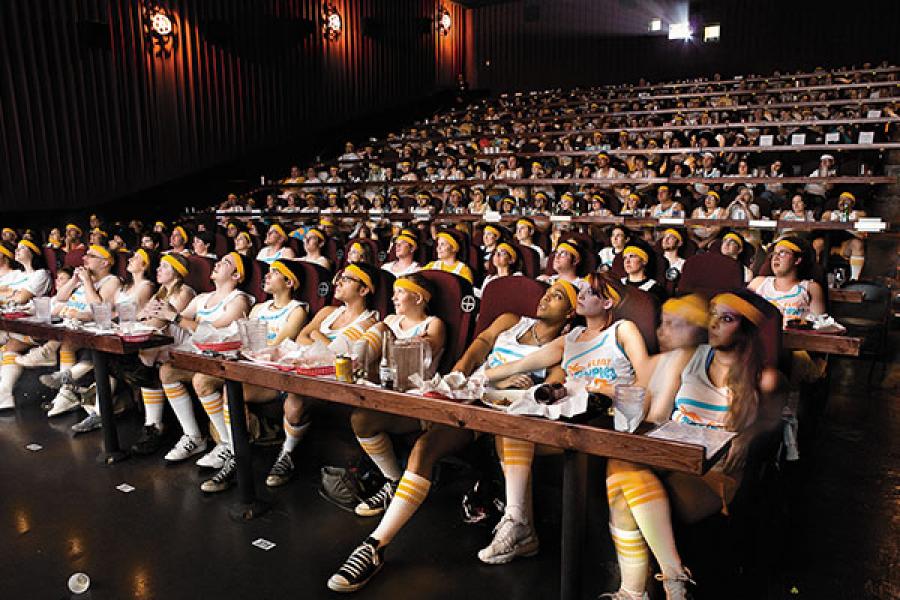 The big picture: From a modest family garage-turned-theatre in Austin, Texas, Alamo has grown into a US-wide chain, by being “a theatre set up by movie fans for fans”

“We have a zero-tolerance policy towards talking and texting
during the movie. If you talk or text, you will receive one warning.
If it happens again, you will be kicked out without a refund.”

I had never thought I would get to hear these golden words in my life. It is the policy of Alamo Drafthouse Cinema (ADC), originally from Austin, Texas, and now, a nationwide theatre chain in the US. Alamo believes that the cinema experience is paramount. In fact, as movies get bigger, theatres are getting smaller: Intimacy is in. In cities worldwide, keen to lure viewers away from DVDs and online options, micro theatres, pop-up theatres and speciality theatres are upping the ante
in making movie-watching a more enjoyable, memorable, and social experience

At the Melbourne International Film Festival, where I was invited as an International Mentor on the Critics’ Campus, I discovered that Ghita Loebenstein (coordinator of the Campus) had been independently running Speakeasy Cinema, a pop-up cinema, since 2009. “Mainstream cinemas are like airport lounges,” she huffed, adding that she was inspired by America’s ADC.

She has organised film screenings at various venues in Melbourne, including the Capitol Theatre, Shebeen and Rooftop Cinema. She carries her own projector, sound system and portable screen. Her mantra: Good films, food, wine and interesting conversation. Her aim is to have “a speakeasy with programming, a café, and a studio [for question-answer sessions] all together, adding up to a great social experience”. She does the programming herself, seeking overlooked film jewels that rarely find big distributors.

Film lovers in urban India, the poor mutts, are largely resigned to soulless multiplex theatres, and feel ‘cool’ if snacks are delivered at their seats. But theatres worldwide are offering exciting, mind-boggling options to enhance the movie-viewing experience.

In New York, Nitehawk and iPic offer in-theatre drinking and dining, while chains such as ADC and AMC Dine-In Theatres offer this service nationwide. Melbourne’s Forum Theatre has alternating rows of benches and tables for viewer-diners, while Big Cinema’s Cine Diner at R-City Mall in Ghatkopar, Mumbai, too, combines movies with a plush dinner service. The Cine de Chef in Seoul, which combines movies with fine dining, with just 30 seats and a private elevator (tickets at  $54), has been described as resembling “a Hollywood A-lister’s private screening room”.

Other theatres raise the bar even higher. At the Nokia Ultra Screen in Bangkok, your movie ticket comes with complimentary snacks and a foot massage, if you please. Le Grand Rex in Paris has spectacular dancing fountains with 1,200 water jets shot from onstage, during family-friendly films like Madagascar 2. And the CGV Cheongdam Cine City in Seoul has a ‘4DX’ theatre offering an “immersive movie experience” with movies in 4D—which are 3D movies but with wind, water and fragrance effects, as well as moving seats (they sprayed audiences with seawater during the screening of Titanic). 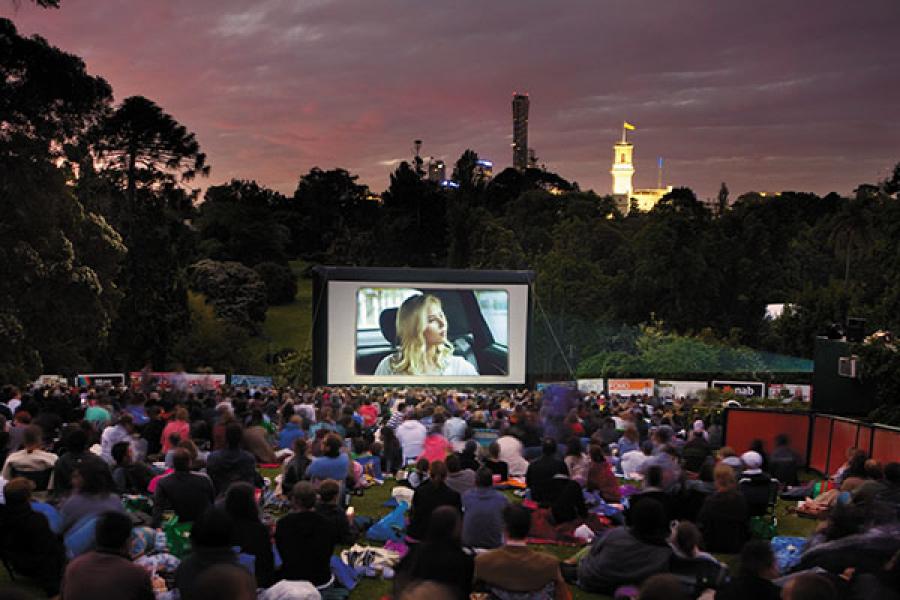 New-age cinema: An open-air theatre in Melbourne, Australia. Theatres worldwide are offering exciting options to enhance the movie-viewing experience
Beyond the tricks, the ADC, which Time magazine called the “best theatre ever”, is in another league. From a modest family garage-turned-theatre in Austin, Texas, run by Tim League and his wife, Alamo has grown into a US-wide chain, by being “a theatre set up by movie fans for fans”. Since its first year (1997), Alamo has drawn devoted fans and visiting filmmakers, including Quentin Tarantino, who even hosted a five-day marathon screening of film titles from his personal collection there. The Alamo has alternating rows of seats and tables for dining during the movie, with waiters who duck and scurry along the tables, discreetly delivering orders. Its programming includes mainstream and genre films, world cinema, documentaries, and films for young adults.

The company has since expanded to include Drafthouse Films, its film distribution arm that boasts of titles including Four Lions, the jihadi comedy, Joshua Oppenheimer’s documentary The Act Of Killing, Ben Wheatley’s A Field In England and Ari Folman’s The Congress. It distributes films theatrically, through home video, video-on-demand and direct-to-consumer platforms. Alamo participates in the SXSW Film Festival, and organises its own Fantastic Fest, the largest genre film festival in the US which specialises in horror, fantasy, sci-fi and action movies. The festival is held at the ADC outlet in Austin, Texas.

Its programming spin-offs get the crowd going: The Hundred Foot Journey was paired with a special menu which included coriander-crusted tuna, saag goat cheese crepes, vegetable vindaloo and Mango-Fleur de Sel Lassi. After a screening of Katrin Gebbe’s Nothing Bad Can Happen, which had earlier played at Cannes, the organisers held a theological conversation on faith with a pastor, a zen monk, and the author of a book on dying. They even have ‘The Big Lebowski Quote-Along’ and ‘Totally ’80s Sing-Along’ parties (when the movie theatre is turned into a dance club with VJs, specially subtitled music videos, and viewers are encouraged to sing and dance).

But Alamo is about much more than the movies. Its vision is to build communities, for which it supports local breweries, fresh food suppliers, local bands, DVD stores and more. When Scarecrow Video, a large, independent video library in Seattle, began a Kickstarter campaign to help preserve its films and share them with a larger community, ADC chief executive League wrote on his website, “It is our duty and obligation as movie fans to support their mission and help them evolve, strengthen and grow. A future without Scarecrow Video is an apocalyptic wasteland. Do your part.”

Unfortunately, I don’t see anyone in India yet, with that combination of commitment to cinema and a shrewd business sense. Still waiting for ‘Le Big Mac’ combo.

Meenakshi Shedde is India Consultant to the Berlin Film Festival, an award-winning critic and curator to festivals worldwide