When films reveal the ugly truth

Despite many bans, cinema has been questioning religious faith for over half a century 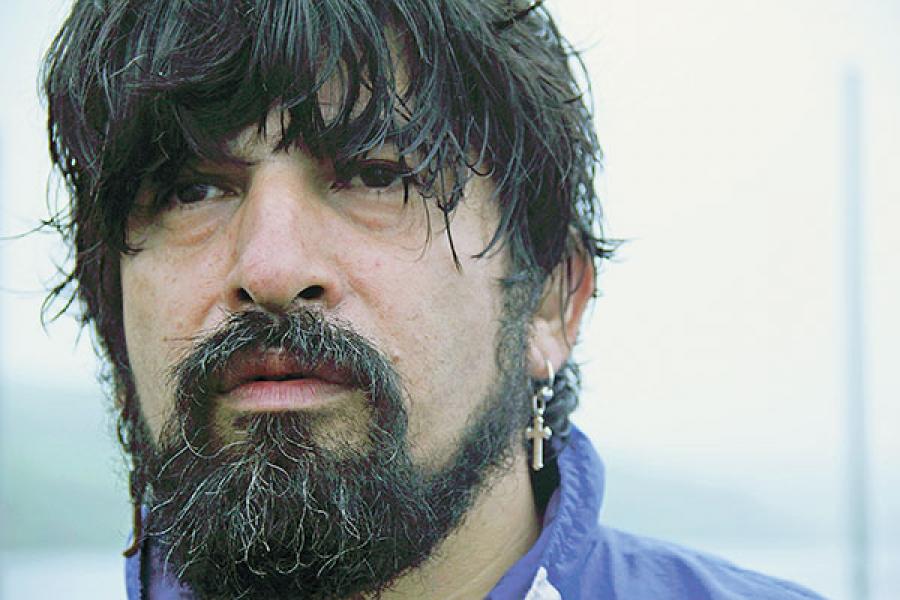 Dubious club: Pablo Larrain’s The Club is about a group of scandal-tainted priests who have been cast out by the church for paedophilia and kidnapping the babies of unwed mothers

One of the most acclaimed films of the berlin Film Festival this year was The Club, which won the Silver Bear Grand Jury Prize. Directed by Chilean director Pablo Larrain, the film is about a group of priests living in a remote, kind of semi-retirement home. It turns out they are, in fact, scandal-tainted priests, who have been cast out by the church for paedophilia, political corruption, and even kidnapping the babies of unwed mothers (based on real-life incidents in Chile in 2014). As far as the church goes, it is out of sight, out of mind. Until a local, who recognises one of the priests as the one who had sexually abused him when he was young, publicly denounces him—and the guilty priest commits suicide. A new, young priest is sent to sort out the compounded horror—but there is no easy solution, is there?

The Club has been widely praised for the brutal honesty, complexity and empathy with which the director has addressed religious issues and the transgressions of the church. Variety lauded “its unwillingness to dispense swift moral judgements”, and The Guardian wrote, “The film’s compassion is strongly felt, its mordant humour glinting like a blade”, while The Hollywood Reporter said, “It’s a damning portrait of a religious order that exiles its more offensive elements in order to save face, yet does nothing for its many victims of abuse… (it brings) notions of faith back into the picture, while asking us to question what being a good Catholic really means: Going to church or helping your fellow man.”

This made me reflect on Rajkumar Hirani’s PK and the uproar it caused in India. This courageous film starring Aamir Khan is a delicious exposé of blind faith and religious fraud in India. It puts all the major Indian religions—Hindus, Muslims, Christians—in the picture and questions what faith really means to us today, as corporatised religion and ritualistic mumbo jumbo supercede humanity. Beyond being an enormous hit, the film exposed our flaky, insecure religious core as a nation.

Strident hordes leapt to oppose the film—theatres were vandalised, bans demanded, effigies burnt—unintentionally (I hope) supporting all those fraudulent babas, of whom there is no shortage on this planet. Long live all those mantra-spouting con artists showing us a shortcut to nirvana. Unlike The Club, PK does not even address issues like paedophilia, political corruption or murder by the ‘custodians’ of religion; its main villain is not even a practising priest in a temple, but merely one of those onstage showmen babas with a mass following. Yet, Indians have no stomach for even a generic truth—give us Bollytripe any day. 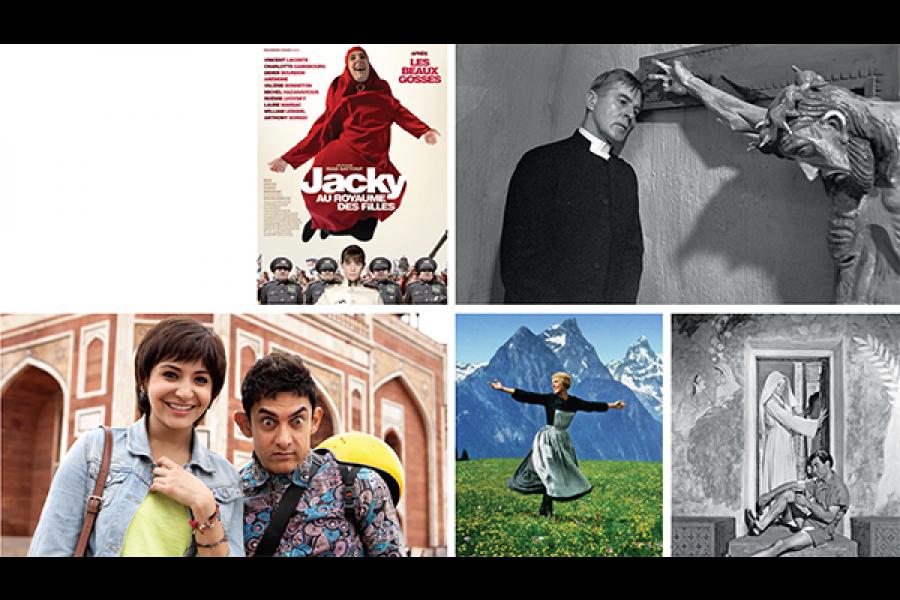 Image: Black Narcissus: Getty Images
Questioning faith: Over the years, several films across the globe have touched upon the issue of religion. (Clockwise from right) A poster of Jacky in the Kingdom of Women, stills from Winter Light, Black Narcissus, The Sound of Music and PK

Cinema has been questioning what religion means for over half a century. Ingmar Bergman’s Winter Light (1962) is about a cold pastor, unable to comfort those who seek his succour—like a man in dread of a nuclear holocaust—and also rejects the schoolteacher who loves him. But the film is about faith, explored through two other characters—the organist who is a clock-watcher, and a crippled man who rings the church bells, the only one who seems to have reflected on Christ’s suffering.

An even earlier film, Black Narcissus (1947), has more in common with The Club, as it explores sexual repression among a group of nuns who run a convent in a remote Himalayan village. The head nun is charmed by the local British agent, but a junior nun is obsessed by her desire for him, and driven over the edge. Directed by Michael Powell and Emeric Pressburger, and based on a Rumer Godden novel, this atmospheric film starred Deborah Kerr and Jean Simmons.

Films addressing the life of Christ, Christianity or its central ideas vary widely, and include George Stevens’s Hollywood epic The Greatest Story Ever Told (1965), Denys Arcand’s Jesus of Montreal (1989), Mel Gibson’s The Passion of the Christ (2004), Catherine Hardwicke’s The Nativity Story (2006) and John Michael McDonagh’s Calvary (2014). There is, of course, The Gospel According to St Matthew (1964), the classic directed by Pier Paolo Pasolini, a gay Italian Marxist and, at times, atheist. And along with the deliriously side-splitting Monty Python’s Life of Brian by Terry Jones (1979), Martin Scorsese’s The Last Temptation of Christ (1988) provoked calls for bans, but they were also intended to jump-start discussions on what faith means in reality.

But for sheer outrageous satire and a send-up of religion, it is hard to beat the French film Jacky in the Kingdom of Women (2014) by Riad Sattouf. In his latest film, the Paris-born, Franco-Syrian director skewers sexist attitudes, authoritarian regimes and Islamic fundamentalism by flipping stereotypes on their head, and wrapping it all in a Cinderella story. The story is set in Bubunne, a North Korea-like authoritarian state, ruled by female military generals. Young hero Jacky dreams of marrying the General’s tough daughter, the Colonel (Charlotte Gainsbourg), who throws a grand ball to choose the “Big Dummy” she will marry. When Jacky’s dream finally comes true, it is a gender bender climax you could hardly anticipate. Really, only the French would dare to produce a satire in which all the men of the land wear full-length white burqas, with a ring at the neck on which to snap on a dog-leash that they offer to the women they hope to marry. The film takes on much more than fundamentalism of a particular religion, and makes us question deeply entrenched patriarchal attitudes and authoritarianism in all societies.

And no, we did not forget The Sound of Music (1965), featuring Maria, the singing nun. One of its evergreen songs has the line, ‘Maria’s not an asset to the abbey’. But that’s OK—it is precisely why the film would still do great business.

Tweets by @forbesindia
The world's billionaires: 1,826 with an aggregate net worth of $7.05 trillion
Bill Gates tops list of the world's 50 richest